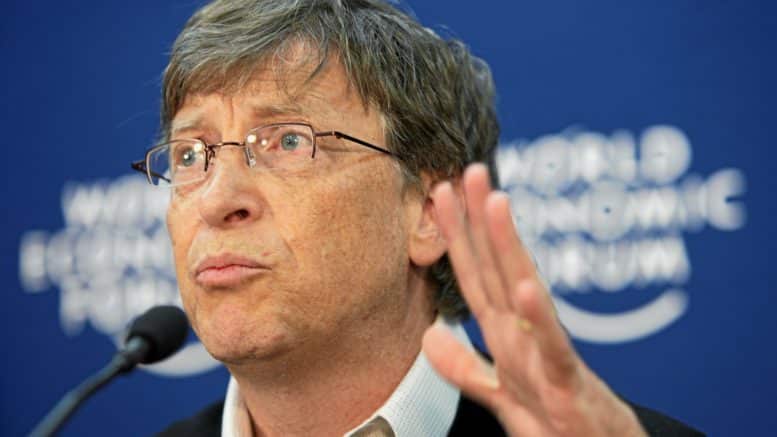 After admitting to the mess it made with Common Core State Standards, Gates is moving on with a brand new experiment to reform education in America. Gates, a consummate Technocrat, wants “to see faster and lasting change in student achievement.” ⁃ TN Editor

Marking a new chapter in education philanthropy, the Bill & Melinda Gates Foundation will step back from its traditional education reform agenda to instead invest close to $1.7 billion over the next five years on new initiatives that include a focus on building networks of schools.

“Education is, without a doubt, one of the most challenging areas we invest in as a foundation,” Bill Gates is expected to say Thursday during a speech at the Council of the Great City Schools’ annual conference in Cleveland, according to prepared remarks. “But I’m excited about the shift in our work and the focus on partnering with networks of schools.”

In a sprawling address, the Microsoft co-founder and co-chair of one of the most influential and contentious entities involved in the education space plans to reflect on lessons learned about the foundation’s efforts and how those lessons will play into its revamped vision for the future.

“There are some signs of progress,” Gates is expected to say of past efforts. “But like many of you, we want to see faster and lasting change in student achievement.”

During the Gates Foundation’s involvement in education philanthropy over nearly two decades, the organization – of which Bill Gates’ wife, Melinda Gates, is also a co-chair – has poured billions of dollars into advancing new ideas and played an especially significant role in the rise of the education reform movement. Yet it has been widely criticized for funneling funding into what some consider silver-bullet policies or the latest education fad.

One of the foundation’s first serious forays into K-12 policy was its push for smaller schools – a contentious idea that yielded mixed results.

While it had a positive impact in some places – such as New York City, where graduation and college enrollment rates increased for the majority of smaller-scale schools – it didn’t move the needle in many other places and ultimately was deemed too costly, both fiscally and politically, to replicate successfully.

The foundation’s biggest bets, however, were in its decision to back the Common Core State Standards – academic benchmarks for what students should know by the end of each grade – and its push to reimagine teacher evaluation and compensation systems based in part on student test scores.

That effort dovetailed with the Obama administration’s competitive education grant program, Race to the Top, which gave states hundreds of millions of dollars to carry out those very education policy changes, among others. The Gates Foundation was instrumental in helping states that won the funding but lacked the capacity and expertise to go it alone and carry out their winning proposals.

The results of those efforts, however, also were mixed.

The District of Columbia, for example, is hailed by many education policy experts as a model for how school districts can create evaluation systems that retain and reward the best teachers while showing the least effective ones the door. But some states, like Tennessee, have had a harder time sticking to their original visions, largely due to the politicization of Common Core, which led to a chain reaction in how states were able to test students and make the results of those tests part of teacher evaluations and pay scales.

In May 2016, Sue Desmond-Hellmann, CEO of the Gates Foundation, offered somewhat of a mea culpa for the foundation’s misread of how ready – or not ready, as it turned out – states were to handle implementation of the Common Core standards.

No, you all don’t understand. It was never about CCSS. Those standards were used to set up the digitization of education. They don’t need it anymore. That transition has already happened. They are moving into blended online “personalized” learning driven by AI.

Right on point Alison! It’s difficult to be a teacher, watching it happen, while others are willingly complying, all in the name of “progress.”

Please keep your money and stay out of education! Kids were smarter in the sixties than they are now! They didn’t have computers! Everything was taught on the chalkboard! Now, they just throw out stuff to see what sticks! They race through things and the kids never really grasp it! But, maybe that’s what you are trying to achieve!

Let’s hope Gates learned from his mistakes. When Gates and the National Governors Council partnered to establish Common Core, their committee of 66 only had ONE k12 teacher. The rest were pervayors of college tests or PhD’s who had never set foot in a classroom. Gates even boasted about doing an end run around teachers, school boards and education officials in order to push through his agenda faster. He arrogantly ignored alerts to a massive shift in time and funding away from school nurses, electives and after-school programs that his tech-heavy approach required. It never occurred to him that Common… Read more »

Why can’t this TOAD keep his mitts out of every one else’s business? Now that he’s completely destroyed the education system in this country, he’s going to move on to the next thing that will destroy this country. If he’s not off putting his nose into other countries business, he’s here destroying every thing he touches.

Stop using my kid and this generation as your guinea pigs… send your money to real educators and let them decide. Not business people.