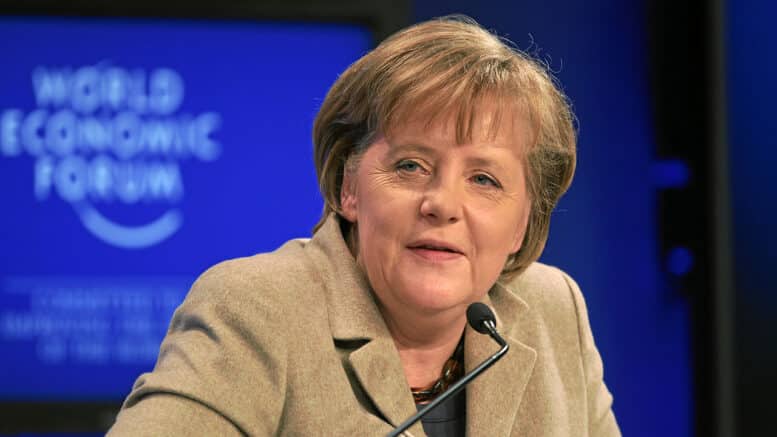 Please Share This Story!
PDF 📄
When power turns to madness, governments have no restraint in creating isolation camps for detractors, as in Germany. The Technocrat destruction of liberty, freedom and the world’s economic system is tumbling to conclusion, but will the citizens of the world mount an effective resistance? ⁃ TN Editor

Germany’s worst Covid rule breakers will be held in detention centres under new proposals being drawn up by a number of state governments.

The move forms part of the country’s efforts to stop the spread of the more contagious mutant strain of the virus detected in the UK last month.

In the eastern state of Saxony, people who ignore lockdown measures will be held in a cordoned-off part of a refugee camp being built next week.

State authorities have said the centre will only be used for those who repeatedly breach self-isolation requirements.

A similar scheme will be used in neighbouring Brandenburg, while in northerly Schleswig-Holstein rule breakers will be held in a part of a juvenile detention centre.

The southwestern state of Baden-Württemberg will reportedly use rooms in hospitals.

The country’s regional governments have powers to hold people who flout lockdown requirements under the Disease Protection Act, first passed by the federal parliament in March, Die Welt repots.

Germany won praise for its early handling of the pandemic, though has seen cases rise in recent months.

The government is also keen to avoid the spread of a mutant strain of the virus first detected in Britain in December.

The strain is thought to be up to 70 per cent more contagious than the original, and to be a contributing factor to a recent surge in cases in the UK.

The Mr. Magoo Presidency    Many of you may remember Mr. Magoo as the character in an old cartoon from the 1960’s starring an elderly, wealthy, short-statured retiree who gets into a series of comical situations as a result of his extreme near-sightedness, compounded by his stubborn refusal to recognize the problems he encounters.    Joe Biden in his fog of confusion is the incarnation of Magoo.  As our new President stumbles into office while inheriting an America in troubled times, Sleepy Joe will bounce from one crisis to another becoming the most inept American President in modern times. President Magoo will… Read more »

Oh yeah, I rememberr Mr. Magoo! If you haven’t seen this Youtube video on Biden…oops, I mean Mr. Magoo, then you need to be see it! It’s a Mr. Magoo moment, a FEW TIMES!

I don’t know where the comment is, that I made here earlier! I’ll check back later…

How was Trump any better?

Everyone should read Dr. Stefan Lanka’s new book, perhaps the most important book of your life: https://coronistan.blogspot.com/2021/01/die-wahrheit-uber-das-coronavirus-die.html “Corona – further into chaos or chance for EVERYONE? In this book you will find the details and the story that led to the Corona crisis. The clues to biology, which make the actual causes of disease and apparent transmission clear, are supplemented by the summary refutation of the claims that there are disease-causing viruses. If the fear is gone and the mind works again, it becomes clear that the virologists who claim disease-causing viruses have refuted themselves through their own publications and… Read more »

Yes indeed, Dr. Andrew Kaufman has made that clear too, that no virus has ever been isolated and proven to actually exist–including measles, polio, smallpox, sars cov 1 and 2, and all flus. He says that all pathogens that are contagious are bacterial phages.

You Would Think That The Current German Government Would Have Learned From The Lessons From Their Government’s Horrific NAZI Past Of 76 Years Ago, And They Would Never Allow Anything Like That To Ever Happen There Again, But I Guess That If People Do Not Learn From The Horrific Events Of Their Past, That They Are Destined To Repeat It Again, But I Will Digress And Just Shake My Head In Confusion And Sorrow . . . ;-( They Still Have Several Of The Remaining WWII NAZI POW, Concentration & Extermination Camps There For All To Go To And See… Read more »

“Refugee Camps”….. Concentration Camps? Ah yes, how history is bound to repeat itself.

Yeah, that makes sense. Especially with all the articles that I’ve collected, about “the dot”, some ink thingy put into you, that…one, makes a scanner being able to read, that you have had a vaccine, and two, this could continue, into the practice of giving everyone, “the mark”, and practice for putting these people into camps, when they won’t take the mark! Just a practice run, I’m imagining… But surely, if enough people of Germany heard about this, and realize it’s true, wouldn’t they rise up?? I sure pray that they would, and I would surely support them! There was… Read more »

Thank you so much for keeping us “in the know”! It’s really good to know what’s happening around the world, besides just our country! Good or bad….thanks again!

Oh yes a new mutant strain invented in UK, I mean ‘detected’…. and how do they know that THIS virus ,that apparently they have isolated and identified is different from the Original world hoax virus which as yet has NOT been isolated or identified other than a computer model… but never mind the facts ..make sure you get the Experimental Nazi style Bio weapon Jab, what can go wrong, other than it makes you a GMO product not human any longer, plus you now have chimpanzee illness and HIV cells to enjoy. Under the Nuremberg Code, No one can force… Read more »