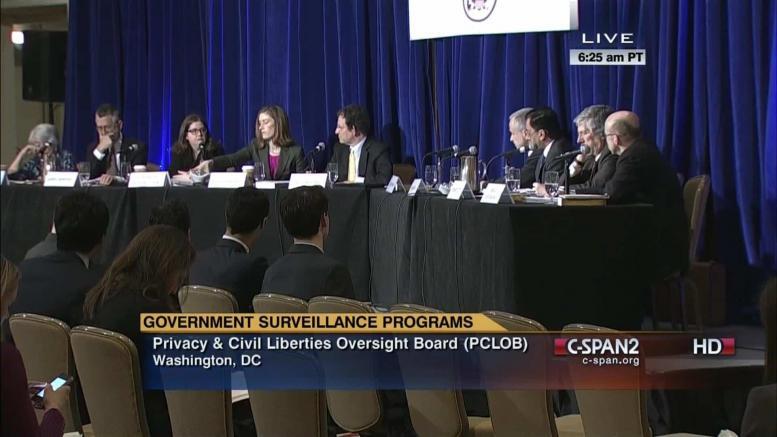 Posted By: Chris Mills Rodrigo via The Hill January 28, 2020

Please Share This Story!
PDF 📄
PCLOB is a federal watchdog agency that advises Congress and the Executive on privacy issues. It is being actively lobbied by privacy groups to issue a recommend a ban on facial recognition in America. ⁃ TN Editor

The Privacy and Civil Liberties Oversight Board (PCLOB), an independent agency, is coming under increasing pressure to recommend the federal government stop using facial recognition.

“The rapid and unregulated deployment of facial recognition poses a direct threat to ‘the precious liberties that are vital to our way of life,'” the advocacy groups wrote.

The PCLOB “has a unique responsibility, set out in statute, to assess technologies and polices that impact the privacy of Americans after 9-11 and to make recommendations to the President and executive branch,” they wrote.

The agency, created in 2004, advises the administration on privacy issues.

The letter cited a recent New York Times report about Clearview AI, a company which claims to have a database of more than 3 billion photos and is reportedly collaborating with hundreds of police departments.

It also mentioned a study by the National Institute of Standards and Technology, part of the Commerce Department, which found that the majority of facial recognition systems have “demographic differentials” that can worsen their accuracy based on a person’s age, gender or race.

The PCLOB did not immediately respond to a request for comment on the letter.

Several bills have been introduced, addressing the technology’s use by police and public housing administrators, but no legislation has advanced through Congress.