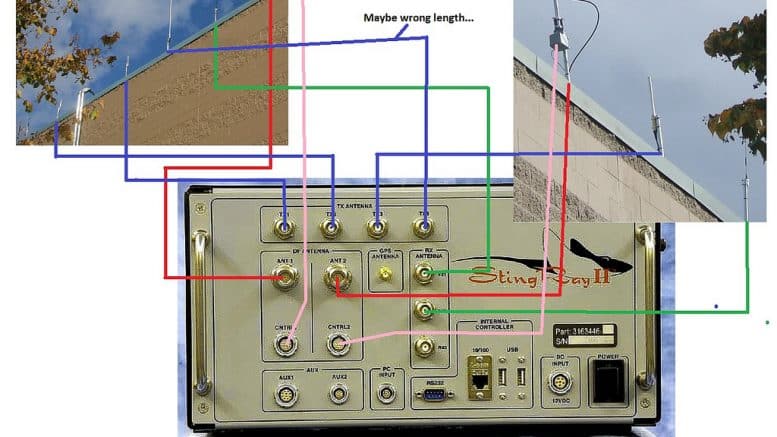 Technocrats have no regard or respect for politicians; that Harris, a giant military contractor, would require its clients to sign a Non-Disclosure Agreement is brazen and not legal. It effectively sets up a secret society of surveillance professionals. ⁃ TN Editor

The FBI set the first (and second!) rules of Stingray Club: DO NOT TALK ABOUT STINGRAY CLUB. Law enforcement agencies seeking to acquire cell tower spoofing tech were forced to sign a nondisclosure agreement forbidding them from disclosing details on the devices to defendants, judges, the general public… sometimes even prosecutors.

A new wave of parallel construction washed over the land, distancing defendants from the source of evidence used against them. Pen register orders — used to cover the tracks of Stingray searches — started appearing en masse, as though it was 1979 all over again. If curious lawyers and/or judges started sniffing around, agencies were instructed to let accused criminals roam free rather than expose details about Stingray devices. According to the FBI, public safety would be irreparably damaged if Stingray details were exposed. Apparently the return of dangerous criminals to the street poses no harm to the public.

Another NDA has been uncovered, thanks to a lengthy public records lawsuit. The document finally handed over by Delaware State Police to the ACLU was once referred to as “mythical” by the DSP in court. Yes, the State Police once claimed this NDA never existed. It did so while claiming it had zero communications with Harris while acquiring its Stingray. The ACLU obviously found this hard to believe and the court sent the DSP back to search harder. The Harris NDA is real. And it’s spectacular.

The agreement, signed by a state police detective in 2010, stated that officers could not “discuss, publish, release or disclose any information pertaining to the (cell phone tracking) products” to the general public, to companies, to other governmental agencies, or even to other officers who do not have a “need to know.”

A letter attached to the agreement, and signed by Harris Corp.’s account manager, said police are not permitted to talk about the devices with “elected officials.”

“Stealth, quiet approach and skilled execution are the glue that transforms weapons and technology investments into capabilities and results,” Harris Corp.’s Michael E. Dillon said in the letter. “Only officers with arrest authority are permitted to use them (Stingrays) or have knowledge of how they work.”

Harris cited federal law for the conditions in the agreement, which it stated is similar to other “intelligence oriented aspects of your operations.”

Yes, Harris is deliberately misconstruing federal law to ban law enforcement agencies from discussing its devices with anyone, including those who oversee departments and their spending. This means the public has zero chance of knowing what surveillance tech local officers are deploying. The part of the law cited by Harris — 18 USC 2512 — simply forbids entities who are not (a) wireless service providers or (b) government contractors from advertising or selling tools that intercept wireless communications. It has absolutely nothing to say about discussing these devices with other government entities (or the general public for that matter).

“Every decent man is ashamed of the government he lives under.”
— H. L. Mencken