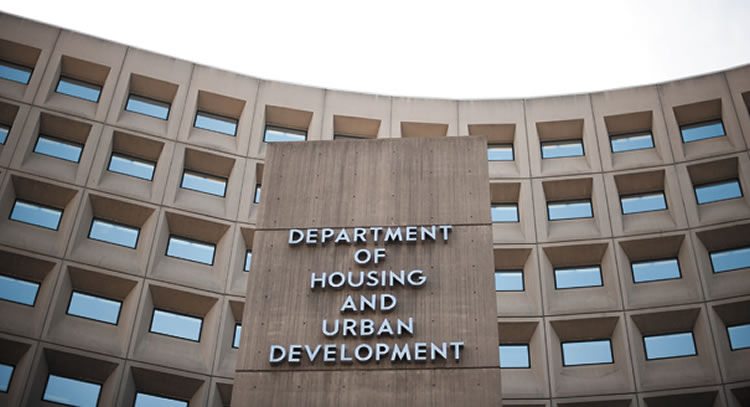 One year ago, the New York Post released “Obama collecting personal data for a secret race database.“ In fact, his “secret race database” was merely a subset of the massive data collection scheme hatched by George W. Bush when he established the Office Of The Director Of National Intelligence in 2005. The DNI restructured all US intelligence agencies to create a unified data collection behemoth. The NY Post concluded, “Obama is presiding over the largest consolidation of personal data in US history.”

The first political use of this massive data base is Obama’s  HUD grant program. The NY Post noted this in 2015:

“Federally funded cities deemed overly segregated will be pressured to change their zoning laws to allow construction of more subsidized housing in affluent areas in the suburbs, and relocate inner-city minorities to those predominantly white areas. HUD’s maps, which use dots to show the racial distribution or density in residential areas, will be used to select affordable-housing sites.” [emphasis added]

Tom’s article analyzes the details of Obama’s nefarious plan to use HUD to destroy the very fabric of American cities.  ⁃ TN Editor

America’s homeowners should be shaking in their shoes. The federal government has decided that people who have worked, saved and planned so they can buy homes in nice, safe neighborhoods of their own choosing, are racists. They charge that it is a “social injustice.” The government now claims that it’s unfair unless everyone can have the same, whether they earn it or not. And it doesn’t matter whether they can afford such a home. We’re told that it’s racist to deny someone an equal home, just because they don’t have the money for it. White privilege, don’t you know.

You may be watching the “Black Lives Matter” protests taking place on city streets around the country. You may be alarmed that such violence can happen in your downtown. And you may wonder what is behind such activity. Well, get ready for the same kind of threats and violence to possibly come directly into your own neighborhood simply because you have a nice house.

Does that sound far fetched? Well you need the details on how the federal Housing and Urban Development agency (HUD) is working to enforce its new rule called Affirmatively Furthering Fair Housing (AFFH).

Social Justice is the name of the game under AFFH. That means the rule of law is dismissed in favor of “fairness.” Social Justice is enforced on us using pure emotion, basically operating on the level of a twelve year old girl in a pet shop who doesn’t like seeing the puppies with their sad eyes looking out from a cage. “Let the poor little doggies out,” she cries. Social Justice is purely based on redistribution of wealth. Your wealth. That’s money you worked for, saved, invested, and protected for YOUR needs; YOUR dreams; YOUR future.

“SELFISH,” cries the social justice mongers. Why should you have so much when others have so little? Never mind that you had to save your money while forced to pay 50% of it in taxes that theoretically went to those less fortunate. The fact is, there is no “justice” in such a policy. Envy, desire, jealousy and theft are much closer to the truth.

Do you think that sounds harsh. Well, Mr. and Mrs. Property Owner, tell me how harsh this sounds! As reported by John Anthony of Sustainable Freedom Lab:

These are the rules your locally elected representatives are forced to agree to in order to get that “free” grant money. And nearly every city council and county commission in the nation has already taken such grants.

Now ask yourselves, just why HUD would be so insistent in demanding that the community tie itself to the so-called civil rights groups in order to get the grant. The answer to that question is diabolical.

You see, if the community hesitates to comply in any way; perhaps local voters decide to turn down a program, or there aren’t enough local funds to fully comply, then HUD has a secret weapon waiting for them. Lack of compliance, in HUD’s eyes, results in law suits over civil rights violations.

The civil rights groups them become a useful tool. They start protests and demand “fairness.” They get on television. They pressure city hall. And to the rescue comes HUD with its own law suits.

Baltimore, Maryland became one of the first cities to feel such pressure and threats as the NAACP sued Baltimore over alleged housing segregation. The NAACP argument was that Section 8 subsidized housing programs “bunch people together, and that only fuels more crime and other problems.”

The solution, says the NAACP is to “integrate the poor among wealthier families.” Outrageous as it sounds, such social justice mongers actually accuse those living in affluent neighborhoods of “self segregation for white privilege.”

The pressure from these groups, along with the massive force of HUD backing them, has resulted in Baltimore being forced to agree to spending $30 million of tax-payer dollars over the next ten years to build 1,000 low income homes in affluent neighborhoods. The result will be a destruction of property values and the loss of equity for the homeowners. In short, destruction of earned wealth, leading to destruction of the middle class. That’s what socialism does. It creates more poor.

On top of that, Baltimore has moved to destroy the property rights of landlords by denying them the ability to not rent to people who can’t afford their properties. Of course the government doesn’t say it that way, preferring to pretend that denying people who can’t pay for your property as “discrimination.” And who will pay the landlord when he is stuck with the bill? The only result will be fewer landlords and fewer choices for housing.

In Portland, Oregon, the infamous “poster child” of federal Smart Growth development policies, the city council has now unanimously approved a new tax to raise $12 million per year to pay for “affordable housing.” “The lack of affordable housing is the greatest crisis facing our city right now,” says Commissioner Dan Saltsman. Perhaps he should take a long look at the twenty year Smart Growth history of Portland in which massive amounts of land were locked away to limit the “sprawl” of the city. This lead to land shortages, which led to bans on single family homes, which led to the need for massive high rise apartment buildings, all of which led to higher costs and shortages of homes. Now, they have a “crisis “of low income housings. Their solution now is another tax on construction, driving up housing costs even more.

Do they ever learn? Government control over every aspect of our lives, as demanded by socialism never works. High costs, shortages and sacrifice are the only result. It has never been different wherever it has been enforced.

Now HUD is rushing to enforce AFFH with a vengeance. HUD has raced to make Westchester County, New York the example for more suits. Right out of the new HUD playbook, a private civil rights group called the Anti-Discrimination Center sued the county under the Federal False Claims Act, claiming Westchester County lied when they filled out the HUD compliance form for their grant. Since there is no official definition of “Affirmatively Furthering Fair Housing” the definition is whatever HUD declares it to be. There is no way for the local government to win such a suit. The result of the suit against Westchester County was $62.5 million – a sum greater than all of the community development and related funding received by the county from HUD.

More suits are being filed against communities across the nation as HUD steps up its enforcement and local officials are scared, wondering what they can do to fight back, if anything. Some have tried to stand up to HUD, refusing to comply. But once the law suits are filed, and the “community organizers” start their pressure, most have quickly backed down.

Let’s make one thing clear. The civil rights legislation of the 1960s made it illegal to bar people from neighborhoods based on their color or ethnic background. It guaranteed them the opportunity. But it said nothing about forcing people into neighborhoods to live beyond their means. No one, no matter their color or ethnic background, has a right to force their way in to a neighborhood they can’t afford. Instead, they must do the same thing those who already live there did; work, save, invest and prepare. Then no one can stop them. It has noting to do with race or some perceived special “privilege.”

For twenty years we opponents of Agenda 21 and Smart Growth have warned of the dangers of taking these HUD grants. We were ignored and called conspiracy nuts. The result now is that HUD has taken the gloves off. There is no longer a pretense that any kind of local control over spending the grant money exists. HUD now controls your community. Property rights are dead, property values are dying, and the local officials you elected to guide your community have been rendered irrelevant by HUD mobsters who have come back to collect.

So what do local community representatives do? First and foremost STOP TAKING THE GRANTS!!!!! Second, stand up to these thugs who intend to rule our communities. Stand up to the law suits and stand up to the pressure of the special interest groups. In short, represent your community as you were elected to do. And finally, you might try listening to those of us who have studied these policies for decades instead of the slithering snakes of the American Planning Association and their ilk who fill their own pockets with those grants.

Our American liberties are counting on local and state officials to start standing on your own two feet and represent US, instead of cowering in a corner because you sold us down the river.

The American Policy Center is now working with officials who want to understand and fight back to save their communities. Recently we held a conference call for such officials. Here is a link to it so you can hear first hand of the dangers you are facing and some solutions for you to fight back. Perhaps this time you’ll listen.

Can a poor white guy earning less than $300,000 a year use these laws to seek affordable housing at Pebble Beach? I can’t afford 10 or 20 million for a house but I want to move in there with wife, 10 coon hounds, chickens, goats and 3 broken down 4 wheel drive trucks on blocks. Does anyone think it will work for hicks?

I doubt the idiots that pass this stuff are subject to it.

I live in a sundown town come on down and see how long you stay before some happen to you. Good luck