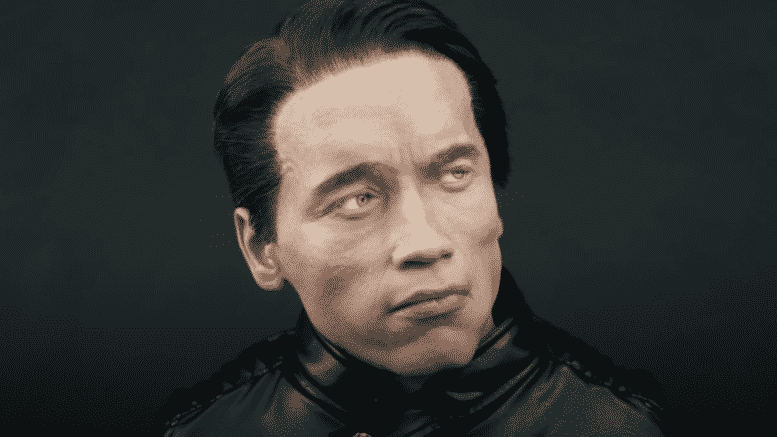 Please Share This Story!
PDF 📄
The Technocrat and Transhuman holy grail is not to augment the human experience, but to replace it all together, with AI hosting the souls of would-be immortals. The Android race now has a myriad of startups working feverishly to be first. ⁃ TN Editor

November 2019 is a landmark month in the history of the future. That’s when humanoid robots that are indistinguishable from people start running amok in Los Angeles. Well, at least they do in the seminal sci-fi film “Blade Runner.” Thirty-seven years after its release, we don’t have murderous androids running around. But we do have androids like Hanson Robotics’ Sophia, and they could soon start working in jobs traditionally performed by people.

Russian start-up Promobot recently unveiled what it calls the world’s first autonomous android. It closely resembles a real person and can serve in a business capacity. Robo-C can be made to look like anyone, so it’s like an android clone. It comes with an artificial intelligence system that has more than 100,000 speech modules, according to the company.

It can operate at home, acting as a companion robot and reading out the news or managing smart appliances — basically, an anthropomorphic smart speaker. It can also perform workplace tasks such as answering customer questions in places like offices, airports, banks and museums, while accepting payments and performing other functions.

“We analyzed the needs of our customers, and there was a demand,” says Promobot co-founder and development director Oleg Kivokurtsev. “But, of course, we started the development of an anthropomorphic robot a long time ago, since in robotics there is the concept of the ‘Uncanny Valley,’ and the most positive perception of the robot arises when it looks like a person. Now we have more than 10 orders from companies and private clients from around the world.

Postulated by Japanese roboticist Masahiro Mori in 1970, the Uncanny Valley is a hypothesis related to the design of robots. It holds that the more humanlike a robot appears, the more people will notice its flaws. This can create a feeling akin to looking at zombies, and can creep people out. A properly designed android that’s as faithful as possible to the human original, however, can overcome this “valley” (a dip when the effect is imagined as a graph) and the zombie factor.

While it can’t walk around, Robo-C has 18 moving parts in its face, giving it 36 degrees of freedom. The company says it has over 600 micro facial expressions, the most on the market. It also has three degrees of freedom in its neck and torso, offering limited movement. Still, Promobot says it can be useful in homes and workplaces. The price of the robot is $20,000 to $50,000 depending on options and customized appearance.

For more on tech, transformation and the future of work, join CNBC at the @ Work: People + Machines Summit in San Francisco on Nov. 4. Leaders from Dropbox, SAS, McKinsey and more will teach us how to balance the needs of today with the possibilities of tomorrow, and the winning strategies to compete.

The company says it’s building four Robo-Cs: one for a government service center, where the machine will scan passports and perform other functions, one that will look like Einstein and be part of a robot exhibition, and two for a family in the Middle East that wants to have android versions of its father and his wife to greet guests.

“The key moment in development [of Robo-C] is the digitization of personality and the creation of an individual appearance,” says Kivokurtsev. “As a result, digital immortality, which we can offer our customers.”

Great promotion image up top–very catchy. Of course, the first and main interest here is for the Robo-C to be equipped to take MONEY.