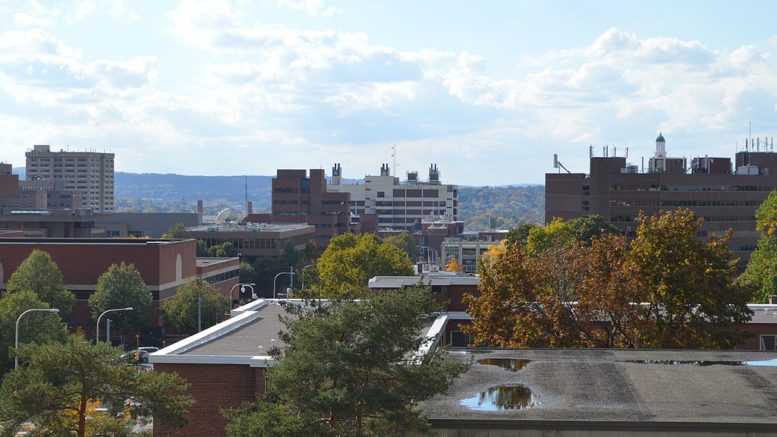 Please Share This Story!
PDF 📄
Technocrats at Microsoft will promote application development for 5G, Internet of Things and artificial intelligence, in a quest to flood cities with Smart City command and control systems. ⁃ TN Editor

The software giant Microsoft plans to open a hub in Syracuse aimed at developing uses for new technology, aiding tech start-ups and training the workforce of the future.

Microsoft will establish a “Smart Cities Technology” hub as part of Mayor Ben Walsh’s Syracuse Surge plan to bolster the regional economy with high-tech jobs. It’s Microsoft’s third such hub in the nation and the first in the Northeast.

“It’s significant for us,” Walsh said Tuesday afternoon. “It’s third-party validation not only of the Surge and the strategy, but the partnership and leadership we have in the community.”

Details of Microsoft’s physical location in Syracuse haven’t yet been finalized. Walsh said the software company plans to locate somewhere on the south end of downtown in the footprint of the pending Southside Campus for the New Economy. Microsoft will staff the hub with its employees, though city officials weren’t sure how many.

For now, Walsh has asked the Common Council to approve a memorandum of understanding between the city, Onondaga County, Syracuse University’s iSchool and Microsoft. The council could vote on that agreement as early as Monday.

The agreement formalizes a three-year partnership between the school, the governments and the tech company and outlines some of what Microsoft will bring to Syracuse.

According to that agreement, the hub will be a resource for entrepreneurs and start-up companies, providing consulting services, education and training on burgeoning technology like 5G, artificial intelligence and the Internet of Things.

Microsoft has also agreed to sponsor public events here, including an “innovation summit” to be held next year for local and national tech experts.

Onondaga County Executive Ryan McMahon said the Microsoft agreement is just the next step toward transforming Syracuse and the region.

“What we think of as downtown today won’t be what it is going forward,” McMahon said. “You’re going to have this young tech corridor, more high-tech manufacturing…I’m ecstatic.”