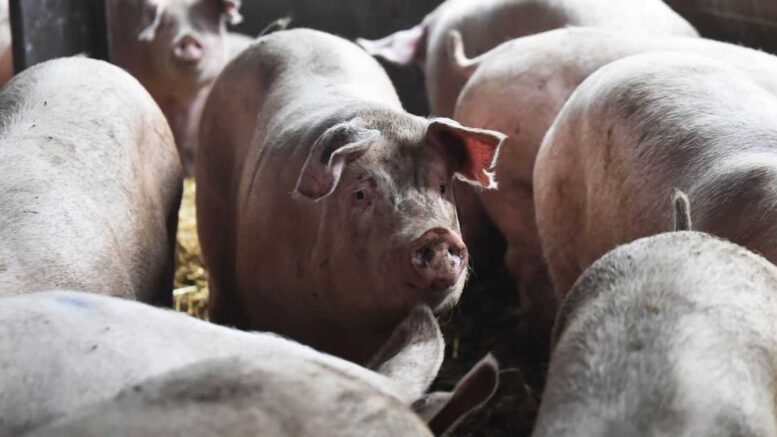 Please Share This Story!
PDF 📄
The more DNA sequences are documented in living species, the more Technocrat/Transhuman scientists want to engineer them for other uses. This is a dangerous and slippery slope for all living creatures because there are no limits to say how much is too far. ⁃ TN Editor

Surgeons in New York have successfully attached a kidney grown in a genetically altered pig to a human patient and found that the organ worked normally, a scientific breakthrough that one day may yield a vast new supply of organs for severely ill patients.

Although many questions remain to be answered about the long-term consequences of the transplant, which involved a brain-dead patient followed only for 54 hours, experts in the field said the procedure represented a milestone.

“We need to know more about the longevity of the organ,” said Dr. Dorry Segev, professor of transplant surgery at Johns Hopkins School of Medicine who was not involved in the research. Nevertheless, he said: “This is a huge breakthrough. It’s a big, big deal.”

Researchers have long sought to grow organs in pigs suitable for transplantation into humans. A steady stream of organs — which could eventually include hearts, lungs and livers — would offer a lifeline to the more than 100,000 Americans currently on transplant waiting lists, including the 90,240 who need a kidney. Twelve people on the waiting lists die each day.

An even larger number of Americans with kidney failure — more than a half million — depend on grueling dialysis treatments to survive. In large part because of the scarcity of human organs, the vast majority of dialysis patients do not qualify for transplants, which are reserved for those most likely to thrive after the procedure.

The surgery, carried out at N.Y.U. Langone Health, was first reported by USA Today on Tuesday. The research has not yet been peer-reviewed nor published in a medical journal.

The transplanted kidney was obtained from a pig genetically engineered to grow an organ unlikely to be rejected by the human body. In a close approximation of an actual transplant procedure, the kidney was attached to a person who had suffered brain death and was maintained on a ventilator.

The kidney, attached to blood vessels in the upper leg outside the abdomen, started functioning normally, making urine and the waste product creatinine “almost immediately,” according to Dr. Robert Montgomery, the director of the N.Y.U. Langone Transplant Institute, who performed the procedure in September.

Although the organ was not implanted in the body, problems with so-called xenotransplants — from animals like primates and pigs — usually occur at the interface of the human blood supply and the organ, where human blood flows through pig vessels, experts said.

The fact that the organ functioned outside the body is a strong indication that it will work in the body, Dr. Montgomery said.

“It was better than I think we even expected,” he said. “It just looked like any transplant I’ve ever done from a living donor. A lot of kidneys from deceased people don’t work right away, and take days or weeks to start. This worked immediately.”

Last year, 39,717 residents of the United States received an organ transplant, the majority of them — 23,401 — receiving kidneys, according to the United Network for Organ Sharing, a nonprofit that coordinates the nation’s organ procurement efforts.

Genetically engineered pigs “could potentially be a sustainable, renewable source of organs — the solar and wind of organ availability,” Dr. Montgomery said.

Reactions to the news among transplantation experts ranged from cautiously optimistic to wildly effusive, though all acknowledged the procedure represented a sea change. The prospect of raising pigs in order to harvest their organs for humans is bound to raise questions about animal welfare and exploitation, though an estimated 100 million pigs already are killed in the United States each year for food.

While some surgeons speculated that it could be just months before genetically engineered pigs’ kidneys are transplanted into living human beings, others said there was still much work to be done.

“This is really cutting-edge translational surgery and transplantation that is on the brink of being able to do it in living human beings,” said Dr. Amy Friedman, a former transplant surgeon and chief medical officer of LiveOnNY, the organ procurement organization in the greater New York area.

The group was involved in the selection and identification of the brain-dead patient receiving the experimental procedure. The patient was a registered organ donor, and because the organs were not suitable for transplantation, the patient’s family agreed to permit research to test the experimental transplant procedure.

Dr. Friedman said she envisioned using hearts, livers and other organs grown in pigs, as well. “It’s truly mind-boggling to think of how many transplants we might be able to offer,” she said, adding, “You’d have to breed the pigs, of course.”

This is very creepy stuff! Organ transplants are often from patients who are still alive and those are humans. Wonder if they could get that senator from Iowa to breed those hogs for them? I’ve never been a fan of doctors or medicine industry, always so much expense and paperwork and actually useless office visits, actually they HURT me instead of helping me recover. These mad scientists have no place in our future. This is the transhumanists goal: to live forever on earth and never endure final judgment, because they know they have no faith in God. Godless US government… Read more »

I don’t know of any good, trustworthy doctors in my area. Not saying there aren’t any. I’m just not aware of the Joseph Mercola types working in my area. So I have been fortunate enough thus far to tend to my own health using nutritional supplements and herbal remedies. I trust that God will provide the remedies and the faith for healing for all who call upon and look to Him. It’s apparent that there are some people working in the political, medical and religious fields who are corrupt and untrustworthy. And no doubt here that certain individuals have and… Read more »