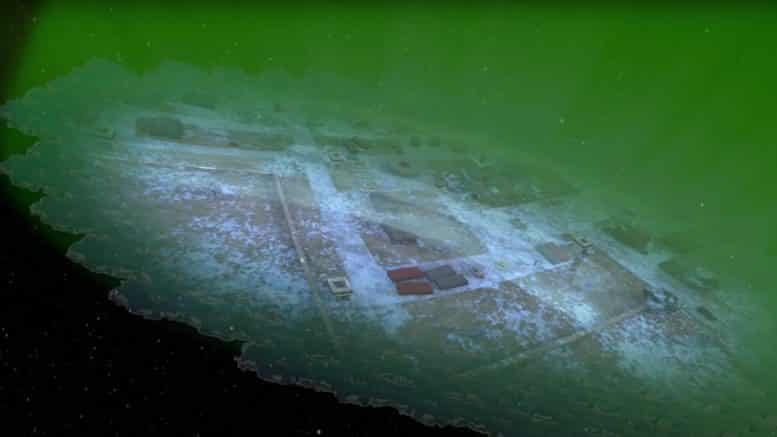 Within the next fifty years, scientists at BAE Systems believe that battlefield commanders could deploy a new type of directed energy laser and lens system, called a Laser Developed Atmospheric Lens which is capable of enhancing commanders’ ability to observe adversaries’ activities over much greater distances than existing sensors.

At the same time, the lens could be used as a form of ‘deflector shield’ to protect friendly aircraft, ships, land vehicles and troops from incoming attacks by high power laser weapons that could also become a reality in the same time period.

The Laser Developed Atmospheric Lens (LDAL) concept, developed by technologists at the Company’s military aircraft facility in Warton, Lancashire, has been evaluated by the Science and Technology Facilities Council (STFC) Rutherford Appleton Laboratory and specialist optical sensors company LumOptica and is based on known science. It works by simulating naturally occurring phenomena and temporarily – and reversibly – changes the Earth’s atmosphere into lens-like structures to magnify or change the path of electromagnetic waves such as light and radio signals.

LDAL is a complex and innovative concept that copies two existing effects in nature; the reflective properties of the ionosphere and desert mirages. The ionosphere occurs at a very high altitude and is a naturally occurring layer of the Earth’s atmosphere which can be reflective to radio waves – for example it results in listeners being able to tune in to radio stations that are many thousands of miles away. The radio signals bounce off the ionosphere allowing them to travel very long distances through the air and over the Earth’s surface. The desert mirage provides the illusion of a distant lake in the hot desert. This is because the light from the blue sky is ‘bent’ or refracted by the hot air near the surface and into the vision of the person looking into the distance.

LDAL simulates both of these effects by using a high pulsed power laser system and exploiting a physics phenomena called the ‘Kerr Effect’ to temporarily ionise or heat a small region of atmosphere in a structured way. Mirrors, glass lenses, and structures like Fresnel zone plates could all be replicated using the atmosphere, allowing the physics of refraction, reflection, and diffraction to be exploited.

“Working with some of the best scientific minds in the UK, we’re able to incorporate emerging and disruptive technologies and evolve the landscape of potential military technologies in ways that, five or ten years ago, many would never have dreamed possible,” said Professor Nick Colosimo, BAE Systems’ Futurist and Technologist.

Geospatial intel, surveillance at all levels, all altitudes. Once again, under the guise of keeping us safe, we are paying for our own imprisonment. https://nsgreg.nga.mil/mfg.jsp Tragic how many organizations are involved. https://www.nga.mil/MediaRoom/News/Pages/default.aspx I have to wonder if higher education has any intelligence.