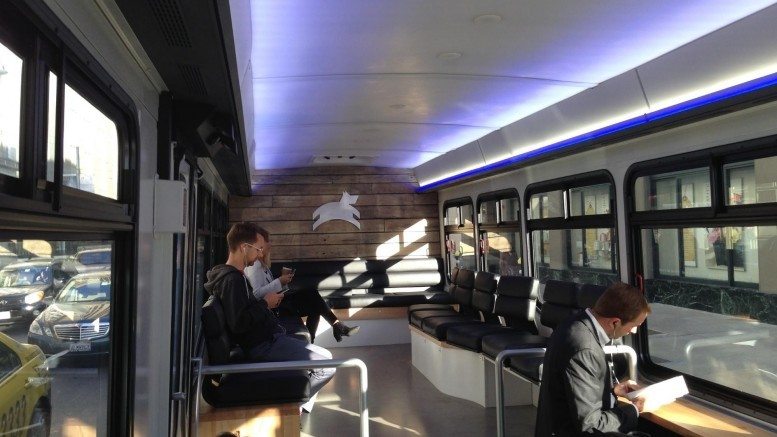 Leap Transit, the startup that served fresh-pressed juice to commuters on its luxury buses, has filed for bankruptcy. The rest of its buses are now up for sale, starting at $5 each.

Signs that Leap was headed toward a shut down started in May. The company suspended its service, although at the time it was supposed to be temporary.

In June, two of its buses were up for auction. More buses were auctioned off in July. Now there are two left, up for sale in an October auction.

The company officially filed for bankruptcy July 15, but the filing wasn’t spotted until Tuesday by the San Francisco Examiner. In the filing, Leap estimated that it had between $100,000 and $500,000 of debt, as well as $100,000 to $500,000 in assets. The company could identify more than $129,000 in owed back wages and other claims, but it had a long list of creditors and investors that it had to notify about its bankruptcy.