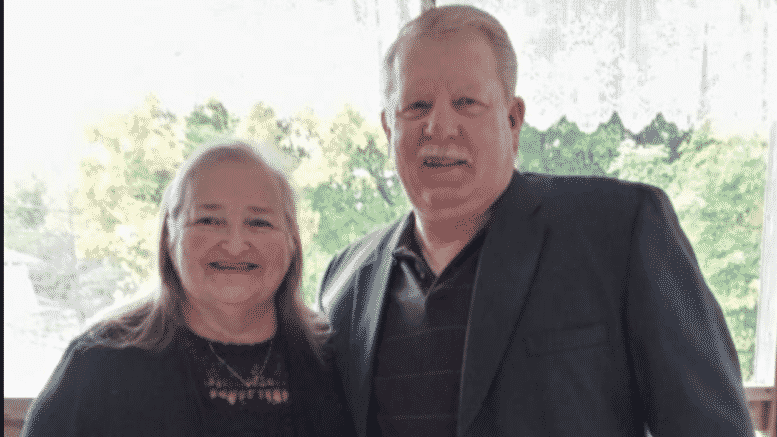 Please Share This Story!
PDF 📄
The mRNA gene therapy injections have failed to protect recipients from catching and dying from the COVID virus. Reports are surfacing all over the world claiming that the majority of recently hospitalized patients are fully vaccinated, and yet global Technocrats demand that everyone take the shot anyway. Why? Is there an ulterior motive to these injections that has nothing to do with the health of citizens? ⁃ TN Editor

Those are the words of the daughter of a Michigan couple who died holding hands, minutes apart, after the two were both infected with COVID despite being fully vaccinated.

Grand Rapids residents Cal Dunham, 59, and his wife Linda, 66, died Monday after a brief struggle with COVID. The two had pre-existing health conditions, but had both been fully vaccinated. They started to feel ill during a family camping trip, which was cut short as the couple’s illness progressed, according to a local TV station.

“[My dad] called me before our family camping trip and said he wasn’t feeling good but he thinks it’s just like sinus, and [Linda] caught it and she’s like, ‘He gave me his cold,'” their daughter Sarah Dunham told a local Fox affiliate station.

“The third day they woke me up and said, ‘We’ve got to go because we don’t feel well.’ So I packed them all up and they left,” she said.

Their condition deteriorated within days, and they ended up on ventilators. They died on Monday after being taken off life support, allowing them to hold hands as they passed on in tandem.

“She always joked and said, ‘Well, you’re going to go before I am, I’ll be right there behind you, I promise.’ And she really was, like she really was right there behind him,” Sarah told Fox 17. “The love that they found together after a previous marriage is fantastic,” she said. “They were the people that you just looked at and you were like, ‘I want to be old like that, I want that love when I’m that age.'”

Officially, the CDC maintains that vaccines are virtually 100% effective at preventing deaths, though as time goes on, the number of examples of vaccinated Americans succumbing to the virus – whether its delta or another strain – has grown.

The motive being to eliminate as many people as possible by using the vaccinated to sicken the unvaccinated. The vaccinated are already sickened by the vaccines. They have quarantine centers all over the U.S. and abroad, something is coming and they plan to put people into these Concentration Camps on the basis of lies. I think it is interesting that the U.S. is full of people who have guns, what do they think of that? Also, many people including military are quitting their jobs or getting fired for not getting vaccinated the void will be filled with illegal aliens who… Read more »

I guess I forgot to mention the chem trails. Covid anybody? : https://www.youtube.com/watch?v=rEUg8uLoZNY Maybe we are sick from something else and the vaccines are the so called fix to something they created a long long time ago. LOOK UP! Maybe the next pandemic will be sprayed over your head, or did that do that already?

I am so sorry for the family’s loss. Such a sad occurrence for no good reason, just profiteering by a murderous criminal cartel. At least, they had each other as they passed over, out of pain and into the arms of God. That’s got to be of some comfort to their child(ren).

The experimental gene altering injection and ventilator killed them. Hope the family wakes up and sues the hospital for a murderous protocol. Understood that no liability to Pharma, but need to start somewhere!

I am a Targeted Individual. Has anybody ever heard of 5G, 60 GHz technology that deprives one of oxygen? It can debilitate and even kill you just like Covid. Would like some professional to investigate this and explain the difference..

And all the Fact Checkers continue to look at these articles and drop in their notice about how safe the jabs are and bla, bla, bla lies telling you articles are lying. When will this ever be stopped. Proof means nothing to these killers of humanity. It is so obvious what their end plan is and are we just going to let them continue until most of us are dead?

[…] >Fully Vaccinated Couple Dies from COVID within Minutes of Each Other […]

Wait…🤔, let me think!!! If C19 doesn’t exist because it fails Koch Postulates, how on earth did these two got ‘infected’ with something that doesn’t exist??? 🤔 I’m seeing this exact error/misinformation in 97% of the independent media; they all spent more than a year saying C19 doesn’t exist, that the PCR test doesn’t diagnose diseases, and not to fit their narrative, all of a sudden it exists and the PCR test diagnosis C19??? Some are even saying that the jabbed are producing ‘variants’! From something that doesn’t exist? From a jab that isn’t a conventional vaccine? These journalists and… Read more »

You meet a guy fumbling around in the inner city with a cannula in his hand. He tells you the entire global population must be injected because he believe a bacillus is loose everywhere.

Now, what is this guy? You say *a lunatic belonging in a closed asylum for mental treatment* yes?

Now, we tell you the guy’s name is Bill Gates CEO and he is a multi $ billionaire. You jump around like a cockroach and say *we must do what he tells us*……………………..LOL.