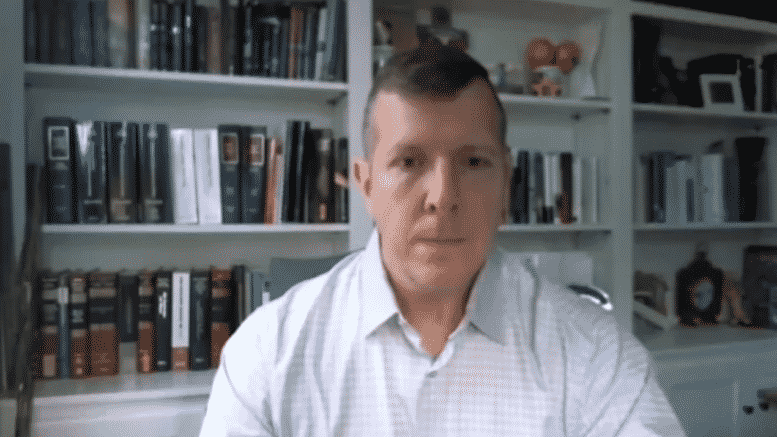 An attorney stated today that over 45,000 people in the USA have died as a result of the experimental COVID-19 vaccines.

At the Stop the Shot Conference hosted by the Truth for Health Foundation and live-streamed by LifeSiteNews on August 4, Ohio-based attorney Thomas Renz dropped bombshell data suggesting that deaths associated with the COVID-19 shots have been greatly underreported while adverse events have been largely ignored.

Renz, the lead attorney in several major federal lawsuits addressing medical freedom in the wake of COVID-19 restrictions and mandates, cited a growing number of whistleblowers who have reported data indicating that the risks from the experimental COVID-19 shots currently being mandated are far higher than reported.

Renz noted that one expert whistleblower found based on data analysis that at least 45,000 deaths have been connected with the current experimental COVID-19 drugs.

The finding, which Renz says is likely itself a grave underestimation, forms the foundation of a federal lawsuit filed by Renz on behalf of America’s Frontline Doctors (AFLDS) against the Department of Health and Human Services (HHS).

In addition, despite clinical trials which Renz says have found that children have a 1 in 1000 chance of paralysis from taking the injections, the Food and Drug Administration (FDA) has chosen not to investigate the connection.

Meanwhile, Renz said the data indicates the shots are far more dangerous than they are helpful for young adults.

“If you are under 30, the vaccine has a substantially higher risk of killing you than saving you,” he said.

Moreover, Renz alleged that the 70% vaccination rate currently being reported for U.S. adults is inaccurate. Whistleblowers have charged that individuals who are already deceased have been counted among the “vaccinated,” falsely boosting the reported numbers, he said.

Several other whistleblowers have suggested, based on analysis, that roughly 40% of people with COVID-related illness have been “fully vaccinated,” indicating a high rate of so-called “breakthrough cases.”

In addition, a hospital worker told Renz that at several periods, all of the patients in the hospital’s ICU were “fully vaccinated” and had “breakthrough COVID.”

The attorney said that by giving their statements the vetted whistleblowers have risked a lot, including their jobs and their financial security, to oppose the prevailing narrative propounded by public health officials and the mainstream media.

But their warnings have been largely ignored and censored.

“The truth is being suppressed,” Renz stated.

The attorney said that people have been subject to “false, misleading information” from public health officials, politicians, and members of the media – information which Renz says is “designed to mislead people into taking a dangerous jab that has never been authorized and is probably illegal.”

He noted that doctors who speak out about the risks of the COVID-19 shots and promote safe and effective early treatments have been threatened, with some facing the loss of their medical licenses.

Renz added that public health officials have major conflicts of interest due to their connections with the pharmaceutical companies manufacturing the COVID-19 shots, and are making profits on the issue. Meanwhile, those opposed to the prevailing narrative “come forward at great personal risk.”

The attorney challenged U.S. politicians to reject the advice of unelected public health bureaucrats, saying they should instead release the “raw data” and allow independent analysis.

“I think you’ve been lied to egregiously,” Renz said, directing his comments to American civil leaders, including President Joe Biden. “If you will allow us, I will recruit top scientists to debate the facts with public health advisors privately.”

“We want to ensure the truth is out,” he continued.

“We’re not trying to mislead anyone. We’re trying to keep people safe.”

Renz said his legal action is intended to ensure that Americans know the full risks and benefits of COVID-19 vaccination so that “informed consent” can truly be given.

But Renz added that if the data is released, independent analysis is permitted, and he and his colleagues are vindicated, millions of lives will be saved.

Renze is on a mission. I applaud him, those who are coming forward most and the AFLD’s efforts to expose the truth as the world governments intentionally hide truth. However, the Biden Administration has not/will not likely listen to anyone unassociated with the UN/WEF/WHO/CDC–that’s a FACT. He and his rabble are the UN’s bitch and have ignored all real science to date. It’s a fact they have hired and supported profit-centered scientists and big pharma who continue to lie 18 months past the onset of the new Covid World Order. I’ll be watching with interest to see IF the Supreme… Read more »

Please go to– http://stopthecrime.net/wp/2021/08/08/long-do-the-vaccinated-have-to-live/ I hope nothing happens to Tom Renz and his law suit, This law suit is an important step to stop the madness!!

My uncle was buried yesterday,he died after the jab,with the small blood clots and organ failure,but Doctors say he had Covid!I think the shot killed him.My Aunt got terrible Shingles,the other Aunt has had horrif8c diarrhea..all got the jab together.They don’t understand it WAS the jab,they think they were just unlucky!

REPORT ALL OF THIS on the VAERS SITE. PLEASE!! (hope I have the correct incarnation of the link as there are many)

Legal Bombshell: Over 45,000 Americans May Have Died From ‘COVID-19’ Jabs – HNMDA Buitenland