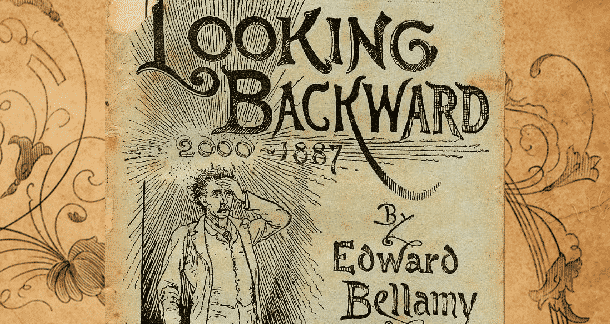 Technocracy in Europe is assured, as is clearly understood by many observers. This dehumanized future scenario in Spain is depicted by a professor of EU Constitutional Law in Santiago. Lured into delusion, “Information overload and a myriad of data-sets have made people incapable of discerning for themselves absent official guidance true from false, right from wrong, while the real and reality faded from the public mind decades ago.” ⁃ TN Editor

In the year 2050, Spain, once a proud global empire of strong-willed people, has become Brussels’ poster child. Few countries have transformed their anthropology so deeply and quickly. Modernization, technocratization and Europeanization have been pushed so dramatically that it looks like an EU super-vassal state. The drive for democracy has long since given way to a drive for conformity. Spanish culture is as flat as an iron plank. Spaniards have become “the Southern Prussians,” as opposed to their former cousins, the Italians, Portuguese and Latin Americans.

At first glance, what strikes you in the streets in 2050 are many robots, enhanced people and cyborgs. The process of becoming more machine-like than man is well under way. People are detached from physical reality, living their lives with data rather than with things (B-C Han, In the Swarm, 2017). Universal technologization—machines performing many tasks, and better than humans—, has meant a gradual loss of human skills, be it predicting the weather or replacing a flat tire.

What Chesterton prophesied—“fires will be kindled to testify that two and two make four. Swords will be drawn to prove that leaves are green in summer” (Heretics, 1905)—happened in Spain decades ago. The age of common sense is long gone because it involved experiencing human nature, a sense of proportion and an ability to deliver judgments. Electronic devices, having isolated people from each other for decades, now isolate people from physical reality.

People live their lives according to official protocols. Nothing unforeseen happens. Other than natural catastrophes, nothing “tries men’s souls.” You solve no serious problem by yourself; instead, you must go to a social worker. If you have a problem, don’t expect a helping hand from neighbors but from public officers, who prevent people from solving things by themselves (escaping a traffic jam on a frozen highway, for example). No one below 50 has ever heard of assuming responsibility for their free actions. Few people below 40 have ever made serious, radical decisions or overcome significant obstacles or dangers. They have never gone through the adversities that shape human personality.

Unless professionally trained, people are unable to do by themselves simple things like curing everyday illnesses, tending to children’s bruises or dealing with hyperactive boys. If anything happens, you should refer it to the public authorities. Should you meet an injured person, do not play the Good Samaritan, lest you transgress legal rules on transporting the injured or speed limits.

With half a century of the new millennium gone by, only a fraction of the Spaniards you bump into came to life via ordinary sexual intercourse. Only a few of those below 50 can cherish memories of childhood in a reasonably stable family with both their biological parents and siblings; even fewer have had a substantial relationship with their grandparents. Rootlessness, both territorial and social, is the rule. Since genealogical trees are now extremely intermingled, one cannot properly say, e.g., “We Woosters have had our code of honor since the Crusades,” because there is no longer a clear, undisputed line of Woosters.

As of 2050, interpersonal relations among Spaniards, once famous for their strong feelings, are weak—not excluding motherly feelings for her child. Intimate friendship is rare, even between classmates. Few couples you meet started as two youngsters telling each other that if you accept me I will protect you with my life, or something of the sort, like Nat Turner to Cherry in The Birth of a Nation. Lacking those strong, durable, personal commitments, personal relations became weak, transferable (to new companions, new stepchildren) and erasable (mourning one’s parents or spouse). Unsurprisingly, these malleable people are more controllable.

There are redundant people. For the needs of a de-industrialized country in the 2050s, only a fraction of its human workforce is required. One can count unemployed young Spaniards by the millions and they are tame, immature, and purposeless. Social salaries are a way of life for many.

Shared common visions, unless politically correct, are scarce. Personal growth is difficult. Prominent personalities are also rare because those circumstances that make up the basis for human personalities to thrive do not abound. Eccentric people are rare, even in universities. Except among immigrants, no Spanish adult has had the experience of a couple of boyish rascals escaping the local police after a minor prank. B. Tarkington’s young rascal Penrod, should he exist, would be under therapeutic supervision.

Other than deviants, dealt with by psychiatrists, ordinary people live their lives going through a series of stages regulated for them to ensure they fit in, so that the development of brilliant qualities is rare. Old prudential virtues, needed for our daily lives, atrophy. Few people develop a rule of thumb wisdom and no one relies on themselves unless they have earned a Master’s degree in self-reliance.

Government, the big media and the entertainment industry determine the mainstream public mentality. By controlling language, they have come to control thought. People celebrate what they are expected to: mothers on Mother’s Day, women on Women’s Day, etc. Very few people are “the Captains of their Souls”—and many do not see why they should be.

Everyone is watched, even when going to the baker. No one complains because this universal surveillance is undertaken not just by government but also by your neighbor, your supermarket, by employers on employees… Full control of everything you do and say—what you say when having a beer or when raising your children—is in force, as well as, in the near future, a substantial control of even what you think and wish (your choices are in part induced by your mobile phone). All in all, the ability of most individuals to escape control, should they so wish, is meagre. Since the government, the EU, and Google know everything about you anyway, little formal spying is needed.

In the year 2050, judges deliver their rulings with total transparency, as do university lecturers and everyone else. In this regime of transparent quasi-totalitarianism, people have become shy and unable to behave overtly except in very small groups. Over time they have lost nearly all memory of candid interpersonal relations. Initial mutual trust is not taken for granted, and many hardly miss it. After decades of refraining from autonomous action, this sum of transparency and surveillance makes people refrain from autonomous thought. Behaving and talking as officially expected but thinking otherwise—a practice typical of old autocracies—is pointless, since people think within the politically correct framework.

Bio-power, once a novelty, is now out of fashion. Psycho-power has the upper hand and it is so all-pervading that ‘War on Terror’ has become unnecessary.

Following a far from new trend, current political issues are hardly political in nature: being rather about humans and their body, heart and mind, behavior and culture, ecology… Governments and international agencies no longer pretend we are all equal: there are political and economic inequalities galore. Similarly, human dignity is rarely mentioned. Unsurprisingly, presumption of innocence is no longer fashionable.

Actual politically correct thought no longer claims to include democracy, which has now faded, not just for political or economic reasons, or due to the difficulties of expanding it on a world scale, but simply because people are trained to do nothing important by themselves. If you consult each and every problem, however simple (how much time your child should spend playing video games), with an “expert,” then even what were once affairs of nature, like pregnancy, become a matter for experts, and you become utterly unprepared to manage your family and even less the polis. Nearly everything falls beyond the judgment of “common man.” The categories of things Mother Nature prepared us all to perform on our own—how to be a parent, a son, an active member of the polis—are extinct. Adults are infantilized, therapeutically supervised and doomed to lack personal initiative outside the field of their professional training.

A universal jurisdiction and an array of expert committees rule the planet, while self-governing social entities are scarce, not excluding universities. Spain enjoys little substantial self-rule, not to say sovereignty. Spaniards are now famous for being an orderly, legalistic people, heartily abiding by EU rules. In turn, the EU is but a second-rank political player, overtaken by globalization and stuck in the roadmap accorded her by world powers.

Vast areas of rural land and older Spanish cities are nearly deserted. Some kingdoms and principalities of old, after a period of aging and depopulation, have disappeared from all but maps. Madrid has 25 million inhabitants. People are so intermingled that the locals can hardly be distinguished. Folklore and cultural particularities, traditionally so varied in Spain, are relics for tourist shows. (The death of folklore did not come out of multiculturalism but out of technological dependence, the atomization of society and rootlessness.) Only Muslims, and not all of them, seem to keep true to identity and culture.

There is a single, global religiosity with a broad, New Age character that includes human rights, ecology, and codes of behavior. Put another way, all religions but Islam share the narrative of mainstream ethics and culture. The positive morality in force is puritanical and intolerant—and it is stricter than previous forms of puritanism. Religious denominations not fitting into the dominant narrative (for example, abstaining from teaching gender ideology) are punishable by law because the official religiosity requires an ordre public enforceable by judges.

Deviants are scarce, especially moral ones, since morals gave way to publicly enforced ethics. Besides that, moral processes have long since given way to psychological ones, then biological ones, finally to algorithms. Psychiatrists, once the commonest doctors, are now rare because people do not suffer from such disorders and, for the few cases that may arise, social workers suffice.

For the first time in many centuries, the liberal arts, the Bible, Socrates and Cicero, are wiped from the public mind. People without notions of history, Christianity or the humanities have proven easier to manage.

Spain has become in practice an English-speaking country. Those under 40 have been spoken to in English by their parents since childhood. Gender-specific language—woman, man, daughter—is forbidden by law, but since it vanished long ago due to political correctness, the prohibition is not much resented.

Information overload and a myriad of data-sets have made people incapable of discerning for themselves absent official guidance true from false, right from wrong, while the real and reality faded from the public mind decades ago. Bombarded by a mass of information, contemporary Spaniards lack any ability to discern when making judgements. Thus we have isolated and fungible human beings, ready to be sent to work at the Antipodes for a few weeks and then to some other remote place, wherever the transnational enterprises that employ them decide, irrespective of their family.