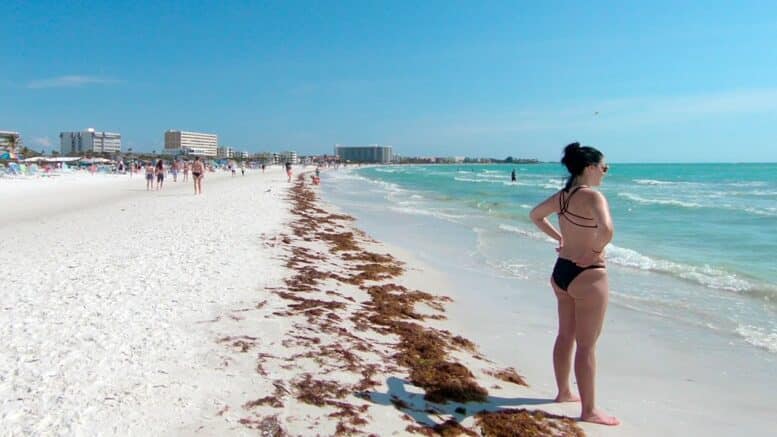 Please Share This Story!
PDF 📄
Medical tyranny does not and will never retreat on its own power, but rather it must be forced to relinquish control. This battle will be repeated in every city/town in America, for those representatives of the people who choose to fight these unelected and unaccountable medical technocrats. ⁃ TN Editor

Going against the urging of four medical doctors and other local health experts, the majority of Sarasota city commissioners have agreed to eliminate the city’s mandatory mask ordinance.

The mandate for face coverings in public, put in place last July, was largely rendered symbolic in September after Gov. Ron DeSantis cut local governments’ ability to enforce it.

Those in the majority on the City Commission felt that masks were too “burdensome” for residents and businesses, and because the city could not punish those who did not comply, what was the point in keeping the mandate in place? Besides, people are just going to do what they want, they contended.

“This was one of those ordinances that was done as a public spectacle,” said Vice Mayor Erik Arroyo. “People don’t really respect us as a commission for us trying to regulate every single little thing. It might make us feel good about passing it, but it just doesn’t work, and I think we need to stop this now.”

Because the mandatory mask ordinance was an emergency order, the commission needed four affirmative votes. Arroyo, Mayor Hagen Brody and Commissioner Kyle Battie all voted against extending the ordinance for 60 days. Commissioners Liz Alpert and Jen Ahearn-Koch voted for the extension. The mandatory order will expire Feb. 25.

Similar to Sarasota County, the city will draft a resolution that would encourage residents to wear face coverings. That decision passed 5-0.

Ahearn-Koch attempted to extend the ordinance beyond its approaching expiration date. She read letters from medical doctors and other health experts who expressed concerns over lax mask wearing practices, the growing number of infections by a far more contagious and lethal COVID-19 variant, and the crucial role face coverings play in helping to prevent further illnesses.

One of those letters was on behalf of the Sarasota Memorial Health Care System and signed by hospital President and CEO David Verinder, James Fiorica and Manuel Gordillo. Fiorica is the chief medical officer for the hospital and Gordillo heads SMH’s infectious disease department.

“We strongly urge the extension of local mask ordinances to help minimize the spread of the coronavirus,” the letter said. “What concerns us the most is that people are letting their guard down in a critical time.”

“The medical community is faced with the daunting task of educating a divided public to do their part and take the vaccine while still many refuse to wear a mask,” the letter said. “The virus has had a head start, but with the help of community leaders, precautions and local mask ordinances, we can put this pandemic behind us.”

In response to rising COVID-19 numbers last summer, and at the urging of local health experts and several business owners, the city of Sarasota followed other local governments across Florida in implementing a mandatory mask ordinance. While some cities in the county followed suit, the Republican-led Sarasota County Commission largely balked at the idea and instead worked to encourage residents to wear face coverings.

“My personal feeling is that everyone should wear a mask,” said Brody. “Masks do work, and I think the science is pretty clear that they help. But people are choosing to wear them or not, regardless of our ordinance.”

“Masks do work, and I think the science is pretty clear that they help. But people are choosing to wear them or not, regardless of our ordinance.”

No, they don’t. I have dozens of reports specifically detailing masks and their ineffective use against particulate matter and ‘viruses’. I got all of them in March of 2020, so, there’s no excuse for any thinking human being to have NOT figured out the scam of the ENTIRE ‘vaccine’ and ‘medical’ industry by now.

What a joke! NEVER EVER ask a hospital administrator or a doctor that is the head of anything in a hospital any question that might affect their bottom line $$$. Those are in the end POLITICAL positions, not medical. Those administrators, whether they are doctors or not, are more worried about offending some politician or agency that might defund some part of the hospital or its projects or try to get their payment schedule lowered or get them fired than in doing what is scientifically proven to be medically helpful. I saw this so many times as a physician. .

Agree. It’s about their bottom line. Call it covid get tens of thousands of dollars. Call it flu, a cold or a heart attack get nothing. Pretty simple math there.

Patrick Wood, why do very few independent doctors refute the pseudo science of masks working against this virus? It’s illogical. The mask wearing is making people sick. COPD sufferers are getting worse. Heart malady employees are risking heart attack. Why has no one come to their defense?

Precisely because they are “Big Pharma” trained!

I have to wonder what so called health experts have to say about people getting sick and being diagnosed with covid19 after months of mask wearing? Covid19 has turned out to be nothing short of a religious cult along with the vaccines. For those who remain fear-mongered over another influenza virus to the point of destroying their health. All one can do is watch people jump off the cliff so to speak. You can’t reason with those people and they will destroy their health under the guise of saving it. You know a person is unreachable when you tell them… Read more »