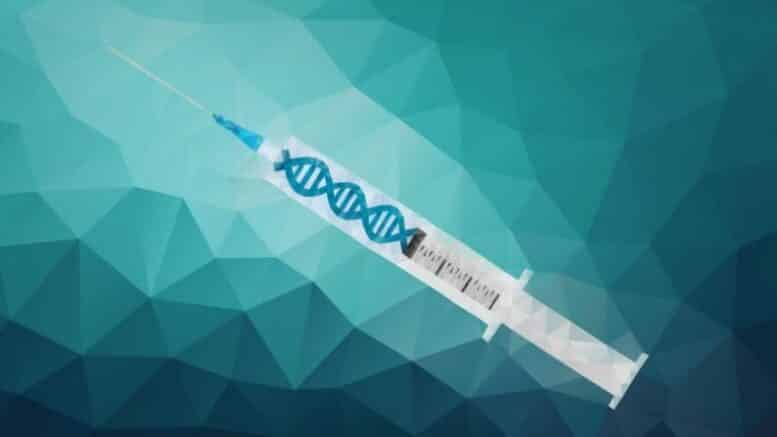 Please Share This Story!
PDF 📄
It was necessary for gene therapy companies to change the definition. Why? First, to escape liability from “vaccine” injury lawsuits. Second, to allow cities and states to mandate injections during a health emergency. ⁃ TN Editor

My previous article about the mRNA injections has gained a lot of traction across the Internet. As a result, it caught the attention of a few leftist trolls who tried to disparage the facts I presented. This despite the fact that the article was based on words straight from the mouth of the top scientist at Moderna, one of the two companies producing millions of doses of mRNA chemical agents to be shot into the arms of people worldwide.

You can always tell when you hit the target because that’s when the trolls come out.

Sharyl Attkisson, former CBS News reporter turned media critic and author of the book Slanted: How the News Media Taught Us to Love Censorship, offers this tip when reading or listening to the highly controlled mainstream media:

Be aware that the media use loaded words to steer you away from factual reports that do damage to the false narrative they are trying to feed into the public psyche.

They use words like “‘Baseless,’ ‘Without evidence,’ ‘Debunked,’ ‘Conspiracy theory’ to disparage competing narratives. This often means, according to Attkisson, that powerful interests don’t want you to see or believe a particular study/report/news article and are trying to control the information. “It might well be factually correct,” she warns. “Look into it.”

This certainly describes the featured speakers in the video below who, despite their credentials as highly successful scientists, have had their video presentations scrubbed from YouTube, which is owned by Google.

These same disparaging tactics were revealed in another of my previous articles, titled 12 mind-control tactics used by globalist establishment elites to change the way Americans think.

Still, when a troll questions the facts in one of my articles, I don’t ignore them. No, it makes me dig further to find an even more precise, air-tight way of stating what I already said, so as to make my articles more bullet proof.

So after one troll questioned the validity of the description I provided of mRNA injections, I tried to find a description of this treatment, from a credible source, that could explain in the most explicit detail, exactly what this injection is and does. I wanted a definition that not only offers precision but does it in a way that the average lay person can understand.

Remember, the vast majority of those getting this injection have done little to no research – they implicitly trust Big Pharma’s word along with that of the mainstream media that it will be safe and effective.

I believe I have found the best definition from Dr. David Martin [see Martin’s bio here] in a video he produced in late January with Robert F. Kennedy Jr. and Dr. Judy Mikovits. I watched it three times and each time was able to grasp a little more of what he said. I augmented what I heard with some of my own research and can confidently present it as truth.

One thing you will absorb even on the first listen is this: The injections being supplied by Moderna and Pfizer are NOT VACCINES.

According to Dr. Martin, these manufacturers had to disguise their treatments as vaccines in order to fit them under the 1905 Jacobson v. Massachusetts U.S. Supreme Court case, which ruled that cities and states can mandate vaccines during health emergencies.

With that background, listen to Dr. Martin explain the rest. Below is a word-for-word transcription of most, not all, of what he has to say in the above video [italics are mine added for emphasis].

“Let’s make sure we’re clear on something. Let’s stipulate that this is not a vaccine. We need to be very clear that we’re using the term vaccine to sneak this thing in under public health exemptions. This is not a vaccine. This is an mRNA, packaged in a fat envelope, delivered to a cell. This is a medical device designed to stimulate the human cell into becoming a pathogen creator. It is not a vaccine. Vaccines are actually a legally defined term. And they’re a legally defined term under public health law. They’re a legally defined term under CDC and FDA standards, and a vaccine specifically has to stimulate, both an immunity within the person receiving it but it also has to disrupt transmission. And that’s not what this is. They have been abundantly clear in saying that the mRNA strand going into the cell is not to stop transmission. It is a treatment. But if, it was discussed as a treatment it would not get the sympathetic ear of the public health authorities because then people would say well what other treatments are there?

“The use of the term vaccine is unconscionable for both the legal definition of it, but also because it actually is the sucker punch to open and free discourse, because by saying ‘vaccine’ you dump it into a thing where you could be anti or pro ‘the therapy,’ but if you actually talked about it as a therapy, and remember, and people forget this, Moderna was started as a chemotherapy company for cancer, not a vaccine manufacturer for SARS-COV2. If we said we’re going to give people prophylactic therapy for the cancer they don’t have, you’d be laughed out of a room, because that’s a stupid idea. That’s exactly what this is. This is a mechanical device in the form of a very small packet of technology that is being inserted into the human system to activate the cell to become a pathogen-manufacturing site.

“And I refuse to stipulate in any conversations that this is in fact a vaccine issue. The only reason why the term is being used was to abuse the 1905 Jacobson case that has been misrepresented since it was written. And if we were honest with this we would actually call it what it is. It is a chemical pathogen device that is actually meant to unleash a chemically pathogen production action within a cell. It is a medical device, not a drug, because it meets the CDRH [Center for Devices and Radiological Health] definition of a medical device. It is not a living system, it is not a biologic system [as it would be if it were a vaccine]. It is a physical technology. It happens to just come in the size of a molecular package.

“So we need to be really clear on making sure we don’t fall for their game, because their game is if we talk about it as a vaccine then we’re going to get into a vaccine conversation. But this is not, by their own admission, a vaccine. As a result it must be clear to everyone listening that we will not fall for this failed definition, just like we won’t fall for their industrial-chemical definition of health, because both of them are functionally flawed and are an explicit violation of the legal construct that is being exploited.

“I get frustrated when I hear activists and lawyers and everybody else say, ‘we’re going to fight the vaccine.’ If you stipulate that it’s a vaccine you’ve already lost the battle. It is not a vaccine.

“It is made to make you sick. 80 percent of the people who get the virus are asymptomatic, meaning they have no symptoms at all. 80 percent of the people who get this injection have a clinical adverse event. You are getting injected with a chemical substance to induce illness, not to induce an immuno-transmissive response. In other words, nothing about this is going to stop you from transmitting anything. This is about getting you sick, and having your own cells being the thing that get you sick.”

There is more in the video and I encourage you to watch it in full.

Great article Leo! It’s NOT a vaccine, it’s not even biological. Sadly so many of our friends and family have bought the “vaccine” lie and have taken the jab, really going to be sad to watch.

“[…] it caught the attention of a few leftist trolls […]”
I don’t know how you know this . I read the comments and nothing in the comment suggested the commenter was a troll or a leftist.

So if one questions you on a topic are they a troll?

They cannot mandate this therapeutic while it is only approved under an emergency use authorization. It will take at least 2 years to get full FDA approval and it will be interesting to see if they have change the verbiage. I pray by two years it will be clear to even the sheeple that this shot is a beyond dangerous and will cause MORE death than any virus bug could hope too.

I would like to have heard a proper response from JFK & others. There is no link to the whole discussion.

the NARRATIVE IS DEAD
everybody knows the Con..
GIVE UP IT IS OVER

No, the narrative is not dead, it is growing. Everybody does not know the con; more are being deceived every day.

Sharing emerging and reputable truth based facts about COVID-19