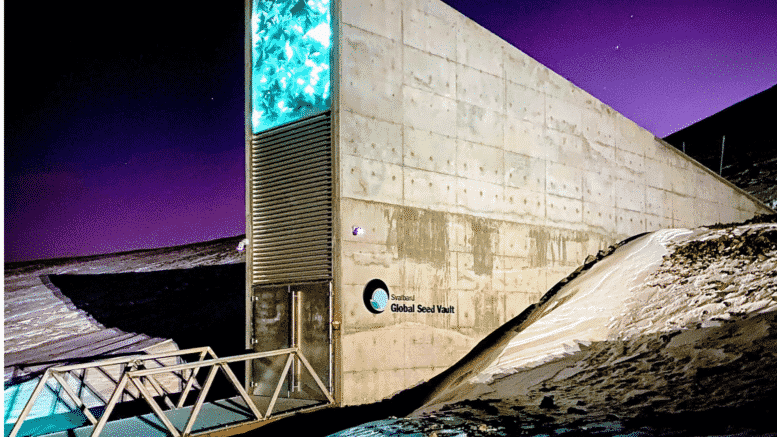 Extinction insurance for planet earth is envisioned by sending sperm and egg samples from 6.7 million species to the moon for safekeeping. How could earth species be destroyed to require a “backup”? Genetic modification gone wrong… ⁃ TN Editor

Sperm and egg samples from 6.7 million of Earth’s species should be sent to an ark built on the moon as a ‘modern global insurance policy’, scientists have proposed.

The lunar gene bank — which could also house seed and spore samples — is envisaged as being built under the lunar surface, in a hollow, cooled lava tube.

Specimens deposited in the ark would be kept refrigerated at cryogenic temperatures, with the facility powered by solar panels on the lunar surface.

The ark would preserve Earth’s genetic diversity in the event of a global catastrophe, such as might be caused by climate change, a supervolcano or an asteroid impact.

Earth is naturally a volatile environment,’ said study author and mechanical engineer Jekan Thanga of the University of Arizona.

‘As humans, we had a close call about 75,000 years ago with the Toba supervolcano eruption, which caused a 1,000-year cooling period and, according to some, aligns with an estimated drop in human diversity,’ he added.

‘Because human civilization has such a large footprint, if it were to collapse, that could have a negative cascading effect on the rest of the planet.’

The idea of creating gene banks to restore lost biodiversity in the future is not new — more than a million seed samples are currently stored in the Svalbard Global Seed Vault on the island of Spitsbergen in the Artic Sea, for example.

However, Professor Thanga and colleagues explained that locating such facilities on Earth leaves them also vulnerable to accidental loss.

Climate change, for example, has the potential to push many species into terminal decline in the future — and, at the same time, the rising sea levels which will accompany global warming will see the Svalbard vault lost beneath the waves.

Removed but still accessible, the moon may present a safer location.

Building a genetic storage facility on the moon would be a significant undertaking — but one that Professor Thanga says would be possible.

One seriously crazy gaslighting fact is that we NEVER went to the moon and we DID NOT go to Mars. This reminds me of the ‘War of the Worlds” radio broadcast that most believed aliens had landed and back then I thought there were more Bible believer’s, apparently not! https://forbiddenknowledgetv.net/nasadmits-we-never-went-to-the-moon/ There is no such thing as aliens. There are demons/devils though and they lie! If they speak with you don’t listen to them.

Goodness shall prevail
Reply to  justsayin

It is good to question I have the same opinion as you that THEY as in nasa have never went to the moon or mars like they say they have. Never trust a forked tongue, look at their logo for gods sake. nasa seems like a money pit for other projects, the travelling to moon or mars propaganda is the smoke and mirrors that they pull to make it sound appealing, interesting and pioneering, but their video footage looks incredibly fake, so it would seem to be nothing other than lies from a snakes tongue Look at hollywood space movies,… Read more »

First in line when the Sun novas….not too much time to collect all those samples, huh?