Please Share This Story!
PDF 📄
Jared Kushner clearly identifies himself as a Transhumanist who seeks immortality through science, and it is now clear why he should get the major credit for railroading Operation Warp Speed in a quest to accelerate H+, or Humans 2.0. Transhumanism is the most dangerous religion the world has ever known.

My upcoming book, The Evil Twins of Technocracy and Transhumanism, will connect all the dots on the war against humanity. ⁃ TN Editor

Kushner made the odd comments, which sparked a slew of media headlines in a conversation with former Trump official Richard Grenell. Kushner said:

From the last year, the one thing I’ve tried to put a priority on since I left the White House was, you know, getting some exercise in. I think that there is a good probability that my generation is, hopefully with the advances in science, either the first generation to live forever, or the last generation that’s going to die. So, we need to keep ourselves in pretty good shape.

Jared Kusher did a live stream for his book, that has an amazing 535 views, where he said he thinks he is going to live forever pic.twitter.com/lM4E8K2R5D

Bannon had fun with the comment and shared on Gettr a barb aimed at Kushner, calling him a “Transhumanist.”

Bannon added Kushner “believes it’s a real possibility that he could ‘live forever and never die’ put himself in charge of Project Warp Speed, the effort to rush an experimental gene therapy/vaccine through trials toward an Emergency Use Authorization ….now things begin to become clear.”

Encyclopedia Britannica defines “transhumanism” as a “social and philosophical movement devoted to promoting the research and development of robust human-enhancement technologies.”

Patrick Wood is a leading and critical expert on Sustainable Development, Green Economy, Agenda 21, 2030 Agenda and historic Technocracy. He is the author of Technocracy Rising: The Trojan Horse of Global Transformation (2015) and co-author of Trilaterals Over Washington, Volumes I and II (1978-1980) with the late Antony C. Sutton.
Subscribe
28 Comments
Oldest
Newest Most Voted
Inline Feedbacks
View all comments

This idiot like everyone else, will, without any kind of technology, live forever. Unfortunately, he is at high risk of spending his eternity (or a long part of it anyway) in Hell.

When will you be releasing your upcoming book mentioned above?

Kushner and Ivanka should never have been allowed to participate in any White House policy making. Ivanka has zero experience and Kushner is Mosad Deep State snake who along with Pence (and everyone else) worked against Trump. Kushner and Pence were probably the leakers, i.e., Deep Throats, in the admin. Kushner is not a scientist nor a doctor so why was he instrumental in the lockdown planning?

Kushner, Trump, Putin, Zelensky….Pol Pot, Sedong Mao and many others..they are all Heinz Kissinger boys. The rat that has been in the White House for 60 years or so is still there, holding the multi-polar world order in place. No one mentions Kissinger’s name, who is off course a runner for the City of London and European banking Cartel.

And Klaus the shwaub is kissinger protege, or in real words- butt buddy.

I got ti give the 17th upvote. It’s starting off to be a good morning.

I would hate to.live forever in a world or universe controlled by fascists and technocrats. And no one needs any help to live forever in heaven or hell.

Against nature
Reply to  Anne

Immortality would be boring. After 1,000 years how do you buy a thrill? These people know they are going to hell, that’s why they want to live forever.

Jared Kushner is responsible for genocide. If the rest of us allow him to “live forever” then we are weak and worthless. Don’t tell me that in this great big world there aren’t a few real men capable of administering justice to a madman willing to genocide innocent people.

You only live forever through Divine Love

You nailed it! That is the only eternity worth living.

Incredible work Mr Wood. I have been screaming this for years. Found this site via your interview with Mike Adams. As an RN for nearly 3 1/2 decades I am disgusted with my profession and the “medical field” at large. Thank you sir. Thank you. Your insight and research are invaluable to the world. Thank you. I will be promoting your website far and wide.

I too am an RN, for almost 40 years. Thankfully I was already retired when this criminal behavior began to surface within my profession and the medical profession. I would have been filing formal complaints against ALL OF THEM, on a daily basis, until I was fired. I want absolutely NOTHING to do with any of the people I once considered good friends and people I would trust with my life. They are gutless, spineless, murderers…..all Of them. No matter what happens I will never life a finger to help any of them…..NO MATTER WHAT HAPPENS. I despise them…..and I… Read more »

My wife has been a nurse, of many types for years. I’ve enjoyed being there to counter her studies through a couple of masters and a doctorate by providing her with ” alternate ” info on various subjects, such as utilitarian bio-ethics, GMO foods, the phony Tony Fauci and a lotta other officially recognized academic nonsense. On 3 seperate occasions she was threatened with being fired if she didn’t submit to the injection by a specific date. All 3 times the deadline came and went without her being kicked out the door. Each of us will be further challenged. These… Read more »

I seriously doubt that living forever is as simple as an injection to change your genetics. In fact, I’m certain. My central concern is that these murdering globalists will do anything to be gods and live forever; it’s their central goal. The currently sitting scientists at research institutes and corporations worldwide already know that youthful blood when injected into aged blood will make it dewy and younger for a while.

Take that a step further to the place Jupiter Ascending (2015) goes–Harvest anyone?

you eternal life ask Jesus into your life and heart and follow him.

Kushner one busy dude. Coming out with a book – just had treatment for thyroid cancer! – and the dude thinks he has insight into living forever – WHAT A JOKE!

And just imagine the tragedy of an accident at a mere 250 years of age. ‘The poor fella had about 10 more centuries in ’em’

Jared doesn’t know it but he will live forever…it’s just a matter of humility and getting right with one’s Creator God! Either Heaven or He’ll…and IF Jared does not change his ways…well, it is appointed unto man once to die and then then the JUDGEMENT! Believers, pray for Jared and the whole family. Blessings. 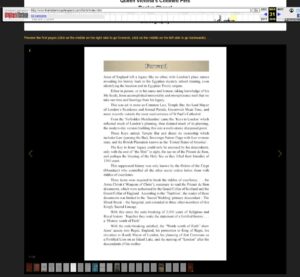 I have had a disturbing feeling of evil since I first laid eyes on this man. Reading this article confirms my suspicions! Trump’s pushing of the vaccine made me back away from him totally. Maybe he was the person responsible for that evil action.

Its a simple genetic procedure to allow humans to regain the abilty as their ancestors once had to live for about 800-900 yrs. But there was a very good reason why humans had most of their original genetics made to be inactive. Youre deemed a threat, youre too stupid and evil to be allowed to live a longer life, and damned forever adolecence, in both mind and spirit. /(*)\