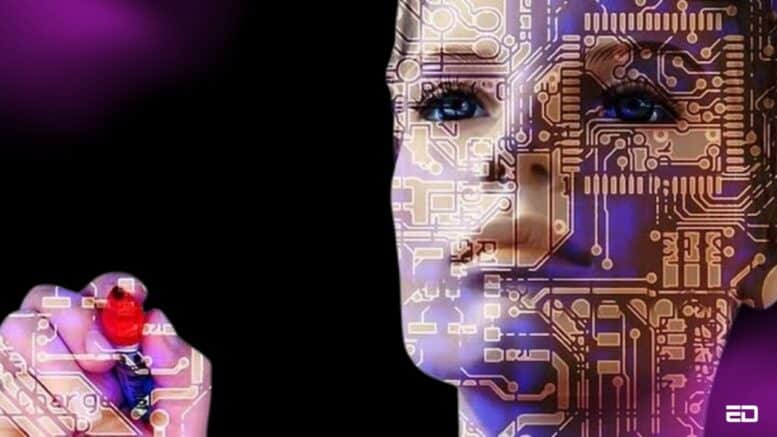 Image courtesy of ED Times (IN)

Society should adopt a general rule: if the World Economic Forum thinks something is a good idea, we do the opposite.

As part of its Davos 2022 thought-fest, an article appeared on the World Economic Forum site penned by Kathleen Philips, Vice President of R&D for imec and General Manager of its Eindhoven site in the Netherlands, regarding the topic of transhumanism.

Included in this article was the casual suggestion that we might one day consider microchipping children ‘for their safety’.

Pretty much every dangerous and terrible idea is ‘for our safety’ these days, but even the pro-bubble-wrap helicopter parents stopped and lofted an eyebrow. While they don’t mind fitting their kids with backpacks that have a leash hanging off which they use to walk their children like dogs – at least the backpacks can be taken off.

Once we start talking about altering humanity out of choice, rather than medical necessity, civilisation needs to have a different conversation.

Fear of a technical dystopia is nothing new. In my former job, we hired half a dozen of the true Millennials – kids born right around the year 2000 – and then started a casual office discussion about ‘what it was like for them living with the Millennial Project’. We quickly managed to fool them, through the power of adult consensus, that everyone born in 2000 had a microchip inserted behind their ears so that their parents could monitor their health. After about 20 minutes we had to give the game up when one had a meltdown, convinced they could feel the non-existent microchip under their skin. It took longer to convince them that we’d lied than it did to set up the initial joke. Had we tried this same thing with iGen-ers (those born 2010 onwards) – they may not have cared, or asked us if their chip had a wifi connection.

Our approach to technology is changing, particularly with the very young who came out of the womb and straight into the lens of a Tik Tok video.

No matter how many rational arguments there are for microchipping your pets, humans do it because they own their animals. If humans find themselves microchipped, it will be because someone owns them, be it a parent, company, or government.

There is a working example of this in Sweden – a pro-transhumanist nation – in which chip implants are used to unlock company doors. One of the first questions when the pandemic came around was, ‘Why not put our vaccine passports under our skin?’

Transhumanism actually started as a sub-culture fetish among the tech community about whether or not they could ‘improve’ their bodies to cheat death. Sadly, it has already been co-opted by the government and corporations as a system of control. This has become an inescapable danger of augmented biotechnology.

The WEF piece now carries a frustrated opening message, complaining that its sudden rise to fame in the world’s media this week is due to ‘disinformation’ rather than genuine alarm.

Help us prevent the spread of disinformation.

This article has been intentionally misrepresented on sites that spread false information. Please read the piece for yourself before sharing or commenting.

Or maybe the WEF was dragged through the spikes and whips of social media outrage for once again voicing an anti-human, unethical, and unacceptable ‘future’ dressed up as ‘safety’ and ‘progress’?

Let’s put the article ‘in context’. It begins by comparing the highly controversial topic of transhumanism (the fusing of human biology with technology) to ‘superheroes’. It’s a pretty tired and overused concept in the transhumanist community, but rarely is it applied to children. If it looks familiar, Australians most recently saw it promoted by medical authorities in advertising campaigns telling children that ‘vaccination made them superheroes’. The ACT even ran a ‘superhero day’ for children getting their vaccine.

‘Just in case there are any families out there with kids who have put up their shields against vaccinating, we thought we’d give them a helping hand and have a super-fun, super-relaxed superhero day just for kids,’ said the assistant director of nursing.

So yes, excuse the public if, after two years of Covid propaganda, they are a little weary of this well-worn dogma.

Superheroes have been dominating big and small screens for a while, but there’s a subtle change happening. Many children expect to develop superpowers themselves.

These expectations may sound unattainable, but we’re already making the first strides toward an ‘augmented society’. Trade fairs are boasting augmented reality (AR) goggles that show technicians where a particular screw should go. Your own phone gives you information about your fitness in real time or tells you about the latest fad.

At this, we must pause.

Conflating technology with transhumanism is a falsity. Humans have always made use of technology that does not alter their evolutionary biology – whether that be working out how to sharpen sticks into spears or wearing cool goggles. The topic of surgically inserted, grafted, and parasitic technology when not intended for medical purposes is a completely different thing. In concept alone, it may sound similar – but does anyone really believe that an inert metal plate in their hip is the same as a microchip embedded in their wrist with the power to deny them access to public spaces? It is the difference between a tattoo and a barcode.

The comment also assumes that the rise of an intensely integrated, technical world is a good thing. There is an open debate surrounding whether the mining of private data by big tech has gone too far and should be pushed backwards to stop them exploiting both our biometric and social data.

The article then goes on to talk about medical interventions, such as cochlear implants and prosthetics, continuing the confusion between medical technology and transhumanism.

Augmented reality doesn’t end there [with medical devices etc]. Your phone might feel like part of your body, but it’s not put in through surgery. Technology will become more intertwined with the body in the form of implants, but it will also seamlessly integrate with the environment – you might have sensors in a chair, for example.

Are we moving towards a ‘brave new world’? As scary as chip implants may sound, they form a part of a natural evolution that wearables once underwent. Hearing aids or glasses no longer carry a stigma. They are accessories and are even considered a fashion item.

Find me the child that wears a cochlear implant as a fashion accessory.

Getting an implant is obviously more invasive than picking up a pair of glasses. Generally, implants will likely be linked to medical conditions. […] Brain implants take us one step further and allow us to tap straight into the body’s ‘operating system’.

The article then switches from the unrelated medical industry to gaming and education. It is this leap that the general public, who are generally on board with basic medical intervention, scoff at.

Gaming is the next target. The question is whether implants will follow a similar evolution. Health? Plausible. Education and profession? Potentially.

It is then suggested that children with learning difficulties may use these chips to overcome problems like dyslexia and it is here that we begin to have ethical problems.

Relying on technology, rather than education and the expansion of our minds, to solve problems is a cause for concern. It is no different than giving up on teaching children to spell and instead implanting a dictionary chip. Did they learn to spell? No. Like a Millennial without an internet connection, their brains contain less general knowledge than the generation that preceded them.

Fundamentally, this reliance on technology makes humans more stupid. We are already seeing examples of this play out (and the social consequences) where less-invasive technology has led to declining literacy, numeracy, memory retention, and – as a consequence – critical reasoning skills are plummeting. When humans start relying on technology to do basic mental tasks, those human minds grow lazy. It might have worked for the first few generations who benefited from traditional educations and then used technology as an expansion of their knowledge base, but the younger generations are using technology as a replacement for their minds. They are, by global standards, becoming increasingly stupid.

Aside from implanting technology being a bad idea for our minds, we move onto the paragraph that caused the social media and talk-show meltdown.

The limits on implants are going to be set by ethical arguments rather than scientific capacity. For example, should you implant a tracking chip in your child? There are solid, rational reasons for it, like safety. Would you actually do it? Is it a bridge too far? […] Technology has always had the potential to transform society and improve our daily and professional lives. So does augmentation technology. It goes hand in hand with an evolution from health care to ‘well care’, where it’s not just about solving an impairment anymore. It’s about technology that supports you and improves your overall quality of life.

Let us ask one question of the transhumanists at the WEF.

What happens when the Chinese Social Credit-style Digital Identity (a WEF project now legislated in most countries, including Australia) is in play and the government decides to use that tracking chip against citizens who haven’t done their bit for ‘Climate Change’ or ‘global health’?

How quickly does a microchip become a prison?

After all, the definition of slavery is being owned by the powerful. With a chip in our arms or bits of tech grafted to our brains, we are no longer independent creatures.

No doubt here that many of the evils that evildoers have planned for the rest of humanity, some if not al of it will fall back upon them. “Who so diggeth a pit shall fall therein: and he that rolleth a stone, it will return upon him.

Relevance refers back to PRE-FLOOD, nothing NEW, the LAND is TRUE ISRAEL, the MILITARY VESSELS are called COUNTRIES, then comes MIND CONTROL so that each Military Vessel, those who want to SHOW OFF their expertise make noise to make something to appear, once a HUMAN BEING do their homework, suddenly they will realize the extent of PROGRAMMING they have encountered. On that basis, we need to care for each other out of REAL LOVE & RESPECT, this would help anyone globally that feels loss, consider COVID, how many have passed away, then remember how many have made it home? They… Read more »