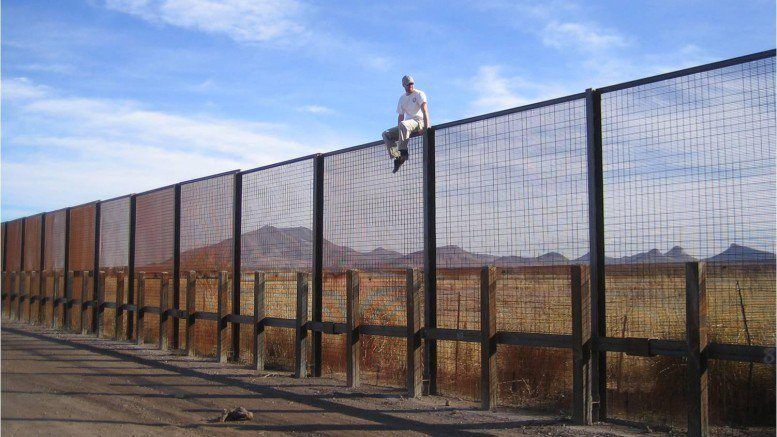 Please Share This Story!
PDF 📄
The U.S. inserted environmental language into NAFTA (North American Free Trade Agreement). Now that President Trump has reneged on terminating NAFTA outright, but rather will ‘renegotiate’ it, Mexico will turn the tables by filing a number of environmental lawsuits in international court over the border wall. It is a strange twist of irony, because Mexico could mostly care less about environmental issues in the first place. ⁃ TN Editor

Mexico’s foreign secretary is planning an all-out legal assault on any future construction of a border wall by the U.S., to include filing suits in U.S. and international courts over possible environmental, human rights and international treaty violations.

Foreign Secretary Luis Videgaray told congressional leaders here that Mexico will neither pay for nor cooperate with the wall proposed by the Trump administration, under any circumstances.

He called the wall proposal a “profoundly unfriendly” and “hostile” act.

“We won’t contribute in any manner, directly or indirectly or financially or in any other form to the continuation of a construction of a wall or any other type of physical barrier between our two countries,” Videgaray told members of the congressional foreign relations committee.

He said his office has assigned “significant human resources” to assemble a plan to fight the wall on every single possible violation of international treaties.

If the U.S., in the process of building a wall, violates any treaties including environmental treaties, Videgaray said Mexico would exercise it’s legal rights to the maximum, including filing suits in U.S. and international courts.

He cited specifically treaties pertaining to the Rio Grande and the Colorado River.

Videgaray listed potential rights violations the construction of a wall might entail, including private property, cultural, human, and anti-discrimination rights.

Any attempt by the U.S. to tax remittances sent home by Mexicans in the U.S. would threaten negotiations on any other matters, Videgaray said.

“Remittances are not only a flow of foreign exchange from the macroeconomic point of view, but as we all know it is a fundamental support for many families, particularly low-income families,” he said, adding that a tax on the payments would be a “breaking point in any dialogue on other issues.”

In response to lawmakers’ questions, Videgaray confirmed that the idea of requiring American tourists to obtain a visa to enter Mexico merits consideration. No visa is currently required.

He warned, however, that a visa requirement could harm Mexico’s tourism industry.

Instead, Videgaray promised his office would explore the idea of charging an entry fee instead.

He said Mexico will continue to follow through on bilateral cooperation agreements with the U.S., including security cooperation, but will not enter into any new agreements for the time being.