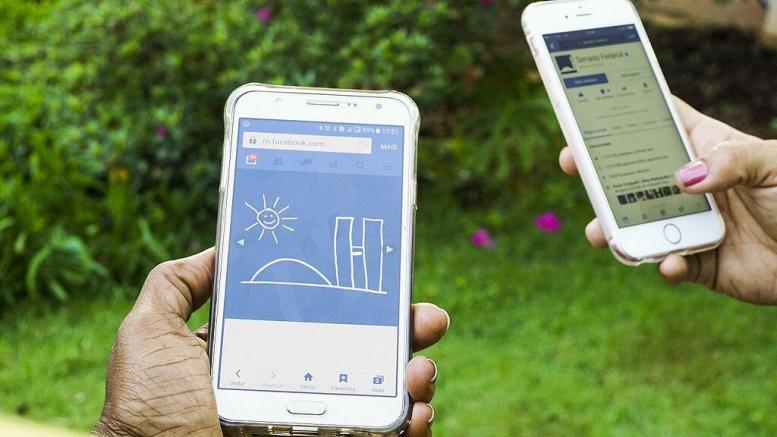 Posted By: Stephanie Kirchgaessner via The Guardian March 25, 2020

Please Share This Story!
PDF 📄
A global tracking system for all inhabitants on earth? This would be a major building block for Technocracy’s planned system of global social engineering, i.e., total control. ⁃ TN Editor

The mobile phone industry has explored the creation of a global data-sharing system that could track individuals around the world, as part of an effort to curb the spread of Covid-19.

The Guardian has learned that a senior official at GSMA, an international standard-setting body for the mobile phone industry, held discussions with at least one company that is capable of tracking individuals globally through their mobile devices, and discussed the possible creation of a global data-sharing system.

Any move to create such a global tracking system would represent a major escalation in efforts to use mobile phone location data to help stem the pandemic, and would be likely to raise concerns among privacy and security experts.

Until now the use of mobile phone tracking in the fight against Covid-19 has been restricted to national governments, which are either monitoring data within their borders or in discussions with mobile operators and technology companies about doing so.

They include the US, India, Iran, Poland, Singapore, Israel and South Korea. The British government is engaged in talks with BT, the owner of the UK mobile operator EE, about using phone location and usage data to determine the efficacy of isolation orders.

The concept of an international mobile tracing scheme would go further, enabling authorities to monitor movements and potentially track the spread of the disease across borders. The GSMA represents the interests of 750 mobile phone operators and vendors across the world and helps set international standards for companies.

A person familiar with its exploratory talks said they were at an early stage and that decisions had not yet been made about whether to move ahead with the plan. The aim of such a global network would be to enact “contact tracing”, enabling authorities to use mobile location data to track who a person infected with Covid-19 may have come in contact with.

A spokesperson for GSMA strenuously denied it was currently involved in any project to create a global tracking system. “We are not involved in a project of this nature,” the GSMA spokesperson said. However the GSMA also said it would not comment on discussions that had taken place or ideas that were being explored.

“In this emergency situation, the GSMA and its members are doing everything they can to help the global fight against Covid-19,” Mats Granryd, the director of the GSMA, said in a statement emailed to the Guardian. “We are engaging with operators, policymakers and international organisations around the world to explore viable mobile big data and AI solutions to fight this pandemic while adhering to principles of privacy and ethics.”

Since I don’t own a cellphone, how exactly does this program work?