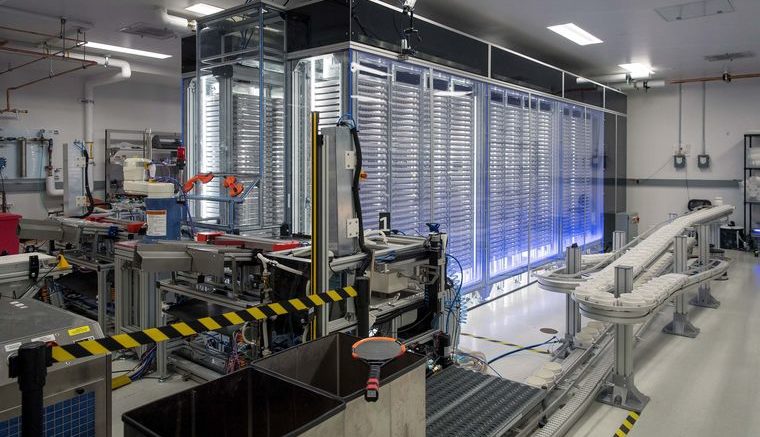 Please Share This Story!
PDF 📄
Nobody likes mosquitos but ordering their extinction gives Technocrat-minded scientists all kinds of ideas on how to best use technology on how to do it. Worse, Alaphabet, Inc. (owns Google) is leading the charge. ⁃ TN Editor

A white high-top Mercedes van winds its way through the suburban sprawl and strip malls as a swarm of male Aedes aegypti mosquitoes shoot out of a black plastic tube on the passenger-side window. These pests are tiny and, with a wingspan of just a few millimeters, all but invisible.

“You hear that little beating sound?” says Kathleen Parkes, a spokesperson for Verily Life Sciences, a unit of Alphabet. She’s trailing the van in her car, the windows down. “Like a duh-duh-duh? That’s the release of the mosquitoes.”

Jacob Crawford, a Verily senior scientist riding with Parkes, begins describing a mosquito-control technique with dazzling potential. These particular vermin, he explains, were bred in the ultra-high-tech surroundings of Verily’s automated mosquito rearing system, 200 miles away in South San Francisco. They were infected with Wolbachia, a common bacterium. When those 80,000 lab-bred Wolbachia-infected, male mosquitoes mate with their counterpart females in the wild, the result is stealth annihilation: the offspring never hatch.

Better make that 79,999. “One just hit the windshield,” says Crawford.

Mosquito-borne disease eradication is serious stuff for Alphabet, though it is just one of many of the company’s forays into health care and life sciences. Through Verily and other branches of the company, Alphabet is investigating smart contact lenses, artificial intelligence applications for health care, and the molecular mechanisms of aging. Just this month, Alphabet hired Geisinger Health CEO David Feinberg to oversee its many health-care initiatives.

Verily guards its technology closely. But it stands to reason that if it succeeds in making mosquito control easy and cheap enough, it could have a lucrative offering on its hands: Many governments and businesses around the globe might be glad to pay for a solution to their mosquito problems.

In the arid climate of California’s Central Valley, A. aegypti are detested for their vicious bite. But there, at least, they don’t typically transmit disease. Other places aren’t so lucky. The mosquito species is among the world’s deadliest, spreading diseases such as dengue fever and chikungunya in the tropics and subtropics. The diseases its bite carries kill tens of thousands of people every year and infects millions more. Releasing Wolbachia-infected mosquitoes into the wild may eventually wipe out entire populations of deadly mosquitoes and the diseases they carry.

At Verily’s headquarters, the “factory” where the mosquitoes are bred incorporates even more automation. Once the eggs are laid, robots rear the mosquitoes to adulthood, packaging them in containers filled with water and air, feeding them, and keeping them warm. Still other robots sort them by sex, first by size (females are bigger) and then optically, using proprietary technology. Mosquitoes are all given a digital identifier that makes it possible to follow them from egg-state to the specific GPS coordinate where they’re released.