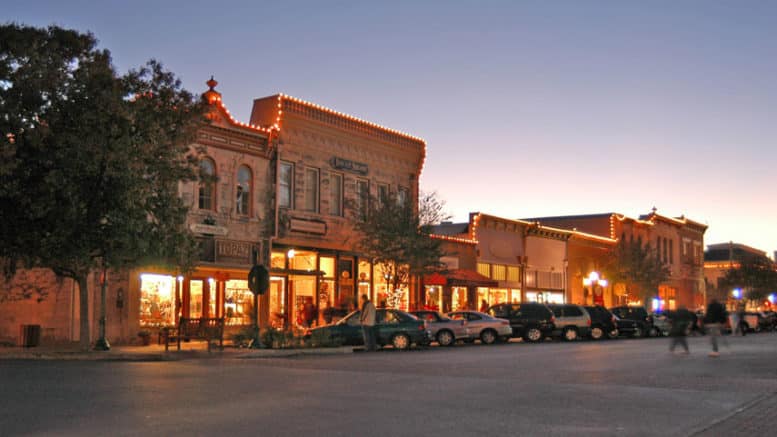 Please Share This Story!
PDF 📄
Georgetown, Texas was pitched by Green New Deal ideologues on becoming a totally green city by running on 100% renewable energy. As energy prices quickly went through the roof, the city is in full retreat and left with a huge bill that it cannot pay. ⁃ TN Editor

It wasn’t supposed to be this way. Georgetown, Texas – population 75,000 – was to be the new poster child of the green movement.

Environmental interest in Georgetown’s big push to generate all of its electricity from wind and solar power was amplified by three factors: the town and its mayor were nominally Republican; Georgetown is in an oil- and natural gas-rich state; and that state is deep-red Texas.

Last October, while the green dream was still in full flower, the city applied for a $1 million grant from former New York City Mayor Michael Bloomberg’s nonprofit, Bloomberg Philanthropies, and won it.

Ostensibly to be used for energy storage innovation in batteries, the grant’s only real requirement was that the city serve as a public relations platform in Bloomberg’s push to convince Americas to abandon affordable fossil fuels and switch to more costly renewable energy.

Trouble started when politicians’ promise of cheaper renewable energy was mugged by reality.

Georgetown’s electric bills went up as more wind and solar power displaced cheaper natural gas in the power portfolio of the Georgetown’s municipal utility. Politicians scrambled for cover. And the bloom came off Georgetown’s renewable rose.

Now, largely embarrassed members of the City Council are trying to figure out how to unwind the renewable mess they and their predecessors voted themselves into.

With their municipal utility facing a $7 million shortfall – money that has to be made up by the city residents through higher electricity costs – the City Council voted 5-1 in July to instruct the staff to figure out how to wriggle out of the Bloomberg PR deal.

On Aug. 13 the Council voted 5-0 to officially kill the deal. The city is also raising property taxes.

The Council member who asked for the vote said he wasn’t opposed to renewable energy, but that in light of the city utility’s deficit, the city should focus on the basics, rather than “doing experiments.”

Indeed, there’s not a single city in the contiguous 48 states that runs solely on wind and solar power. The reason is simple: electricity gets to cities via a grid, and that grid draws its energy from a variety of sources – mostly natural gas.

Excluding large-scale dams, which fell out of favor with the environmental movement 50 years ago, renewables powered about 10 percent of the U.S. grid last year.

This means that cities like Georgetown, which have contracted to take power from wind and solar farms hundreds of miles away, don’t risk blackouts on windless nights, because reliable power is delivered from a grid getting power from fossil fuels.

As part of the Bloomberg agreement, Georgetown was going to hire a new bureaucrat to oversee the installation of solar panels on homes, while creating a battery storage farm to keep the grid energized when the sun wasn’t shining and the wind wasn’t blowing.

But such arrangements are hardly cutting edge. In fact, the physics and economics of battery storage are well known. And here’s where Georgetown’s 100 percent renewable push merely looks like expensive virtue signaling.

Moore’s Law governs the world of computing – the speed and capability of computers doubles every two years. But computers only manipulate 1s and 0s.

In contrast, we use energy to manipulate the physical world – to cool and heat homes, to move ourselves and commerce faster and farther than we could using our feet (or horses or bicycles), and to bring light to the darkness. Efficiency improvements in the natural world move more slowly and yield to diminishing returns as they reach physical limits.

When I read such articles as this I always wonder–Did no one do the math?

Besides the very basic math that was obviously not calculated for a population of 75,000, the so-called leaders(?-Yikes) of the community ignored one basic need: retraining the people to be responsible users of energy — a must when using renewables. If off-grid, responsibly is key to capturing, using and storing energy for continuous availability without interruption of service. In TX? I guarantee that will NOT happen. Taking bets, too.

Math??? Math??? Who does math anymore since it has recently become a non-arguable white supremacist tool to keep the oppressed oppressed?

“…it has recently become a non-arguable white supremacist tool to keep the oppressed oppressed (sic)?”

Windmills and Solar Panels Power cannot operate as Stand Alone without the Grid Power that supplies inductive and capacitive energy to Motors and generators.