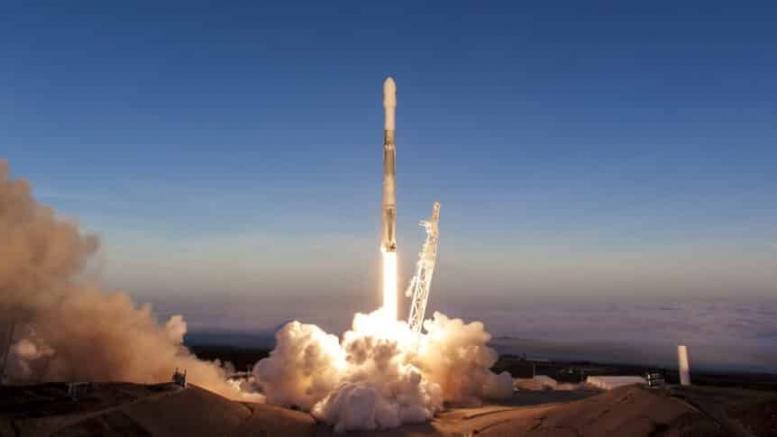 Undeterred from the global health crisis and resulting economic and financial meltdown, Technocrat Elon Musk went ahead with the launch of another 60 Starlink satellites to blanket earth with 5G service. ⁃ TN Editor

Three days after a dramatic launch abort, a SpaceX Falcon 9 rocket suffered a premature engine shutdown during the climb to space Wednesday but was still able to place another batch of 60 Starlink internet satellites into the planned orbit. The first stage, however, was unable to pull off what would have been its fifth landing, instead chalking up SpaceX’s second unsuccessful recovery in the past three flights.

The launching from historic pad 39A at the Kennedy Space Center came just hours after NASA put its field centers on coronavirus “level 3” status, requiring civil servants to work from home and closing the bases to all but “mission-essential” personnel to slow the spread of the COVID-19 virus.

But the restrictions did not affect SpaceX workers or Air Force personnel who provide tracking and telemetry support, and the Falcon 9 thundered to life at 8:16 a.m. EDT, streaking away from pad 39A at the Kennedy Space Center along a northeasterly trajectory over the Atlantic Ocean.

A launch try Sunday was aborted as the booster’s nine Merlin 1D engines were firing up when “out of family” data was detected during a last-second computer check. No details were provided, but the company was able to recycle for a second launch try Wednesday and this time around, the countdown ticked smoothly to blastoff.

The first stage, after boosting the second stage and its cargo of 60 Starlink satellites out of the thick lower atmosphere, attempted to fly itself back to fifth landing an off-shore droneship, firing three engines to slow down as it plunged back toward Earth.