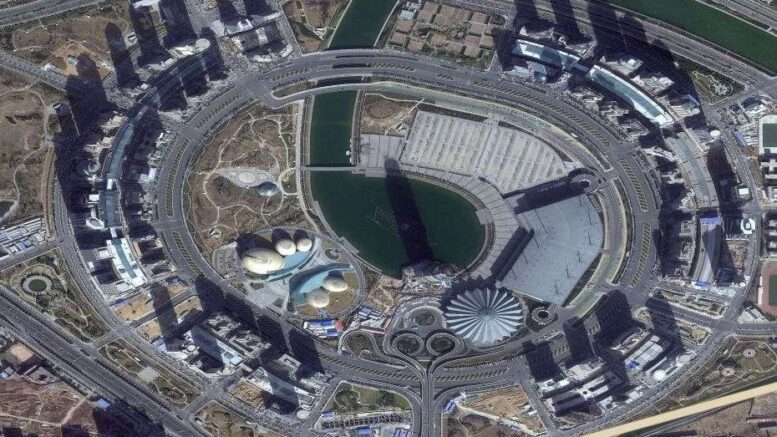 Please Share This Story!
PDF 📄
“Technocrats Unite!” might be more than a catch-phrase if a new autonomous city planned just for them jumps into existence. Autonomous in this instance means independent of any nation-state or other political authority, in other words, a utopian Technate. ⁃ TN Editor

Ex-Uber executive Ryan Rzepecki is looking to build a private, politically autonomous city that would accept the anticipated exodus of Silicon Valley tech workers who are now remote since corporate offices have shuttered.

As The Telegraph’s Margi Murphy reports, Rzepecki wants to use the cash from the $200 million sale of his electric bike company Jump — which he sold to Uber — into developing a plan for such a city.

“More and more people can work remotely and are not tied to existing cities, so there is demand to create new places for them to live, with new regulatory frameworks,” Rzepecki told The Telegraph.Advertisement There isn’t a location attached to the project just yet, but Rzepecki is in contact with urban planners including those at the Charter City Institute. He hopes to eventually leverage his connection with Silicon Valley insiders to make his vision a reality.

A charter city would entail working with a so-called host nation that would designate land for development. In exchange for an economic boost, they would give the okay for the city to operate independently.

Charter cities and the concept of seasteading as a whole have seen a resurgence of interest from Silicon Valley during the COVID-19 pandemic, according to a separate Telegraph report. Seasteads are permanent, politically autonomous floating cities that would operate on international waters, free from government oversight and taxes. As more tech companies embrace work-from-home policies and offices remain closed, employees are allowed more freedom to relocate for the foreseeable future.

As it is, surveys have suggested many tech workers are interested in leaving the San Francisco Bay Area for less dense locales, speeding up an “urban flight” from the region’s cities. But others may simply relocate within the Valley and the surrounding areas, like some in San Francisco who are snatching up real estate in the wine country north of the city.

Other top investors in the Valley, including billionaire and Trump advisor Peter Thiel, support the charter city and seastead movements and have poured millions into such projects over the years. As Business Insider’s Aria Bendix reported in mid-2019, floating cities may be a reality — but less so as floating communes for billionaires and more so as a solution for nations grappling with rising sea levels and overcrowding.