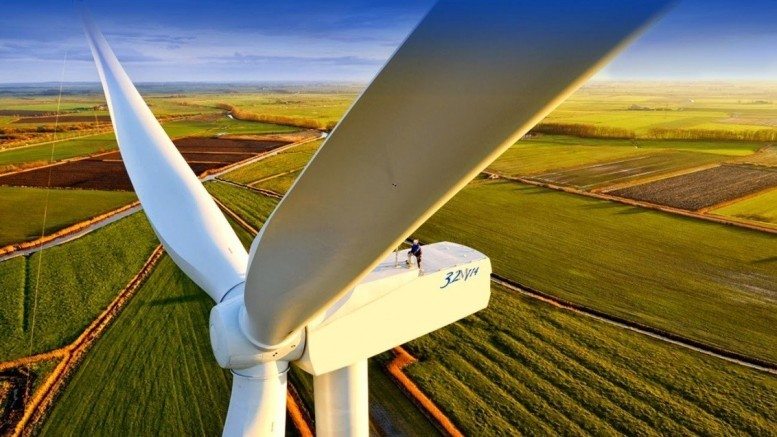 Please Share This Story!
PDF 📄
Cheap, alternative energy is the big lie of the century. It’s also a blatant oxymoron. If Biden and his United Nations cronies force us into the “Green New Deal”, we will be facing a minimum of a tripling of energy prices plus serious energy disruptions in the national energy grid. ⁃ TN Editor

President Joe Biden keeps claiming that wind and solar energy are going to save money for consumers. But more government subsidies to “renewable energy” is a key feature of the White House anti-inflation strategy recently announced by Biden.

He probably got that idea from John Kerry, the administration’s climate czar, who recently claimed that “solar and wind are less expensive than coal or oil or gas.” Pete Buttigieg, the Biden Transportation secretary, makes the same claims about the thousands of dollars that motorists can save if they buy electric cars.

This couldn’t be more wrong.

Proponents of “green” energy boondoggles are often masters at playing with the numbers, because that is the only way that wind and solar electricity generation make any sense. Advocates such as Kerry love to focus on the low operating costs of solar and wind since they don’t require constant purchases of fuel. Ignoring the relatively short lifespan of solar and wind components, as well as the high initial investment, can make it appear as though solar and wind operate at lower costs than fossil fuels or nuclear power.

Let’s get the facts straight. The cost isn’t just what you pay at the retail level for gas or power. It also includes the taxes you pay to subsidize the power. A 2017 study by the Department of Energy found that for every dollar of government subsidy per BTU unit of energy produced from fossil fuels, wind and solar get at least $10.

That’s anything but a money saver.

The reason the subsidies are so high is that solar and wind have additional costs compared to their more reliable competition. “Green” energy sources are non-dispatchable, meaning their output can’t be changed to match demand. The wind doesn’t blow harder, and the sun doesn’t shine brighter, just because electricity use is peaking.

Conversely, fossil fuel entities—such as a coal plant—can ramp up generation when we need it most and ramp down when demand falls.

Widespread adoption of solar and wind generation would necessitate expensive batteries on a large scale to ensure that people still have power when the wind stops blowing or when the sun stops shining—like it does every single night.

So, unlike reliable and flexible natural gas, solar and wind require large-scale storage solutions: massive banks of batteries that are hardly environmentally friendly but are also extremely expensive. And since batteries don’t last forever, they add to both the initial expense and maintenance costs during the life of a solar or wind energy generating station.

The same problem exists with electric cars. The sticker price on EVs is considerably higher than for conventional gas-operated cars, and the so-called savings over time assume that the electric power for recharging is free. But it isn’t and power costs are rising almost as fast as gas prices.

Factors such as these are consistently ignored by Kerry and other “green” energy activists.

To genuinely evaluate dissimilar energy sources and provide an apples-to-apples comparison, the U.S. Energy Information Administration uses the Levelized Cost of Energy (LCOE) and the Levelized Cost of Storage (LCOS). These measures consider the initial costs, the lifespan of generation and storage systems, maintenance and fuel costs, decommissioning expenses, subsidies, etc., and compare that to how much electricity is produced over a power plant’s lifetime.

The numbers don’t lie: “green” energy is a complete waste of resources.

Imagine paying four to six times as much every month for the same electricity! That’s the green paradise world that the Biden administration wants for America.

No Savings With ‘Green’ Energy: It’s 4 To 6 Times MORE Expensive - All View News

Never trust a democrat to know or tell the truth. Lying is their native tongue.

Net Neutrality Is 'Climate Change' for the Internet