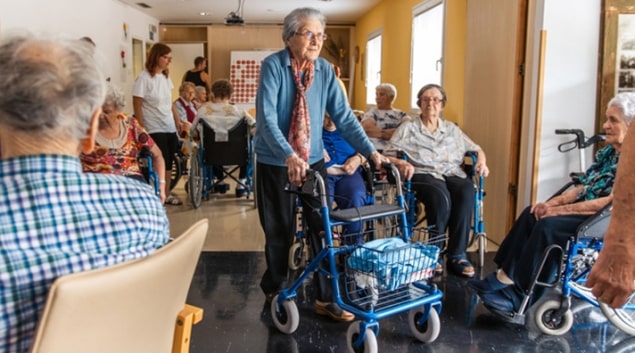 Please Share This Story!
PDF 📄
There are only 13,600 nursing homes in America but COVID-19 data is wildly inaccurate. Yet, the narrative surrounding this faulty data has fomented a national meltdown. Corrupted COVID-19 data is fully comparable to corrupted climate change data. ⁃ TN Editor

When the administrator of the Saugus Rehab and Nursing Center in Saugus, Massachusetts, heard that a new Medicare website reported her facility had 794 confirmed cases of COVID-19 — the second highest in the country — and 281 cases among staff, she gasped.

“Oh my God. Where are they getting those numbers from?” said Josephine Ajayi. “That doesn’t make any sense.”

Those weren’t the numbers that her facility reported to the CDC’s National Healthcare Safety Network, under new rules from the Centers for Medicare & Medicaid Services (CMS), she said.

Ajayi said her 80-bed facility actually reported 45 residents have tested positive and five residents died, although the CMS website showed no Saugus deaths. About 19 staff members tested positive for the virus, and most have returned to work, she said.

Officials at skilled nursing facilities around the country said Monday they were shocked to see their data reported inaccurately — wildly so in some cases, as at the Saugus home — on the new CMS public website launched Thursday. The numbers are scaring families, harming their reputations, and in some cases are physically impossible, given the number of beds or staff in their facilities, they said.

The data fill 56 columns detailing COVID-19 infected residents, staff, testing, and equipment, going back to at least May 1. As of Thursday, CMS said 88% of the nursing homes in the country had reported. Going forward after a grace period ended June 7, they risk fines of $1,000 and up for every week they fail to update their data.

But in many cases, nursing home officials said their data were somehow scrambled, either because nursing home personnel reported in the wrong columns, or the numbers were loaded incorrectly somewhere between the CDC and CMS.

For example, Southern Pointe Living Center in Colbert, Oklahoma, with 95 beds, was reported to have had 339 residents die of COVID-19, yet no confirmed or suspected cases.

“We have not lost anyone nor have we had a [COVID-19] case in the building,” said a woman identifying herself as an assistant at Southern Pointe but who declined to give her full name. The day after CMS released the data, on Friday, she said someone from the CDC called the facility to ask if their numbers were correct as reported, “and we told them no.”

She added, “I don’t know how that happened but that is an error on their end.” As of Tuesday morning, the posted data had not been corrected.

MedPage Today first learned of the inaccuracies shortly after publishing an article Friday on the new public database. In that article was a list (since removed) of “outliers” — those with the highest numbers of cases and deaths among residents and staff — that included Dellridge Health and Rehabilitation Center in Paramus, New Jersey. The CMS data indicated it had the most COVID-19 deaths of any nursing home in the country at 753.

That number is “insanely wrong,” Jonathan Mechaly, Dellridge’s marketing director, wrote in a frantic email. “We are a 90-bed center and have had less than 20 deaths!! How do you report such inaccurate numbers?”

After a download of the data, a quick sort of the columns easily reveals extreme totals in various categories. But no one called those nursing homes before the data were released to doublecheck, for example, when 100-bed Smith Village in Chicago was shown to have 1,105 confirmed COVID-19 cases among residents and 955 confirmed COVID-19 cases among staff, the most in the country.

“We apparently misread the instructions, which were not very clear,” Yahaira Ramirez, Smith Village’s director of clinical operations told MedPage Today. The facility has had only 38 positive cases among residents and 14 deaths, and among staff, 37 positive or suspected cases but no deaths, she said. But instead of showing up as a total, those numbers somehow appeared as if there were additional cases every day in May. No one caught the error.

It would have been helpful if someone from either agency had at least checked on the highest outliers before publishing, Ramirez said. “We’ve been trying to abide by a lot of the guidelines (from) CMS and CDC, but it’s been challenging. You talk to different people and you get a different answer. Unfortunately, I’m not surprised that they haven’t reached out.”

This is a good article! Please see this one also: https://thefederalist.com/2020/08/11/governors-cant-use-coronavirus-to-indefinitely-declare-a-state-of-emergency/ This is called Tyranny people!! This is happening world wide. I work at one assisted living/nursing home/rehab center and I can tell you there was ZERO cases. Yet the poor elderly have been locked in their rooms, not being allowed to eat in the dining room to visit. Their meals are delivered to their rooms. Their families were not allowed to see them. They were not allowed to go anywhere and the normal programs like Bible study, and field trips, etc. were all cancelled. This is Tyranny! Our community… Read more »

…in other words…more lies, misrepresentations, propaganda and attempts at manipulation in search of power using a tool of fear created by The New World Order….

It is insane alright. Why is this happening?