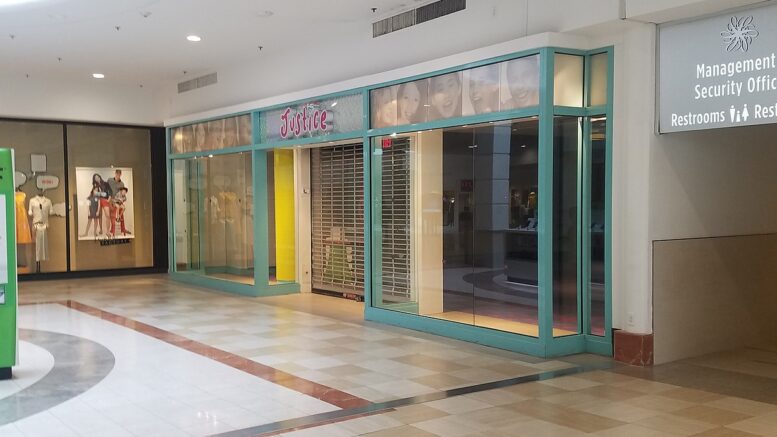 The pandemic has facilitated the largest transfer of wealth in world history as the middle class is gutted and global corporations fill the vacuum. Capitalism is on its deathbed, under a do-not-resuscitate order from the likes of the World Economic Forum. ⁃ TN Editor

Let’s start with the basics. There’s no evidence that lockdowns work to stop the spread of coronavirus. None. This is not guesswork.

After ten months of the pandemic, we have data from more than twenty major countries around the world that have tried lockdowns in various forms. The lockdowns range from extreme (as happened in Victoria in Australia) to moderate (Sweden) to non-existent (South Dakota).

The results are striking. There was no material difference in caseloads or fatality rates regardless of what kind of lockdown was used. In some cases, an extreme lockdown reduced the spread for a short period of time. But, sooner than later, the virus returned. Lockdowns may briefly shift the caseload from one time period to another, but they do not change the total caseload over time.

Meanwhile, lockdowns kill. The lack of socialization during a lockdown leads to drastically increased rates of suicide, drug abuse, alcohol abuse, domestic violence and other deadly behaviors. Families are being separated (at best) or torn apart (at worst) due to the separation and stress of lockdowns.

Many people with other diseases such as cancer and heart disease avoid treatment for fear of contagion in hospitals and end up dying as a result. There’s nothing wrong with simple precautions such as hand-washing, social distancing and mask-wearing, although there’s good evidence that masks don’t work either. But, those steps are low cost, and people easily adapt to them.

In conclusion, lockdowns are extreme, don’t work and come at an enormous social cost. They’re mostly virtue signaling for clueless politicians and even more clueless reporters who egg them on.

But the economic damage they cause is vast and undeniable.

There Has Been Improvement

Annualized growth in the second quarter of 2020 was negative 31.4%, the biggest quarterly drop in U.S. history. And, the National Bureau of Economic Research, the designated scorekeeper for when recessions begin and end, declared that a recession began in February.

No one doubts that call for an instant. Since then, some things are much improved, it’s true.  The technical recession was over by June 30. The stock market roared back to new all-time highs by September for the S&P 500 and the NASDAQ Composite. The Dow hit a new all-time high last week.

Unemployment fell to 6.9% in early November; still high, but a big improvement over the 14.7% unemployment rate we saw in May. Annualized GDP also bounced back, up 33.1% in the third quarter. That was not enough to make up the first-half decline, but it was a good start.

So, with unemployment down, the economy up and stocks at new all-time highs, does this mean the coast is clear and the pandemic panic is over?

We’ve seen a new spike in coronavirus caseloads and fatalities. The possibility of several vaccines being available in the near future is good news, but it will take weeks or months before most Americans get their injections (the vaccine will initially be limited to the most vulnerable citizens, which is good public health policy).

Politicians are doing the only thing they know how to do, which is to lockdown the economy.

So, are you ready for the Great Business Lockdown Part II? You may be ready, but small businesses definitely are not.

Businesses were already struggling after the March – July lockdown and the violent protests that affected many cities this past summer. Now, many will take another hit.

The one thing you can be sure of is that lockdowns destroy small-and-medium-sized businesses, which constitute 45% of GDP and 50% of all jobs.

Joe Biden’s health advisors are the loudest voices in favor of the lockdowns. They may not stop the virus, but they will kill the economy.

There’s another factor that will deepen the new recession: the mass exodus from cities that’s been underway for months.

Not the pandemic but criminal political whore$!