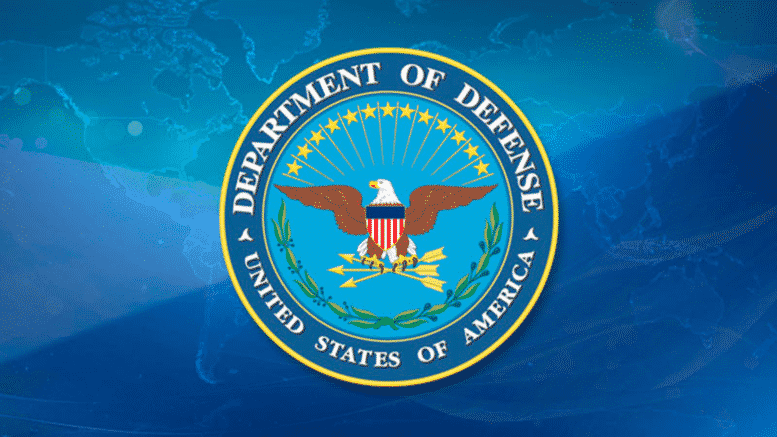 Please Share This Story!
PDF 📄
This is a perfect example of how Technocrats within the “military/industrial complex” and those in the Big Tech world are bonded tightly together. Leaders of one can whine and complain about the other, but when the sun goes down, they both retire to the same bedroom. ⁃ TN Editor

The Defense Department wants to make major improvements to its biometric surveillance capabilities, starting with moving its databases and entire operational system to a cloud environment hosted by Amazon Web Services.

The current Automated Biometric Identification System, or ABIS, environment is split between DOD-owned, on-premise systems and AWS-hosted cloud backups. As part of a new pending solicitation, DOD plans to move the main operational environments to the cloud and begin a set of major capability improvements.

A request for information posted Tuesday to beta.SAM.gov outlines the department’s plans for Biometric Enabling Capability Increment 1, the second phase of a program that got its start in 2007 with Increment 0, which resulted in the launch of ABIS v1.2 in 2014. Since that time, the program has upgraded ABIS to version 1.3 and established plans to expand the system with new capabilities and a cloud architecture that enables global access.

The system contains biometric identifiers—including face, fingerprint, iris and others—on more than 18 million people, most of whom are identified enemy combatants.

The system is set up to provide biometric authentication and identification to troops throughout the world and connect with databases managed by other federal agencies—such as the Homeland Security Department and FBI—as well as international partners. ABIS is built on common standards used by the Army and the rest of the Defense Department, as well as “industry standards for system development and operational procedures.”

ABIS v1.3 also has five subsystems: the ABIS Core that manages all workflow throughout the system; the Search Core, a commercial off-the-shelf product by Morpho Biometric Search Services that matches various biometric markers with stored records; the Examination Tools widget where investigators submit and review searches, powered by commercial tools Athena THEMIS and WHORL; the ABIS Portal, the main user interface; and the System Administration Tools used by IT managers to maintain the system.

The contract outlined in the RFI will be built around two deliverables: ongoing operations and maintenance of ABIS and incremental improvements and rapid deployment of new capabilities, including a wholesale move to the cloud.

The operations and maintenance part of the contract will include general upkeep of the existing system, as well as decommissioning the on-premise parts of ABIS v1.3 that will be moving to a cloud environment as part of the first wave of improvements.

While major improvements are covered under the second directive, the contractor will be expected to keep the current capabilities up-to-date, including developing and implementing a technology refresh plan “to prevent obsolescence and keep pace with technological improvements,” according to the performance work statement.

The secondary development process is being organized through three “capability drops,” with the first covered under the pending solicitation, and subsequent drops planned as change orders to the final contract.

“Though similar to traditional program increments, the capability drops will focus on rapid software development and fielding,” with 18-month cycles from development to deployment, the RFI states.

Put classified info into a cloud run by Amazon. What could possibly go wrong?!
This reminds me of the classical illustration of an oxymoron:
“Military intelligence.”