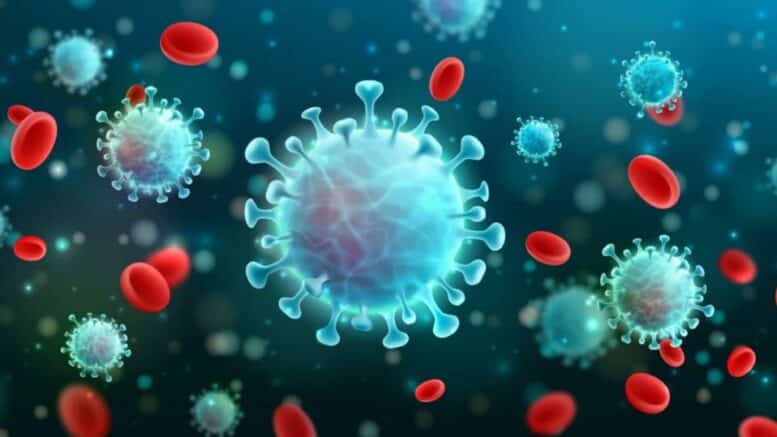 Please Share This Story!
PDF 📄
A leading epidemiologist predicts that variants of COVID-19 will reveal a permanent pandemic that can only be headed off by a continuous series of unapproved gene therapy injections – to every inhabitant of earth. In other words, it will never end. This is flies in the face of modern medicine and established scientific practices. ⁃ TN Editor

The pandemic is not coming to an end soon — given that only a small proportion of the world population has been vaccinated against Covid-19, a well-known epidemiologist told CNBC.

Dr. Larry Brilliant, an epidemiologist who was part of the World Health Organization’s team that helped eradicate smallpox, said the delta variant is “maybe the most contagious virus” ever.

In recent months, the U.S., India and China, as well as other countries in Europe, Africa and Asia have been grappling with a highly transmissible delta variant of the virus.

WHO declared Covid-19 a global pandemic last March — after the disease, which first emerged in China in late 2019, spread throughout the world.

The good news is that vaccines — particularly those using messenger RNA technology and the one by Johnson & Johnson — are holding up against the delta variant, Brilliant told CNBC’s “Street Signs” on Friday.

Still, only 15% of the world population has been vaccinated and more than 100 countries have inoculated less than 5% of their people, noted Brilliant.

“I think we’re closer to the beginning than we are to the end [of the pandemic], and that’s not because the variant that we’re looking at right now is going to last that long,” said Brilliant, who is now the founder and CEO of a pandemic response consultancy, Pandefense Advisory.

“Unless we vaccinate everyone in 200 plus countries, there will still be new variants,” he said, predicting that the coronavirus will eventually become a “forever virus” like influenza.

Brilliant said his models on the Covid outbreak in San Francisco and New York predict an “inverted V-shape epidemic curve.” That implies that infections increase very quickly, but would also decline rapidly, he explained.

If the prediction turns out be true, it means that the delta variant spreads so quickly that “it basically runs out of candidates” to infect, explained Brilliant.

There appears to be a similar pattern in the U.K. and India, where the spread of the delta variant has receded from recent highs.

hahaha. His name is Larry Brilliant! He is completely possessed by some Hindu diety! he is inaugural Exec. of Google! he is married to Girja (formally Elaine). Co-founder of the Seva foundation, and Brilliant is close friends with Steve Jobs. I will add links. But Seva has a logo which see:https://en.wikipedia.org/wiki/Seva_Foundation Which shows the center eye as their illuminator, cause in Yoga the snake is said to go up the spine! “Thou shalt have no other gods before Me.” Exodus 20:3. Brilliant knows this being Jewish, but he has chosen as has Jobs Hindu gods for himself. DEVILS/THEY LIE! https://www.yogapedia.com/definition/4999/seva… Read more »

There is NO SUCH THING AS #COVID19

87 health/science institutions globally have all failed to provide or cite even 1 record of “SARS-COV-2” isolation/purification, by anyone, anywhere, ever, so how can you identify a “variant” strain?

Blah, blah, blah. God! I certainly hope the worldwide audience watching this ridiculous model of lies played out over the last 15-days said Fauci (NO! 15-Months and counting!) is as sick of them as I am.

These fascists MUST be taken down. The People of the USA need to wake up in order to eradicate the nasty nests of fascists wherever they are in the political system–HIGH & low.

Doctor calls out CDC and school board at school board meeting with massive truth bombs https://youtu.be/X7v_0K3kV60

The ‘year of the variants’; how can a virus that doesn’t exist, produce ‘variants’?
These supposed ‘experts’ do lie through all their teeth, they might think we are all dafties.
Renowned professors of epidemiology have warned us that variants are NEVER dangerous [dolores cahill & sucharit bhakdi]

These variants don’t exist and they are part of the Coid hoax,

Haven’t Influenzas’ been with us some man was created? as have many bugs that always mutate …

Appears Dr Larry Brilliant is trying to drum up the value of his company’s’ shares and scare people – more business for his new Company.

I think Dr Larry is the idiot here, and is copycatting those before him, also doing his own PR to save and and make more profits.