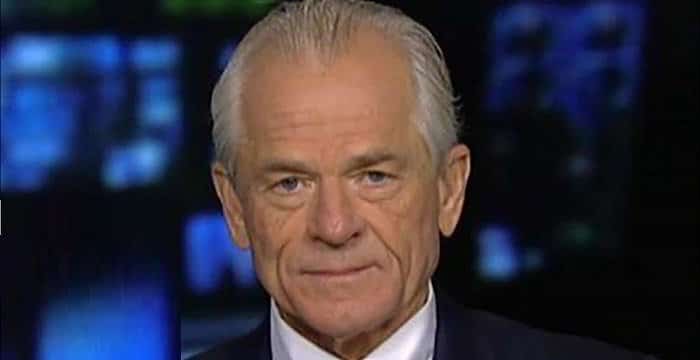 Navarro wrote an op ed for USA Today explaining his personal  interactions with Fauci. Being a big Fauci supporter, it “fact-checked” Navarro with their own editorial comments sprinkled throughout. ⁃ TN Editor

White House trade adviser Peter Navarro tore into Dr. Anthony Fauci in a stunning op-ed on Wednesday, saying the National Institute of Allergy and Infectious Diseases director, who has been a leading voice on the Coronavirus Task Force, has been “wrong about everything.”

“Dr. Anthony Fauci has a good bedside manner with the public, but he has been wrong about everything I have interacted with him on,” Navarro wrote in a blistering op-ed for USA Today.

Navarro began by saying that Fauci “fought against” Trump’s “courageous decision” in late January to suspend flights from China as the novel coronavirus began to spread, arguing that that decision “might well have saved hundreds of thousands of American lives.”

He continued: “When I warned in late January in a memo of a possibly deadly pandemic, the director of the National Institute of Allergy and Infectious Diseases was telling our news media not to worry.”

Further, he wrote that in February, “Fauci was telling the public the China virus was low risk.” Navarro went on to complain Fauci was “flip-flopping on the use of masks.”

He dinged Fauci for downplaying falling mortality rates, amid the debate over whether businesses should be allowed to reopen or stay shuttered. Navarro added: “So when you ask me whether I listen to Dr. Fauci’s advice my answer is: only with skepticism and caution.”

Navarro’s comments come as tensions have been bubbling between the White House and Fauci. Officials have reportedly been concerned about the number of times Fauci has “been wrong on things,” according to a report last week.

Dr Fraudxi…an arrogant, self-serving, greedy technocrat on the globalist cult’s payroll. The only “doctoring” he does is of numbers…anything to make the crisis look worse serves his masters. He is a disgusting liar. Retired MD.

You need to read the comments on USA Today. There’s no way you can miss how politically charged COVID-19 has become with the political Left fully behind the flip-flopping Dr. Fauci. The three down-grades, the fact that masks were never intended to stop a virus, etc. (the WHO and CDC also state this information), yet the Left pushes their message of fear through doom & gloom.

Has Mr. Navarro talked to Trump about Fauci? It is very vexing that people call out Fauci but no one can get that message to Trump. People like Navarro need to meet with Trump and insist he fire Fauci had hire an ethical doctor who can educate not only Trump but the nation on the ins and outs of this virus so Trump can confidently say “We are open for business full steam ahead.” and people can feel safe about resuming their lives. Where the heck is Ron Paul? He’s a medical doctor for Chrissakes and has access to Trump… Read more »

Ron Paul is on the Liberty Report at youtube, but I seriously wonder if Trump doesn’t know about what and who Fauci is and just refuses to say he made a mistake by following his advice all along. Or maybe, there is another reason that Trump goes along with it all. He is supporting the Gates vaccine program after all. I wonder why? He must know that most Americans do not want to go along with it. Many people are waking up to the fact that this virus scare is a hoax. The next one may not be, since we… Read more »