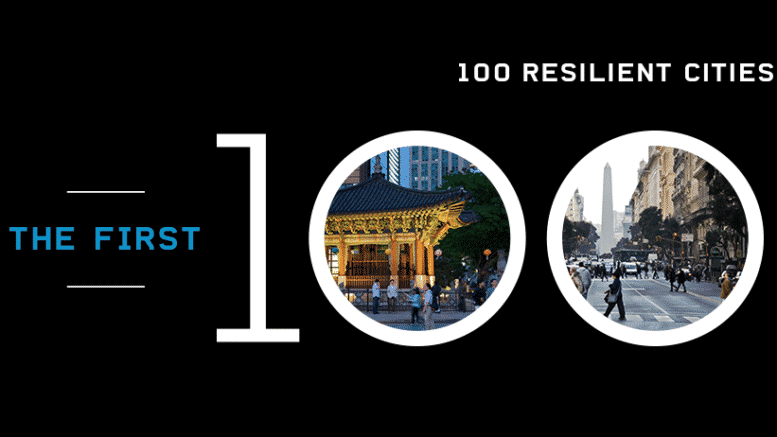 But, it’s not what you think. They say the major objectives of 100RC have been met and that the resources are going to be repurposed to other projects. The Rockefeller Foundation will shift some funding to the Atlantic Council, another hotbed of Trilateral Commission members. ⁃ TN Editor

The Rockefeller Foundation will end funding and dismiss the staff at its 100 Resilient Cities program, the largest privately funded climate-adaptation initiative in the U.S., the foundation announced Monday.

Rockefeller will shift some of its resilience funding to the Atlantic Council, a Washington-based think tank, with a $30 million grant to the council’s Adrienne Arsht Center for Resilience, the foundation said in a press release. Rockefeller also announced a $12 million grant “to allow continued support and transition time to the 100 Resilient Cities network through much of 2019.”

“With a new grant in place to the Atlantic Council and new structures within the Rockefeller Foundation to carry forward its resilience work, the grant that funds 100RC will conclude in 2019,” the foundation said in its release.

The 100 Resilient Cities program was started by Rockefeller in 2013 to help U.S. cities — including Boston, Miami, New York and Los Angeles — as well as cities overseas prepare for threats related to climate change. Bloomberg News reported last week that the foundation was planning to disband the program.

A spokesman for Rockefeller, Matt Herrick, said the 100 Resilience Cities program isn’t shutting down. Instead, he said, it is “transitioning” to other offices, including the foundation’s Jobs and Economic Opportunities initiative.

“The work will continue in one form or another through 2019,” he said.

Andrew Brenner, a spokesman for 100 Resilient Cities, said by email that Monday was “a tough day.”

“This morning our staff of 86 was informed that their last day would be July 31, 2019 — myself included — with severance following,” Brenner said by email. He said he believed that the change would result in the closure of the organization’s offices in New York City, Mexico City, London and Singapore.
Read more: Rockefeller’s Climate Resilience Program Said to Be in Jeopardy