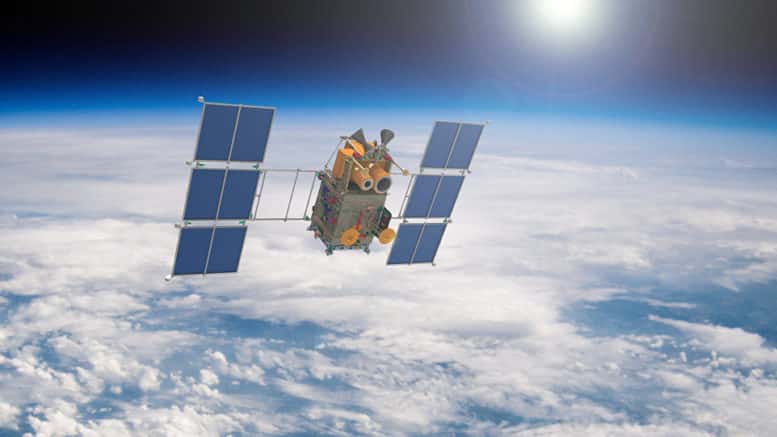 Please Share This Story!
PDF 📄
Technocrats are rapidly filling up outer space with spy satellites and weaponry. Russia collaborated with UK scientists to develop much of this technology. Basically, everybody is spying on everybody else and the space race is on. ⁃ TN Editor

Russia launched over two dozen satellites into space last year, and had some 146 civilian and military satellites orbiting the planet as of mid-2018, according to UN figures.

“Today, we have presented a new project, which I consider extremely promising…On December 27, with the successful launch from the Vostochny Cosmodrome, we strengthened the constellation of Earth remote sensing satellites. We are now proposing a project called ‘Sovereign’s Eye’, which would allow us to see the dynamics of any changes on Earth,” Rogozin said, speaking to reporters on Friday.

According to Rogozin, the project could make an important contribution to Russia’s Digital Economy initiative, a national development strategy aimed at improving the functioning of regulatory organs and educational institutions, as well as cybersecurity, research, and IT infrastructure.

The Sovereign’s Eye network would be aimed at improving the monitoring capabilities of civilian agencies, including Russia’s Ministry of Emergency Situations, and could assist in areas of the economy including agriculture and energy production.

For example, Rogozin noted that the Ministry of Emergency Situations could use the system to quickly deploy firefighting aircraft to within 25 square meters of a fire. For agriculture, meanwhile, the satellite network would monitor existing arable lands.

Furthermore, Sovereign’s Eye would enable the monitoring of major infrastructure projects, according to Rogozin. “This would assist authorities tremendously. All buildings and changes to infrastructure will be visible from space,” he said.

“We will offer Gazprom, Rosneft, Lukoil, Russneft and others the ability to remotely control the facilities which they build, whether inside Russia or abroad,” the official said.

The Sovereign’s Eye system would allow for digital monitoring from a variety of angles, to determine, “for example, the depth of a pit, the depth of a mine or some other changes in a piece of infrastructure,” Rogozin said.