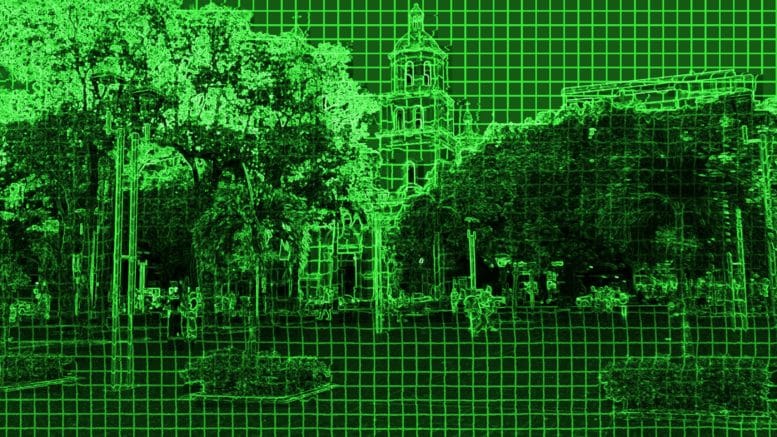 Please Share This Story!
PDF 📄
The Technocrat mind that is given over to such vain speculations should never be trusted to deliver scientific solutions that potentially affect all of society. It’s time for rational people to “just say no” to their schemes and dreams. ⁃ TN Editor

What if everything around us — the people, the stars overhead, the ground beneath our feet, even our bodies and minds — were an elaborate illusion? What if our world were simply a hyper-realistic simulation, with all of us merely characters in some kind of sophisticated video game?

This, of course, is a familiar concept from science fiction books and films, including the 1999 blockbuster movie “The Matrix.” But some physicists and philosophers say it’s possible that we really do live in a simulation — even if that means casting aside what we know (or think we know) about the universe and our place in it.

“If we are living in a simulation, then the cosmos that we are observing is just a tiny piece of the totality of physical existence,” Oxford philosopher Nick Bostrom said in a 2003 paper that jump-started the conversation about what has come to be known as the simulation hypothesis. “While the world we see is in some sense ‘real,’ it is not located at the fundamental level of reality.”

Rizwan Virk, founder of the Massachusetts Institute of Technology’s PlayLabs program and author of “The Simulation Hypothesis,” is among those who take the simulation hypothesis seriously. He recalls playing a virtual reality game so realistic that he forgot that he was in an empty room with a headset on. That led him to wonder: Are we sure we aren’t embedded within a world created by beings more technologically savvy than ourselves?

That question makes sense to Rich Terrile, a computer scientist at NASA’s Jet Propulsion Laboratory in Pasadena, California. Detailed as they are, today’s best simulations don’t involve artificial minds, but Terrile thinks the ability to model sentient beings could soon be within our grasp. “We are within a generation of being those gods who create those universes,” he says.

Not everyone is convinced. During a 2016 debate at the American Museum of Natural History in New York City, Harvard University physicist Lisa Randall said the odds that the simulation hypothesis is correct are “effectively zero.” For starters, there’s no evidence that our world isn’t the array of stars and galaxies that it appears to be. And she wonders why advanced beings would bother to simulate Homo sapiens. “Why simulate us? I mean, there are so many things to be simulating,” she said. “I don’t know why this higher species would want to bother with us.”

Yet, there’s a familiar ring to the idea that there’s a simulator, or creator, who does care about us. Similarly, the idea of a superior being forging a simulated universe parallels the notion of a deity creating the world — for example, as described in the Book of Genesis.

Some thinkers, including Terrile, welcome the analogy to religion. If the simulation hypothesis is correct, he says, then “there’s a creator, an architect — someone who designed the world.” It’s an ancient idea recast in terms of “mathematics and science rather than just faith.”

But for other scholars, including University of Maryland physicist Sylvester James Gates, the similarity between the simulation hypothesis and religious belief should be taken as a warning that we’re off track. Science, as he said in a recent radio interview, has taken us “away from this idea that we are puppets” controlled by an unseen entity. The simulation hypothesis, he said, “starts to look like a religion,” with a programmer substituting for god.

Who, or what, is the godlike entity that may have created a simulated universe? One possibility, supporters of the simulation hypothesis say, is that it’s a race of advanced beings — space aliens. Even more mind-bending is the possibility is that it’s our own descendants — “our future selves,” as Terrile puts it. That is, humans living hundreds or thousands of years in the future might develop the ability to simulate not only a world like ours but the bodies and minds of the beings within it.

This is what can happen when you take stp and play with virtual reality. These people are hallucinating. It would have been harder to imagine this in the days of low-resolution monochrome displays, or even 3-d movies. A couple years ago I went to a demonstration by Bill Sebastian, a developer of the Oculus VR headset, who many years ago made a neat color organ device seen at Sun Ra concerts in Boston, the Outer Space Visual Communicator. https://digboston.com/the-triumphant-and-trippy-return-of-bill-sebastians-outerspace-visual-communicator/ His recent shows were mind-altering, and kind of scary. Nice music, and the artificial universe inside the headset was frighteningly realistic.… Read more »

God said He created the heavens and the earth for man to dwell in. He did not say that he created other planets for people to dwell in. We have an adversary and he will tell you what you want to hear. God did not leave us in a vacuum. Read the Bible and it will become clear, but it takes faith and time, and asking him to reveal to you. The veil is taken away once you have accepted the free gift of eternal life through Jesus Christ. Christ died for your sins according to the scriptures and rose… Read more »

Aware of this theory, the current theorists who believe it and its originator from centuries past. The God or no God debate within scientific circles is pretty silly and constrictive. The wise know there is an energy Source from which worlds, ours among them, were born. Whether there is a bottleneck of potential alien scientists manipulating human DNA or something even more interesting going on it’s like that saying — “fleas arguing over who owns the dog they ride.” Humans of today and for many 100s of 1000s of years into our future, should we survive, will not be privy… Read more »

Make no mistake God and his son Jesus Christ WILL reign in the end and all this other bull will have found its place in the burning lake of brimstone and rightfully so the lies and deceit that goes along with it will be their undoing!