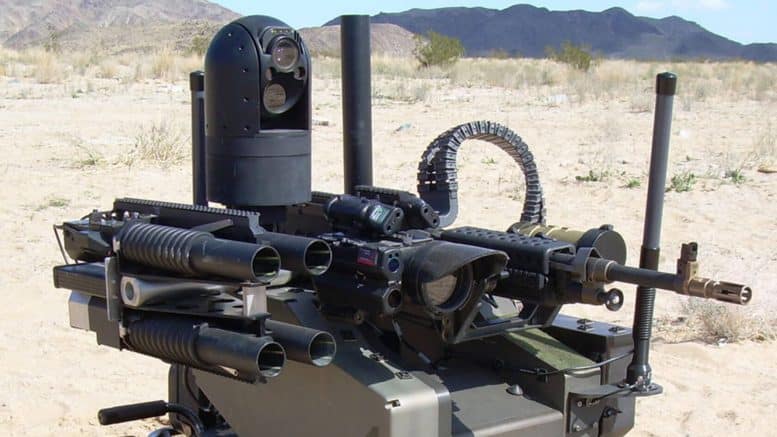 South Korea is a Technocracy from the top down, and thus there is no inhibition from using university resources to develop technology that can be used for warfare; in this case, it is autonomous killer robots equipped with Artificial Intelligence. ⁃ TN Editor

KAIST university allegedly launched a new AI weapons lab in February, leading dozens of researchers to believe the products will “have the potential to be weapons of terror”.

oby Walsh, a professor at the University of New South Wales in Sydney, organised the boycott with 49 other researchers.

He said in an open letter: “If developed, autonomous weapons will … permit war to be fought faster and at a scale great than ever before.

“They will have the potential to be weapons of terror.”

KAIST said it had “no intention to engage in development of lethal autonomous weapons systems and killer robots”.

But yesterday, the researchers announced a boycott of the university, saying they would refrain from visiting KAIST, hosting visitors from the university or cooperating with its research programmes until it pledged to stop developing the weapons.

The scientists added: “They have the potential to be weapons of terror.

“Despots and terrorists could use them against innocent populations, removing any ethical restraints.

“This Pandora’s box will be hard to close if it is opened.”

Professor Walsh acknowledged there were many good uses of robotics and Artificial Intelligence in the military.

The scientists cited effective bans on previous arms technologies and urged KAIST to ban any work on lethal autonomous weapons and refrain from AI uses that would harm human lives.

But he said they should not be able to decide “who lives or dies”.

The letter, also signed by top experts on deep learning and robotics, was released ahead of next Monday’s meeting in Geneva by 123 UN member countries on the challenges posed by lethal autonomous weapons, described as “killer robots”.