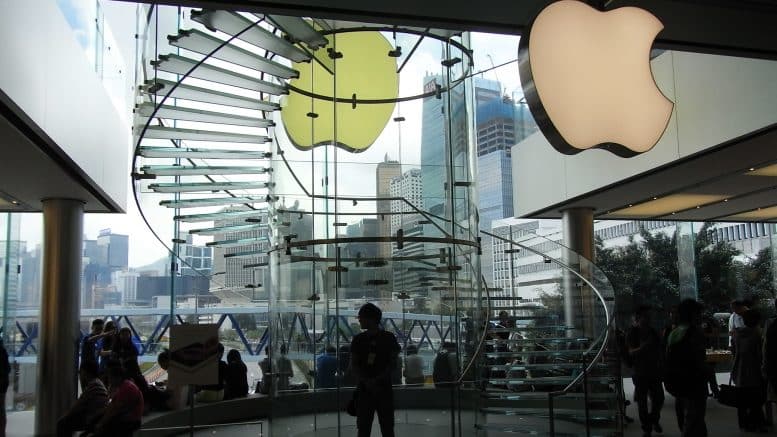 Selective censorship by media giants is increasing at an alarming speed: if they don’t like your politics or morality, they simply push the ‘eject’ button and you disappear. Technocrats have no ethical boundaries in censorship because they believe so strongly that they are right and everyone else is wrong. ⁃ TN Editor

After the social media giant Twitter came under fire for censoring a pro-life ad, another huge media icon is facing criticism.

This time, a pro-life group tells LifeNews that Apple approved and subsequently removed its app from the App Store after criticism from abortion activists and liberal media outlets. As Human Coalition informs LifeNews, it released a mobile app allowing pro-life individuals and church groups to pray for Human Coalition’s abortion-seeking clients, who remain anonymous, in real time. The app, “Human Coalition,” was available for android devices in the Google Play Store, and in the Apple App Store for iOS.

After that, this past summer, the pro-life group came under intense public criticism as pro-abortion journalists took notice of the app and began attacking Human Coalition for urging pro-life people to pray for women contemplating abortion. Some articles falsely accused Human Coalition of making public women’s private information.

With the help of an app developed by the anti-abortion Human Coalition, it was easy! I saved real-live babies from the clutches of money-grubbing abortion providers with just a couple dozen swipes of my right thumb, as if I were paging through Tinder or wiping a little schmutz off the screen of my phone.

You too can be a baby-saving hero. Your superpower awaits at your favored app store, searchable under “Human Coalition.”

And Amelia Tait at the U.K.’s The New Statesman wrote:

Are digital anti-abortion prayers sanctioned by the church? Do they reach God? Though these questions may seem faintly ridiculous, their answers seem more important than ever. When it comes to the tech behind these anti-abortion apps however, that is where people – religious or not – might do well to lose a little faith.

It added: “Apple was unable or unwilling to identify a specific improvement that, if completed, would merit the Human Coalition app’s reinstatement in the App Store. Instead, the effect of Apple’s requirements for modifying the app before it could be re-submitted for consideration would be that Human Coalition would have to completely overhaul of the app — a cost-prohibitive and unnecessary demand.”

“Just weeks after Apple removed our pro-life app from the App Store, abortion activists announced a targeted campaign aimed at stopping our pro-life work in the city of Atlanta. The Netroots Nations conference, with sponsorship from the abortion industry and major corporate backers including Google and Facebook, included in its agenda a protest of Human Coalition’s Atlanta clinic, the group continued.

The pro-life organization says this is another in the latest trend of media outlets and abortion advocates pushing to silence pro-life views.

“Censorship of pro-life voices is a growing trend in the United States. Pro-abortion media, for their part, have demonstrated time and again their willingness to reinforce bogus and false narratives about pro-life Americans, going so far as to try to bully pro-life voices into silence. Human Coalition will continue rescuing children from abortion and serving women and families until abortion is unthinkable and unavailable in our nation,” it concluded.

How do you complain to Apple about this?