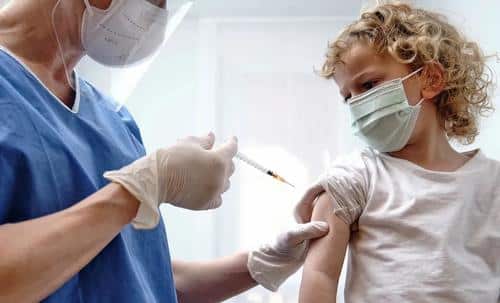 Posted By: Will Jones via The Daily Sceptic November 23, 2022

Please Share This Story!
PDF 📄
The war on humanity spreads to children. This is the same shot that the CDC is recommending for the childhood vaccination schedule in the U.S. This study only looks at the short-term effect of the mRNA therapy; the long-term effects are not yet known, but there is no way that they can be good. This carnage must be brought to a screeching halt but legislators and industry seem to have no interest in doing so. ⁃ TN Editor

One in every 500 children under five years who received the Pfizer mRNA Covid vaccine were hospitalised with a vaccine injury, and one in 200 had symptoms ongoing for weeks or months afterwards, a study has found.

The study published in JAMA included 7,806 children aged five or younger who were followed up of for an average of 91.4 days following their first Pfizer vaccination. It was a retrospective cohort study done as an authenticated online survey (response rate 41.1%) in spring 2022 which included parents or caregivers who registered children for SARS-CoV-2 vaccination in outpatient care facilities in Germany. It compared the adverse events to those of the same children with other vaccinations in order to control for over-reporting.

It concluded that the symptoms reported after Pfizer vaccination were “comparable overall” to those for other vaccines. Let’s see.

It calls these “modestly elevated”. (Note that not all are statistically significant and some confidence intervals are wide, see below.) 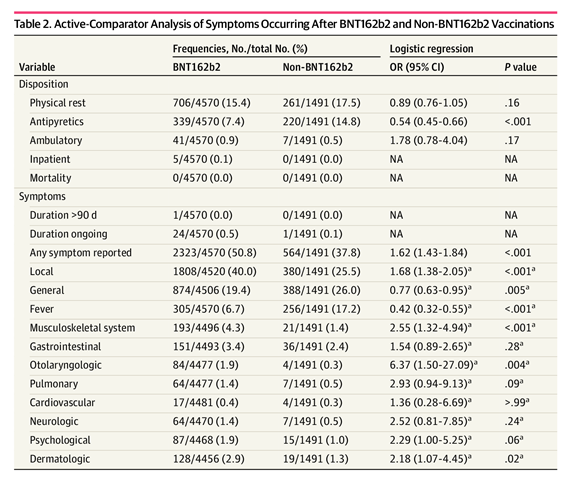 In 0.5% of the children (40 of 7,806) symptoms were “currently ongoing and thus of unknown significance”. This is in a study with a 2-4 month follow-up period. That means 0.5% of children had an adverse effect that lasted for weeks or months. In two cases (0.03%), symptoms were confirmed to have lasted longer than 90 days.

Ten children were hospitalised with reported serious adverse events (SAEs), compared to zero with the other vaccines. This reported as 0.1%, as it is out of 7,806. However, the study also states that no hospitalisations were reported for children administered the low dosage of 3 μg. Since it also tells us that 6,033 children received at least one dose of over 3 μg (or unknown dosage), the rate in the relevant cohort is closer to 0.2%, or around one in 500.

Four of the hospitalisations were for cardiovascular injury; one child was hospitalised after both doses for this reason. Four were pulmonary (lung) related. Symptoms of the hospitalised children lasted an average of 12.2 days and a maximum of 60 days. None reported a myocarditis diagnosis. Mercifully, no deaths were reported in this relatively small sample.

Study: One In Every 500 Small Children Who Receive Pfizer Shot Are Hospitalized By It - Wild Sage News

Actually, 100% of the children are negatively affected permanently, most being hospitalized and most of them enduring myocardium issues. It’s a ‘clot shot’ and a killer. They are quoting a JAMA study based on supporting, and prolonging, the current psychopathic medical narrative.