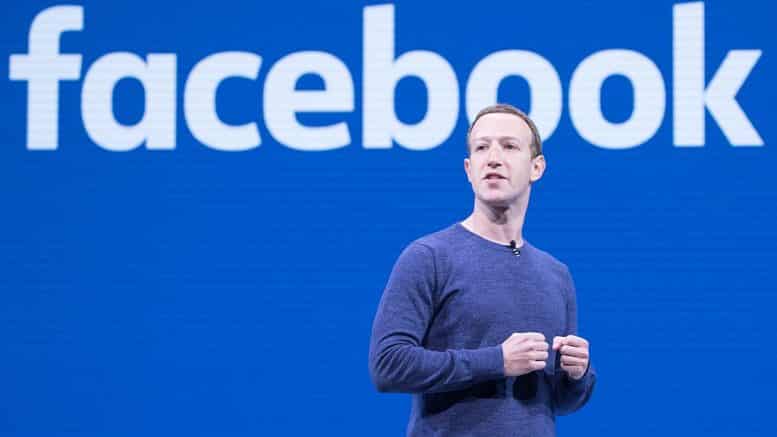 Please Share This Story!
PDF 📄
Bloomberg reports that leaked  docs “portray company executives plotting how to convince the public they were serious about improving privacy protections even while their real goal was to snuff out competition.” ⁃ TN Editor

Facebook Inc.’s struggle to regain trust over how it handles user data got more complicated with the release of a trove of internal documents suggesting business considerations outweighed the privacy concerns the company publicly touted when it decided five years ago to cut off tens of thousands of developers from its platform.

The company’s “Switcharoo Plan,” a nickname bestowed by a Facebook employee in an email, was revealed in thousands of pages of sealed court records described Wednesday in a report by Reuters and posted online by NBC News.

The leaked records include internal Facebook emails and memos that were filed under seal in state court in California as part of a lawsuit brought by an aggrieved Silicon Valley app developer. Six4Three LLC’s app allowed users to find photos of their Facebook friends in bathing suits.

“These old documents have been taken out of context by someone with an agenda against Facebook, and have been distributed publicly with a total disregard for US law,” a Facebook representative said Wednesday.

Six4Three sued Facebook in 2015 after the social media giant cut off its access — along with that of thousands of other app developers — to Facebook user data, thereby destroying the functionality of its app.

The disclosure of the confidential documents comes as Facebook faces increased scrutiny over alleged anti-competitive behavior.

The companies had produced “tens of thousands” of documents as of mid-October, according to Democratic Representative David Cicilline of Rhode Island, who is leading the probe.

Meanwhile, California went to court Wednesday to force Facebook to cooperate with an investigation into whether the company has violated its users’ privacy and state law. The company said it has ”cooperated extensively” with the state probe.

Facebook had a history of preventing rivals — even ones who weren’t real rivals yet — from using its advertising products. In 2013, Facebook restricted ads for competitive Google products, as well as WeChat, Line and Kakao, the messaging apps popular in Asia. “Those companies are trying to build social networks and replace us,” Chief Executive Officer Mark Zuckerberg said in a 2013 email. “The revenue is immaterial to us compared to any risk.”

“These old documents have been taken out of context by someone with an agenda against Facebook, and have been distributed publicly with a total disregard for US law,” a Facebook rep…” SOooooo FB, that’s all you got, huh? You whiny, creepy corporate thugs. You, no one else, sealed the documents for the purpose of hiding the facts from the public. You lied. You cheated. YOU. You used criminal behaviors against the public and now its all, “Oh! It’s someone else’s fault; they’re just haters!” You’re whining because you were caught. As well CA has certainly become the official corporate protection… Read more »

I Really believe Zuckerberg. I mean I really, really do. I mean, really, I do.