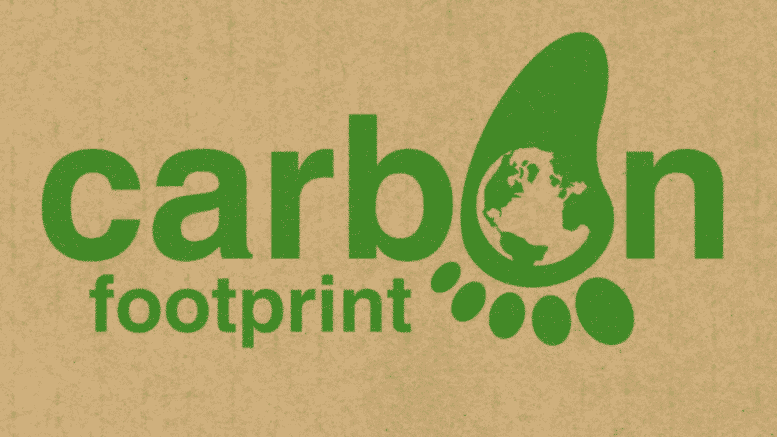 Please Share This Story!
PDF 📄
As forecast, the pandemic and global warming memes are merging because they are both orchestrated by the exact same alarmist crowd of Sustainable Development ideologues. The UN’s Sustainable Development goals are the plumb line for the future of humanity and are totally embedded in the WEF’s Great Reset.

The introduction of personal carbon allowances (PCAs), a mitigation policy proposal developed in the 1990s5, is ripe for revisitation. This policy aims to link personal action with global carbon reduction goals. A PCA scheme would entail all adults receiving an equal, tradable carbon allowance that reduces over time in line with national targets. In its original design, the allowance could cover around 40% of energy-related carbon emissions in high-income countries, encompassing individuals’ carbon emissions relating to travel, space heating, water heating and electricity6. Allowances were envisioned to be deducted from the personal budget with every payment for transport fuel, home-heating fuels and electricity bills. People in shortage would be able to purchase additional units in the personal carbon market from those with excess to sell. New, more ambitious PCA proposals include economy-wide emissions, encompassing food, services and consumption-related carbon emissions7, for example.

This results in the micromanagement of all persons subject to the system. Total control over all production and consumption has always been Technocracy’s endgame. ⁃ TN Editor

Technocrats are preparing “mandatory” personal carbon allowances that would introduce rationing into every area of your life via an app that would record your travel, heating expenses and even the food you eat.

The proposal was presented in the science journal Nature by four environmental “experts” as a means of reducing global carbon emissions.

Everyone would be issued with a ‘carbon allowance card’ “that would entail all adults receiving an equal tradable carbon allowance that reduces over time in line with national [carbon] targets.”

The authors make it clear that the program would be a “national mandatory policy.”

Carbon units would be “deducted from the personal budget with every payment of transport fuel, home-heating fuels and electricity bills,” and anyone going over the limit would be forced to purchase additional units in the personal carbon market from those with excess to sell.”

This means that the private jet-flying rich could simply bypass the system entirely (which they would part-own via investments anyway) by simply buying carbon credits and carrying on living their luxurious lifestyle.

The proposal makes clear that the means of measuring a person’s uptake of carbon units for travel would function “on the basis of the tracking the user’s movement history.”

The authors note how the normalization of contact tracing via COVID-19 apps will ensure a similar system could be used for keeping track of carbon credits with minimum fuss.

“In these countries, the apps assessed the user’s travel history and health status, playing a key role in tracking infection.”

Indeed, the authors specifically note how mass unquestioning compliance with COVID lockdown regulations has greased the skids for further intrusive tyranny and that, “people may be more prepared to accept the tracking and limitations related to PCAs to achieve a safer climate” as a result.

The increasing sophistication of artificial intelligence technologies would also “make it possible to easily track and manage” people’s “food-and-consumption-related emissions.”

In other words, eating what Big Brother deems to be an excess of red meat or anything else deemed “harmful” to the planet will result in a carbon credit reduction.

Just stick to eating UN-recommended bugs and worms though and you’ll be sure to keep within your ration limit.

“We still have the power to thwart rule by experts through democratic means,” writes Wesley Smith. “But if we lack the courage, if we acquiesce—again—to significant liberty constraints in the name of protecting health, the soft totalitarianism we will have facilitated will not be their fault. It will be ours.”

As we previously highlighted, the idea of “climate lockdowns” is also being normalized in light of the mass compliance to pandemic lockdowns.

And they still claim that the ‘Great Reset’ is an “unfounded conspiracy theory.”

Now we know the primary reason that we got the Covid narrative and that is World Government. The club of Rome has already divided the world into 10 regions. All we are waiting for is the 10 rulers chosen to rule those ten regions. Read Revelation 13. By the way the end is near people! Gosh where are they putting ALL THE MONEY?

Not a surprise at all. We’ve seen the progression of the UN’s new revenue stream to gain huge profits from humanity unfolding since they began exchanging carbon credits among countries. Intelligent people saw it for what it was–a money making scam. The personal carbon credit was their ultimate target and visible over the last decade, at least. We knew they’d push it out into the public at a critical junction. They are murderers who released covid simply to build an economic model that better suited them. Their new system hides their constant criminal activity worldwide and allows them to proceed… Read more »

Maybe I am not reading nor understanding this article completely. Don’t we breath out carbon that is then breathed in by plants and plants breath out oxygen which we then breath in? If they are talking about farts, it is natural to fart.
In any regard, this proposal sounds very much like what happened with electricity – the person who actually figured out how to get the electricity into our homes never wanted to charge for; he thought it should be free.