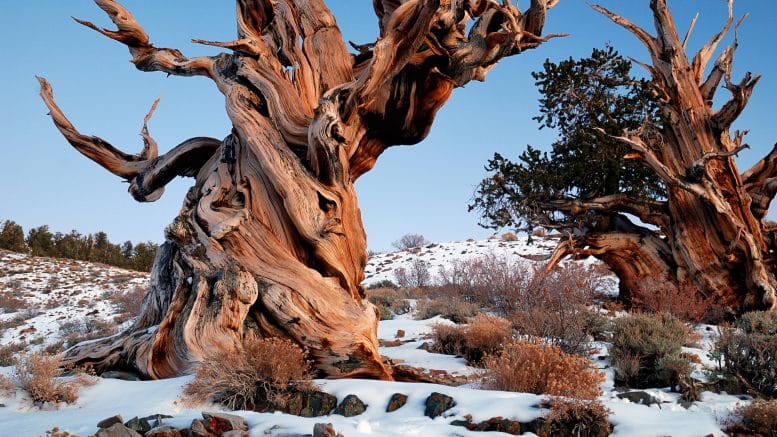 The Technocrat’s slight of hand has twisted reality and logic in ways that could not have been anticipated, but it has molded the post-modern world into what we see today. It is time to start thinking clearly again! ⁃ TN Editor

You Need to Understand Twisted but Clever Logic Used to Drive Political Exploitation of Climate and Environment.

In 2003, the late Michael Crichton gave one of the most germane speeches about the challenges we face today. His opening explains the issue.

We must daily decide whether the threats we face are real, whether the solutions we are offered will do any good, whether the problems we’re told exist are in fact real problems, or non-problems. Every one of us has a sense of the world, and we all know that this sense is in part given to us by what other people and society tell us; in part generated by our emotional state, which we project outward; and in part by our genuine perceptions of reality. In short, our struggle to determine what is true is the struggle to decide which of our perceptions are genuine, and which are false because they are handed down, or sold to us, or generated by our own hopes and fears.

Crichton’s observations were a result of a diverse modern career. He trained as a medical doctor at Harvard with post-doctoral work at Oxford, England. He became famous as a writer of science fiction including Jurassic Park. His most perceptive book about sorting truth from fiction was about the environment and global warming titled the State of Fear. He understood how environmentalists exploited human-caused global warming (AGW) and lay out the method with accurate climate science.     Notice that his phrase “the disinformation age” anticipated the term for ‘fake news.’

Ironically and sadly, two parallel changes occurred to aggravate what Crichton identifies, both making people more vulnerable to exploitation. 1. Most governments decided to reduce and downplay the importance of reading, writing, and critical thinking skills. The word ‘discriminate’ changed from the ability to make positive, logical judgments, to only making negative ones, so the skill was virtually eliminated.  2. The Internet that caused the remarkable increase in the amount of information and disinformation, created another effect.  People who are readers, not writers are unaware of the range of ways of communicating ideas. Electronic communication and the need for brevity dramatically reduces the clarity express an idea or a message; witness the pressures and change of Twitter. This is a classic example of what Marshall McLuhan meant when he said, the medium is the message. I became fully aware of what he meant when a TV producer asked for ideas to illustrate a program on climate environment. She rejected almost half from the list of 20 as, “not lending themselves to television.” This means that your view and understanding is the result of the distorted and limited information. For example, how would you illustrate pollution on television? You are usually reduced to the standard video image of ‘pollution’ belching from smokestacks (Figure 1). In fact, today, in almost all cases across the developed world, what they omit is water in the form of steam. 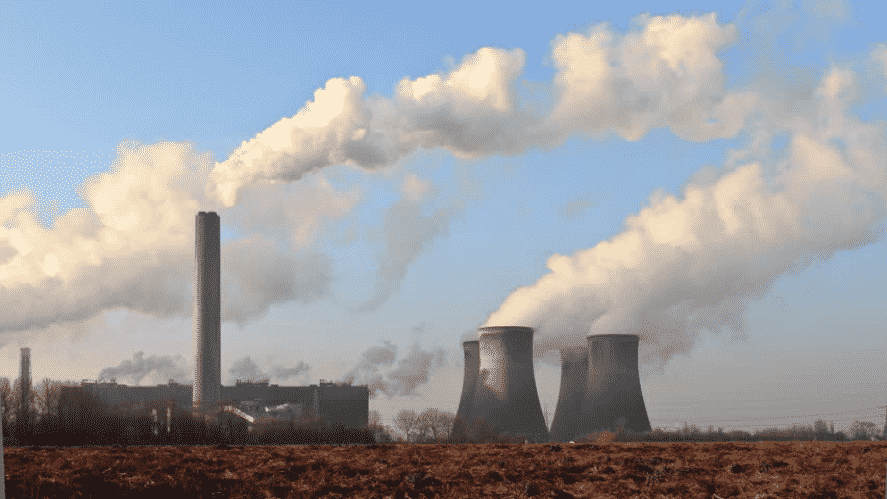 The result of all these changes is the proliferation of Public Relations (PR) people and companies. In my opinion, they are professional liars, hired to mislead and misdirect.  Their goal is premeditated to make people think and act in ways they wouldn’t normally do. The term ‘spin doctors’ is very appropriate, although somewhat forgiving. Their goal is to deceive, all that varies is the depth and skill of the deception.

Most people required to communicate with the public use professional spin doctors to write their speeches. The degree of dependence that is sticking to the script is a measure of ability, credibility, and flexibility. Barack Obama was absolutely tied to the prompter. Trump began to use one after he was elected, but what gives him credibility with the public are the frequent asides and personal commentary that make it ‘his’ speech.

The spin doctors create plausibility that masks what they want to achieve. Let me give you examples of the exploitation of energy and environment. Most of the environmental scares, promulgated since the new paradigm of environmentalism appeared in the 1960s, were false. That is, there was no scientific proof, it was merely speculation creating what scientists call a hypothesis. When proponents of the false story realized they were losing ground, they resorted to what became the standard argument known as the Precautionary Principle. I confronted it on many occasions but few more important than when appearing before the Canadian Parliamentary Committee investigating the false claim of a “hole in the ozone.” One of the politicians eventually played this card when she said, “But shouldn’t we act anyway?”

I abandoned my prepared remarks and explained to the politicians how science proceeds. A scientist creates an hypothesis (an academic term for speculation) based on assumptions to try and explain a phenomenon. Other scientists, acting in their proper role as skeptics, try to disprove the hypothesis by attacking the assumptions. Environmental and climate hypotheses were not challenged.  As MIT professor of atmospheric physics, Richard Lindzen, said about the ‘global warming due to human CO2’ (AGW) hypothesis, that the consensus was reached before the research even began.

The most significant, deliberate exploitation of environment and climate for a political objective was Agenda 21. Maurice Strong introduced the entire plan at the Rio conference in 1992. He knew that the ideas and science would be challenged. He also knew it would fail the challenge, so he built into the scheme a series of Principles to allow it to continue regardless of any evidence to the contrary. Here is the one that sweeps any challenge aside because of the wording. This is precisely why you need to understand how to parse and dissect what they are really saying. On the surface, it appears innocuous but let me explain.

Principle 15.  In order to protect the environment, the precautionary approach shall be widely applied by States according to their capabilities. Where there are threats of serious or irreversible damage, lack of full scientific certainty shall not be used as a reason for postponing cost-effective measures to prevent environmental degradation.

The first sentence is a setup. It explains that they are acting to save the planet, so their intentions are purely honorable. They add to their good intentions by saying only those who can afford it will pay. It sounds magnanimous when it is really a socialist ‘make the rich and successful’ pay. In the second sentence they say they will only act when necessary, but who makes that decision. They do! Who defines what is “lack of full scientific certainty”? They do! Who determines what are “cost effective measures”? They do! Then, they wrap it all up as they opened. We are doing this to save the planet from environmental degradation. But who decides what is environmental degradation? They do!

Principle 15 allows them to do whatever they want whenever they want all without any need for evidence and no accountability. It is all cleverly presented to make it sound like they are working for the people, when they are actually taking total control.

Just to illustrate that this is a standard method of justifying the unjustifiable, consider how John Holdren, who later became Obama’s Senior Science Advisor, used it. He and Paul Ehrlich, the author in 1971 of The Population Bomb, believed the world was overpopulated and using up resources at an unsustainable rate. They were completely wrong, the world is not overpopulated by any stretch and 50 years on the Ehrlich predictions prove it. In a joint 1977 publication titled Ecoscience: Population, Resources, and Environment, Ehrlich and Holdren blended all their false ideas into the justification for genuinely frightening government control and intrusion into people’s lives. Here is how they try to justify the outrageous and usually unacceptable idea of compulsory abortion.

Indeed, it has been concluded that compulsory population-control laws, even including laws requiring compulsory abortion, could be sustained under the existing Constitution if the population crisis became sufficiently severe to endanger the society.

The overall theme is to deflect any personal responsibility for making such a drastic proposal. They are saying we know this is drastic, and we wouldn’t usually make such proposals, but we are forced to do it to save society and the planet. They write, “it has been concluded” as if somebody else did it, but in truth, they concluded it. Notice they don’t say the idea is part of the Constitution, just that it could be sustained. This would require the crisis becomes severe enough to “endanger” society. But who determines that? They do! They also hide another potential option in the word, “existing.” This means they can also change the Constitution to achieve their goal if it becomes necessary. Of course, they will make that decision.

I used to think H. L. Mencken’s comment tha “Democracy is the worship of jackals by jackasses” was too cynical but the more I study civilizations, societies, and democracies the more I have to admit it is a reality. The choice of animals is revealing. It promotes the idea that the dumb majority are exploited by the agile minority. It underscores and severely complicates the challenge Crichton believes we face. The first thing to learn is how the jackals create and disseminate the disinformation. The fact that jackasses asked Crichton to identify the biggest problem is a turning point. Problems are only problems if you are unaware of them. Identification of them is halfway to dealing with them. Besides, if the jackass becomes too irritated it will kick out and crush the skull of the jackal. The good news is the jackass will decide when that happens.

Dr. Tim Ball is a renowned environmental consultant and former professor of climatology at the University of Winnipeg. He has served on many local and national committees and as Chair of Provincial boards on water management, environmental issues and sustainable development. Dr. Ball's extensive science background in climatology, especially the reconstruction of past climates and the impact of climate change on human history and the human condition, made him the perfect choice as the Chief Science Adviser with the International Climate Science Coalition.
1
0
0
0

[…] Ironically and sadly, two parallel changes occurred to aggravate what Crichton identifies, both making people more vulnerable to exploitation. 1. Most governments decided to reduce and downplay the importance of reading, writing, and critical thinking skills. The word ‘discriminate’ changed from the ability to make positive, logical judgments, to only making negative ones, so the skill was virtually eliminated.  2. The Internet that caused the remarkable increase in the amount of information and disinformation, created another effect.  People who are readers, not writers are unaware of the range of ways of communicating ideas. Electronic communication and the need for… Read more »