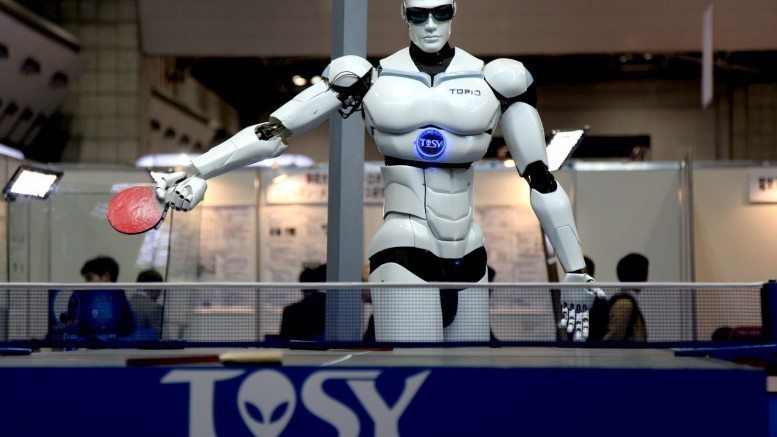 TN Note: What Britain needs: More robots, less migrant workers. This makes for an interesting twist on using migration as a means of implementing Sustainable Development. After all, it is globalist Peter Sutherland who claims that a requirement for Sustainable Development is a multicultural society – driven by migration. Still, it is easier to manage robots than people, so perhaps Technocracy will find a winner here.

Britain’s decision to leave the EU will force companies that rely on migrant labour to rethink their business models, if it leads to restrictions on low-skilled immigration.

For some, robots may be the most likely replacement, according to a report by the Resolution Foundation think-tank.

Almost one third of the workforce in food manufacturing are EU migrants. More than a fifth of domestic personnel are from the EU, and more than one in eight workers in sectors ranging from agriculture to warehousing and textiles manufacturing.

An end to free movement of labour would – other things being equal — make it more costly to fill these jobs. Given other changes such as the living wage, auto-enrolment in workplace pensions and the apprenticeship levy, there will be a strong incentive for employers to invest in automation.

This does not have to be a bad thing, the think-tank argues. The ready supply of cheap workers has allowed UK employers to get away with relatively low levels of capital investment for many years, a trend that has become even more evident since the global financial crisis.

“What the UK needs – with its high employment, terrible productivity performance and low investment – is more robots,” said Adam Corlett, analyst at the Resolution Foundation. The think-tank suggests that new technologies will be crucial to a recovery in UK productivity and pay growth.

There is some precedent for employers replacing migrants with machines: in the US, mechanisation transformed California’s tomato industry when the supply of Mexican farm labourers through the Bracero programme ended.

However, some sectors — such as food manufacturing or food service — are far more susceptible to rapid automation than others. In other areas, such as cleaning or transport, there is far less scope for innovation. Employers are more likely to look again at training and career structures, and lobby government to allow immigration where there are sectoral shortages.