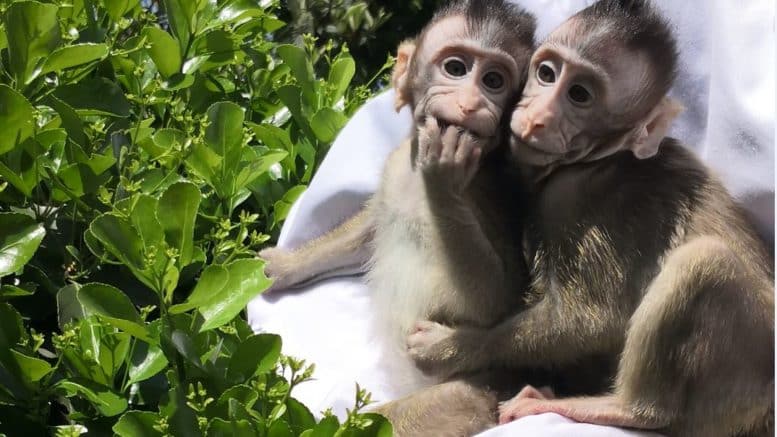 Technocrat scientists view humans as an animal species that is on the same level as monkeys – just containers of atoms and molecules –  so there is no ethical problem with inserting human genes into them. ⁃ TN Editor

Researchers from China and the United States have created transgenic monkeys carrying a human gene that is important for brain development, and the monkeys showed human-like brain development.

Scientists have identified several genes that are linked to primate brain size. MCPH1 is a gene that is expressed during fetal brain development. Mutations in MCPH1 can lead to microcephaly, a developmental disorder characterized by a small brain.

In the study published in the Beijing-based National Science Review, researchers from the Kunming Institute of Zoology, Chinese Academy of Sciences, the University of North Carolina in the United States and other research institutions reported that they successfully created 11 transgenic rhesus monkeys (eight first-generation and three second-generation) carrying human copies of MCPH1.

According to the research article, brain imaging and tissue section analysis showed an altered pattern of neuron differentiation and a delayed maturation of the neural system, which is similar to the developmental delay (neoteny) in humans.

Neoteny in humans is the retention of juvenile features into adulthood. One key difference between humans and nonhuman primates is that humans require a much longer time to shape their neuro-networks during development, greatly elongating childhood, which is the so-called “neoteny.”