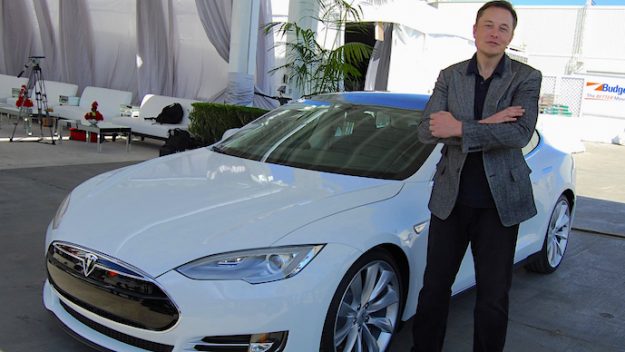 The nut doesn’t fall far from the tree when you consider that Elon Musk’s grandfather, Joshua Haldeman, was head of Technocracy, Inc. in Canada during the 1930s. Technocracy is just as radical today as it was in the 1930s and 40s. ⁃ TN Editor

Elon Musk has become infamous for his extreme work schedule.

When he was ramping up production of the Model 3 Tesla, he put in as many as 120 hours in a week. He slept at the factory because he had no time to go home. He called 2018 “the most difficult and painful year of my career.” “[I]t was excruciating,” he told The New York Times.

In late October Musk finally said he was working a much more manageable schedule of 80 to 90 hours a week.

This from a man who is already worth more than $20 billion, according to Forbes.

So why does Musk push himself? To hear Musk tell it, he is trying to save planet Earth. Literally. Musk wants Tesla to be successful so the world moves away from driving cars that run on petroleum-derived fuel.

“Tesla is incredibly important for the future of sustainable transport and energy generation. The fundamental purpose, the fundamental good that Tesla provides is accelerating the advent of sustainable transport and energy production,” Musk said told Recode’s Kara Swisher. “The success of Tesla is, by far, the biggest forcing function for the other car makers to get into … electric cars.”

Providing alternative methods for mass transportation that do not depend on petroleum-derived fuel is key to slowing global warming.

Building an electric car company that will one day mass produce electric vehicles is not easy, even for an entrepreneur like Musk.

“It’s trivial to start a car company,” Musk tells Swisher. “It is insanely difficult to make it successful. … So as a startup, a car company, it is far more difficult to be successful than if you’re an established, entrenched brand. It is absurd that Tesla is alive. Absurd! Absurd.”

Musk attributes Tesla’s survival to this point to “excruciating effort” and “hundred-hour weeks by everyone,” he told Swisher.

“There wasn’t some other way to do this, Kara,” Musk insisted.