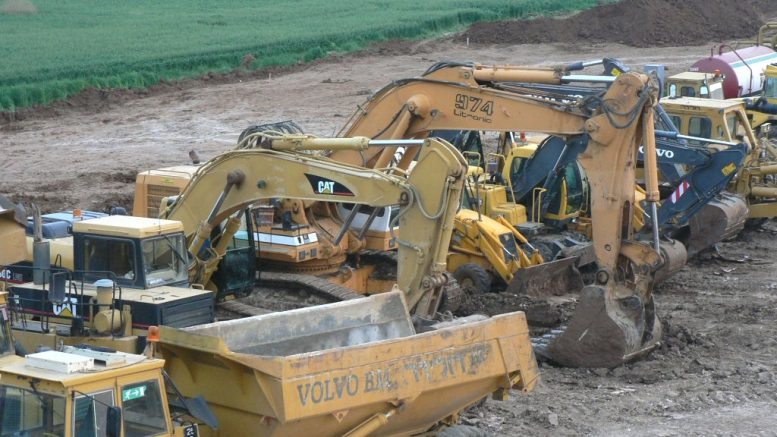 Please Share This Story!
PDF 📄
Public-Private Partnerships are a core doctrine of the UN’s Sustainable Development, which is Technocracy. Trump is talking with Technocrats like Elon Musk to provide financing. Newly appointed Cabinet members, Elaine Chou (Sec’y of Transportation) and Rick Perry (Sec’y of Energy) joined the likes of Lynn Scarlett (Managing Director of Nature Conservancy). This is indication that the influence of Technocracy and the UN is alive and well within the new Administration. ⁃ TN Editor

During his presidential campaign, Trump said he would push for a $1 trillion infrastructure program to rebuild roads, bridges, airports and other public works projects, but he has not presented a specific plan.

“Infrastructure used to be a point of American pride, but now an overbearing, ineffective regulatory system can keep projects in limbo for years,” Spicer said. “The government has wasted too much of the taxpayers’ money on inefficient and misguided projects.”

The White House sees infrastructure as a potential large job creator but officials have said the federal government cannot shoulder the entire burden. The administration is looking at toll roads, tax credits and other ways to spur private investment.

LeFrak and Roth have been tapped to lead an infrastructure council that Trump plans to create, a spokesman for LeFrak had previously said.

The lunch with the CEOs follows his meeting on Tuesday with AFL-CIO union President Rich Trumka to talk infrastructure and other issues. The White House held a meeting of 15 federal agencies last Thursday to begin work on the administration’s infrastructure plan.

Last month, Trump touted the infrastructure plan in an address to Congress.

“To launch our national rebuilding,” he said, “I will be asking Congress to approve legislation that produces a $1 trillion investment in infrastructure of the United States – financed through both public and private capital – creating millions of new jobs.”

Edward Mortimer, a transportation expert at the U.S. Chamber of Commerce, told a Senate panel on Wednesday that without action, the federal highway trust fund would face a serious shortfall starting in 2020, and policymakers would need to come up with $150 billion over six years to maintain current spending.