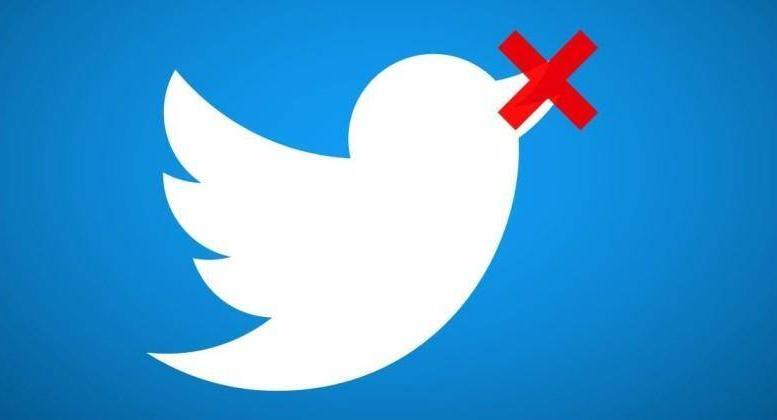 Please Share This Story!
PDF 📄
Twitter is full of Technocrats who want to control the narrative of every issue. Once censorship started over COVID-19, it has gone in only one direction: more of it. Now, Twitter will warn and/or censor you over anything that differs from the official WHO/CDC narrative. ⁃ TN Editor

It feels like it was just yesterday we pointed out that the Twitter censor machine had gone into overdrive, concerning itself with policing mean comments and curse words. Now, the censorship machine is sliding even further down the slippery slope.

In a blog post published yesterday, Twitter said it would be “introducing new labels and warning messages that will provide additional context and information on some Tweets containing disputed or misleading information related to COVID-19.”

In other words, the site’s efforts to police coronavirus discussion using the WHO as a truth rubric – which resulted in Zero Hedge’s permanent ban from the site for accurately predicting that the Wuhan Institute of Virology was likely at the middle of the ongoing global pandemic – hasn’t been enough.

The site says it is now going to append labels to Tweets “containing potentially harmful, misleading information related to COVID-19” and that the change is going to be retrofit to all previous Tweets.

The labels will link to a “Twitter-curated page or external trusted source containing additional information on the claims made within the Tweet.”

Warnings could also be applied to Tweets, the site said. The warnings “will inform people that the information in the Tweet conflicts with public health experts’ guidance before they view it.”

Twitter said it will take action based on three broad categories:

It then posted this vague chart, which does very little to clear up anything: 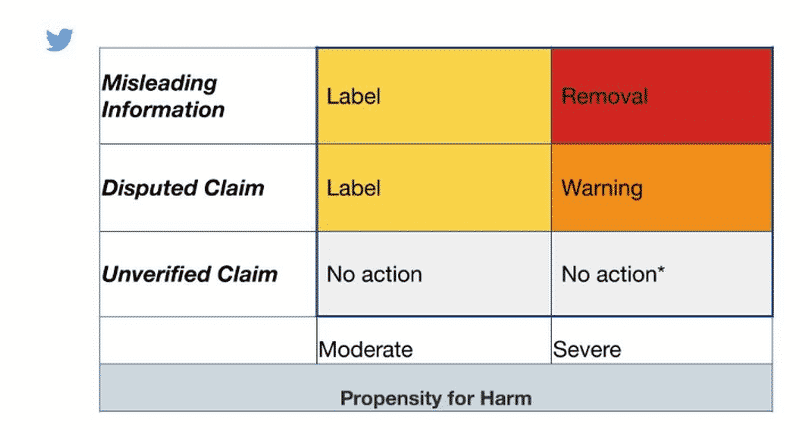