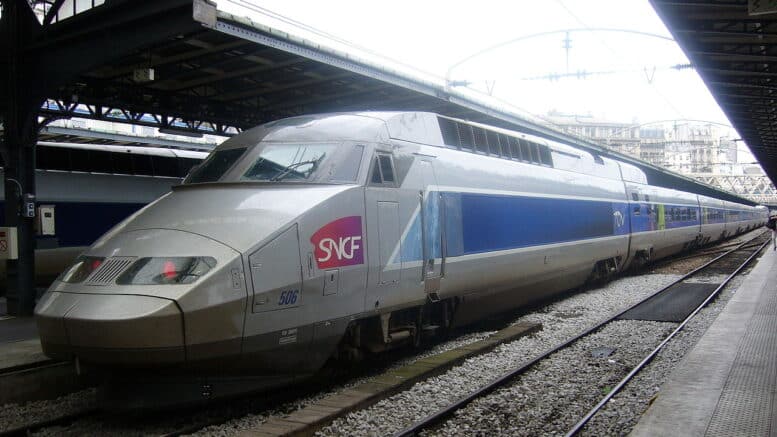 Please Share This Story!
PDF 📄
With 59 percent of French citizens refusing the vaccine, French Technocrats will make a deal that they cannot refuse: get jabbed or give up public transportation. This kind of extortion is being observed all over the world, including the U.S. ⁃ TN Editor

People who fail to get a Covid-19 vaccination could be banned from using public transport in France, according to a draft law sparking angry protests from opposition politicians on Tuesday.

Prime Minister Jean Castex on Monday got his cabinet’s backing for a bill that is designed to provide a legal framework for dealing with health crises, including the coronavirus pandemic.

According to the text, which will now be submitted to parliament, a negative Covid test or proof of a “preventative treatment, including the administration of a vaccine” could be required for people to be granted “access to transport or to some locations, as well as certain activities”.

The government’s vaccination campaign is to start on Sunday, and officials already face widespread resistance to a treatment developed in record time since the outbreak hit Europe early this year.

A recent poll by the Journal du Dimanche newspaper found that 59 percent of respondents said they would not get a Covid shot, one of the highest rates in the European Union.

President Emmanuel Macron has promised that coronavirus vaccinations, though strongly recommended, will not be mandatory, a pledge reiterated by Health Minister Olivier Veran on Tuesday.

“I say it once again, vaccination is not mandatory,” Veran said, while also appearing to leave the door open to modifications of the bill as it “matures” during parliamentary debates.

But opposition politicians condemned the draft law, with Marine Le Pen, leader of the far-right RN party, calling it an “essentially totalitarian” measure

“In a backhanded way, this bill does not aim to make vaccinations mandatory, but will prevent anybody who doesn’t comply from having a social life,” she said.

Pure tyranny based on hot air.

So even if you have taken HCQ and are fit and well….. so doesn’t this show the AGENDA here is NOT the virus, but merely control, and are you going to just accept that? Time we stormed these agents offices who make up this BS and back to tar and feathers at the very least..

Fauci said he took the jab as a “symbol” – and George Carlin said, “symbols are for the symbol minded”.

“A symbol is used to give a faint representation of the real.” “A faint copy of the real thing.” J. Vernon McGee

Fauci with all his lies has maybe taken a jab but it would only be a salin solution and not the real mRNA jab–I will never such a product a vaccine! Here in Denmark the dictators in office will probably do the same “jab picture” for the television and other media trying to make citizens beg for the jab as they will most likely as with the swineflu vaccination give notice that they have only a limited supply so it is important to get in line and see if you are one of the lucky ones! Merry Christmas (it is… Read more »

Didn’t you Danes already make your politicians back down on their proposal of vaccine mandation by banging pots for over week?

There are only 2 kingdoms in this world that Almighty God created. Revelation 20:10, ” And the devil that deceived them was cast into the lake of fire and brimstone, where the beast and the false prophet are, and shall be tormented day and night for ever and ever. May God help us all because He’s the Only One who can! Psalm 91

Thanku and may God bless and keep you always!

I watched Fauci get his jab over and over and there is no way he got it. His arm is blocked by clothing so you can’t see the needle penetrate his skin and it happens so fast that there would not be enough time to properly inject the serum contents. Same with B.C’s Dr. Bonnie Henry , there is an empty syringe holder that the needle appears to enter but it goes behind it , and again no visible skin contact.

He said he got the jab in one arm and then rubbed the other arm and said it didn’t hurt. What a liar. He should have his tongue cut out.