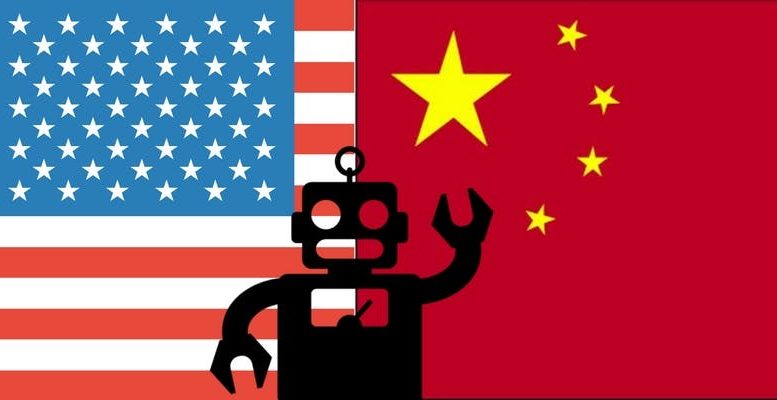 A top U.S. General states that ‘Data is a weapon’ and that China is using it against its own citizens as well as its enemies. This is the dark underbelly of Technocracy and Technocratic tyranny that is spreading like wildfire throughout the world. ⁃ TN Editor

U.S. Air Force Lt. Gen. VeraLinn “Dash” Jamieson – deputy chief of staff for intelligence, surveillance, and reconnaissance for the Air Staff at the Pentagon – warned last week that China is pulling ahead of the United States in artificial intelligence research.

Perhaps more ominously, she said China has more concrete plans than any other adversary for actually using A.I. to control its population, enhance its military power, and conduct espionage against other nations.

Among the projects China has funded are city-spanning A.I. surveillance networks capable of monitoring every citizen’s movements with cameras and facial recognition software. The Chinese are also working on using A.I. to process battlefield intelligence faster than human commanders can, which opens the door to what military technology experts call hyperwar: human soldiers and smart weapons coordinated by artificial intelligence attacking and reacting faster than any fighting force in human history, with the attendant danger of conflicts spiraling out of control as human decision-makers prove unable to keep up.

China has claimed it already has rudimentary hyperwar assets, such as bombers that can be flown by A.I.

Lt. Gen. Jamieson’s remarks focused on the importance of developing human and machine systems that can process intelligence, surveillance, and reconnaissance data (ISR) at high speeds without pushing human decision-makers out of the loop.

“Industry and airmen will be asked to increase the quality and quantity of ISR production while remaining competent across the range of military operations. We are going to do this as a team,” she promised.

“Data is a weapon,” she said. “All of us need to treat data in this light.”

At a Capitol Hill event last week, Jamieson said the Pentagon’s goal is to “make warfighting decisions at the speed of relevance.”

She was hopeful that technology designed by American consumer electronics corporations to serve markets from video games to smart cars would help the military develop its artificial intelligence capabilities.

“If you drive a Tesla, every time you start the car there’s an instantaneous upgrade to all its software. Netflix does the same thing. Instant updates at scale and speed. That’s where we have to be,” she said.

Jamieson cited compatibility issues between various computer systems employed by the military and inefficient procurement practices as obstacles to winning the A.I. race. Analysts have pointed to the slow speed of military acquisitions and a shortage of knowledgeable buyers in the military bureaucracy as major problems, suggesting the speed of acquisitions must improve by four or five times to catch up with China.

The Pentagon is currently working on a $10 billion plan to develop a highly secure data “cloud” for the military, amusingly known as the Joint Enterprise Defense Infrastructure or “JEDI” for short. The Defense Department currently runs about 500 different cloud instances plus countless non-networked storage systems.

Bidding for JEDI has thus far been the kind of slow, confusing, cumbersome, politicized acquisition process Jamieson finds inadequate for the era of hyperwar. She also expressed reservations last week about developing a single unified cloud system that could be more easily targeted by enemy hackers.

Unfortunately, there are political flaws in the theory that America’s peerless Big Tech corporations can help the U.S. military leapfrog ahead of China and Russia on artificial intelligence. To state two of them bluntly, certain tech titans have uneasy public relationships with the current president of the United States, while others are not comfortable with doing work for the military or intelligence communities.