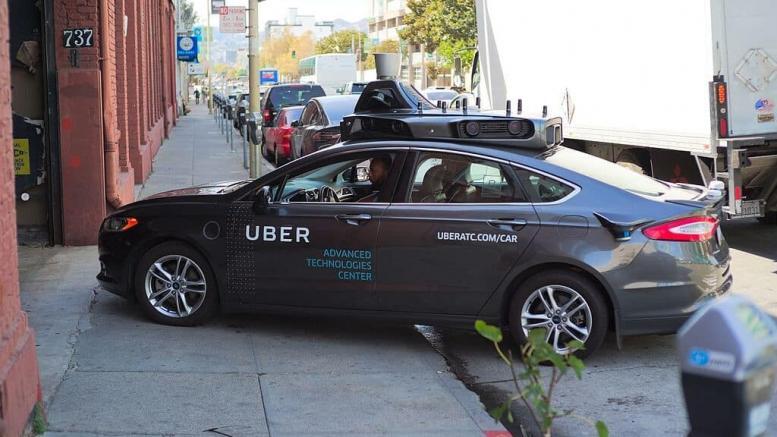 Please Share This Story!
PDF 📄
Ride sharing companies were the darling children of Sustainable Development and Smart City policies to ‘save the world’, but they have done just the opposite: increase pollution and traffic congestion. ⁃ TN Editor

It’s a simple fact that ridesharing adds to traffic congestion, but solving the issue is less black and white. Part of the challenge lies in the fact that policymakers have tied their own hands when it comes to regulation.

Uber and Lyft owe their great popularity to customer-friendly features such as short waiting times, low fares and the convenience of hailing a cab and paying by smartphone.

But with these virtues come multiple drawbacks, which state and local officials are struggling to deal with.

Recent studies have found that when Uber and Lyft enter a market, their fleets are more polluting than autos on average, contribute to more traffic congestion particularly in the central cities, undermine public transit systems and devastate the local taxi industry. The ride-hailing firms say that some studies have come to opposite conclusions or that those impacts are outweighed by the advantages they bring to local transportation markets.

Yet government regulators have been hard-pressed to combat these problems, partially because they’ve tied their own hands.

“We’ve let them do what they want,” Paul Koretz, a Los Angeles councilman who has been concerned about the firms’ effect on taxi services, told me.

The issue is especially acute in California, where the Public Utilities Commission took the initiative in 2013 of carving out a separate regulatory regime for the ride-hailing industry, categorized as “transportation network companies.”

That forestalled local initiatives to equalize ride-hailing regulations with those of taxis. Cabdrivers are generally subject to more stringent background checks and vehicle inspections than ride-hailing drivers.

But the PUC has had difficulty overseeing the new industry, as commission President Michael Picker, who took office after the PUC’s action, later acknowledged, calling ride-hail regulation not “something we can do effectively.”

Let’s take a look at the key impacts confronting state and local officials when Uber, Lyft and other such services come into their markets.

Start with congestion. A study by Gregory D. Erhardt and colleagues at the University of Kentucky in conjunction with the city of San Francisco found that average speed within the city decreased to 22.2 miles per hour in 2016 from 25.6 mph in 2010, and that “vehicle hours of delay” increased by 63% in that period.

Although there were myriad contributors to the change, including population and employment growth, the researchers blamed it chiefly on the entry of the ride-sharing firms. The worst increase in congestion occurred in the central business district, where Uber, Lyft and other services were prevalent.

Most trips on those services “are adding new cars to the road,” they found. Most ride-hail drivers, moreover, lived outside San Francisco, so their commute into the city was another factor.

A similar trend showed up in New York City, where Uber, Lyft and other app-based services added 50,000 vehicles to the roads, according to a study by transportation consultant Bruce Schaller.

The arrival of ride-hailing services in a city is generally accompanied by a decline in mass transit. Studies of public transit ridership in major cities published last year by Erhardt’s team concluded that once the services arrive in a market, rail ridership declines by an average of 1.3% and bus ridership by 1.7%.

The effect “builds with each passing year,” the researchers found, to the point where even significant expansion of transit systems isn’t enough to reverse the decline; after eight years, transit systems would have to expand service by 25% just to keep ridership from falling. “Transit agencies are fighting an uphill battle,” they wrote.