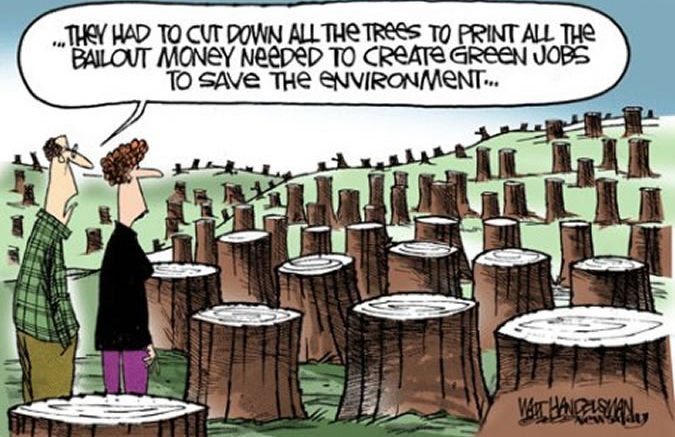 Posted By: Food and Agriculture Organization Of The United Nations November 25, 2016

UN officials are in a panic over the populist movement throwing up barriers to global warming other UN agendas. They urgently seek more urgent action to drive the Paris Agreement home. ⁃ TN Editor

Warning that humanity’s current pathway will cause it to plunge over the “precipice of unsustainability” if unaltered, a top UN official today called for an energetic push in the next decade to implement the Paris Climate Treaty and advance the new global sustainable development agenda.

Although the Paris Treaty aims to limit global warning to a 1.5 to 2 degree rise in global temperatures, “we are still at the moment heading for a 3-4 degree rise and it’s not clear that civilization as we know it can continue to function at those levels,” UN General Assembly President Peter Thomson of Fiji told government representatives gathered at FAO today for an event on the new, internationally-agreed 2030 Sustainable Development Agenda.

In addition to climate change, other pressing issues the Agenda aims to tackle include population growth, poverty and inequality, environmental degradation, and natural disasters, which are driving conflict, migration, and hunger and malnutrition.

Implementing the 2030 Agenda over the next decade to rise to these challenges “presents humanity with its greatest test,” Thomson said, urging a massive effort to educate young people on why its success is critical for their future.

“My generation will not change and will continue on the path to the precipice. But young people — who have most skin in the game, because they will be adult when 2030 comes around — do have the ability to change and to force their parents to change their consumption patterns,” Thomson said.

“The choices they make will determine whether we succeed or fail,” he added, calling on governments to ensure that the SDGs are incorporated into curriculums and “taught in every school on this planet.”

A global masterplan that can work

The good news, Thomson said, is that the SDGs, the Paris Treaty, and other international agreements achieved over the past 15 months — the Addis Ababa Action Agenda, the Sendai Declaration on Disaster Risk Reduction, and the New Urban Agenda — “provide a different path for humanity, which though it won’t take us back to the past, at least bends away from the precipice.”

“These agreements provide us with the universal masterplan we need for peace and prosperity,” he argued, adding: “The stakes are as high as they possibly can be: Humanity’s place on this planet depends on its success.”

All states now have a responsibility to mainstream the Sustainable Development Goals and these agreements into their national planning and programming — and work together to find innovative ways to come up with the $5-7 trillion in public and private financing achieving them will require — according to the UN General Assembly President.

Thomson praised recent advances in doing just that, citing the “inspiring” high level of commitments by leaders at the just-concluded Marrakesh Climate Summit to build on recent momentum to address climate change and implement of the 2030 Agenda.

Pulling together as one

They stressed the strong partnership that exists between the Rome-based UN food agencies to support countries in achieving the 2030 Development Agenda.

“Working together is fundamental to ensuring that no one is left behind,” said Graziano da Silva.

Absolute and total BS! These guys need to have a strong message sent to them and the US needs to get out of the UN before they get TOO much power. Trump needs to take a good close look at Climate change and listen to c-fact and Marc Morano’s Climate depot before this gets out of hand…….

Have da Silva and co ever been farmers or are they just another bunch of university trained bureaucrats? There are food surpluses all round the world and the technology of food production is advancing rapidly. The only things holding down this progress are bureaucrats and politicians.

From what I read today’s technology has produced an apple that is about 20 times less nutritious that an apple grown in the 1950’s.
So, what has modern technology provided? Depleted soils and greatly reduced food yields in terms of nutrition. . . . Progress?