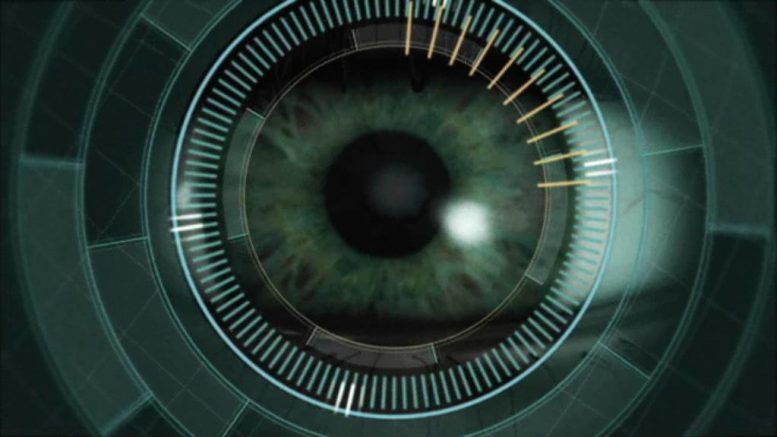 U.S. Marshals are testing new personal identification procedures at airports. Iris scans are as accurate as fingerprints, but can be ‘read’ at a distance. This is done in the name of controlling immigration, but in fact it requires controlling everybody.  ⁃ TN Editor

For some 15 years, airport security has become steadily more invasive. There are ever more checkpoints, ever more requests for documents as you make your way from the airport entrance to the airplane. Passengers adapt to the new changes as they come. But my latest flight to Mexico, originating in Atlanta, presented all passengers with something I had never seen before.

We had already been through boarding pass checks, passport checks, scanners, and pat downs. At the gate, each passenger had already had their tickets scanned and we were all walking on the jet bridge to board. It’s at this point that most people assume that it is all done: finally we can enjoy some sense of normalcy.

This time was different. Halfway down the jetbridge, there was a new layer of security. Two US Marshals, heavily armed and dressed in dystopian-style black regalia, stood next to an upright machine with a glowing green eye. Every passenger, one by one, was told to step on a mat and look into the green scanner. It was scanning our eyes and matching that scan with the passport, which was also scanned (yet again).

Like everyone else, I complied. What was my choice? I guess I could have turned back at the point, decline to take the flight I had paid for, but it would be unclear what would then happen. After standing there for perhaps 8 seconds, the machine gave the go signal and I boarded.

I talked to a few passengers about this and others were just as shaken by the experience. They were reticent even to talk about it, as people tend to be when confronted with something like this.

I will tell you how it made me feel: like a prisoner in my own country. It’s one thing to control who comes into a country. But surveilling and permissioning American citizens as they leave their own country, even as they are about to board, is something else.

Where is the toggle switch that would have told the machine not to let me board, and who controls it? How prone is it to bureaucratic error? What happens to my scan now and who has access to it?

The scene reminded me of movies I’ve seen, like Hunger Games or 1984. It’s chilling and strange, even deeply alarming to anyone who has ever dreamed of what freedom might be like. It doesn’t look like this.

I’ve searched the web for some evidence that this new practice has been going on for a while and I just didn’t notice. I find nothing about it. I’ve looked to find some new order, maybe leftover from the Obama administration, that is just now being implemented. But I find nothing.

Another change has to do with new rules for Homeland Security just imposed by the Trump administration. They make deportation vastly easier for the government. I have no idea if these rules are the culprit for intensified emigration checks.

Chandran Kukathas is right when he says that “controlling immigration means controlling everyone.”

I wonder if Mr. Tucker realizes what was actually being done, since he did not indicate such in the article. He and, I presume, the other departing passengers were surprised and did not recognize the equipment, indicating they had never had their irises scanned before. The agents were not performing any sort of identification; they were collecting iris prints and uploading them to the people’s passport records. I would speculate that there are quiet, determined, and more or less clandestine efforts to collect all of our biometric data taking place all over the world right now.