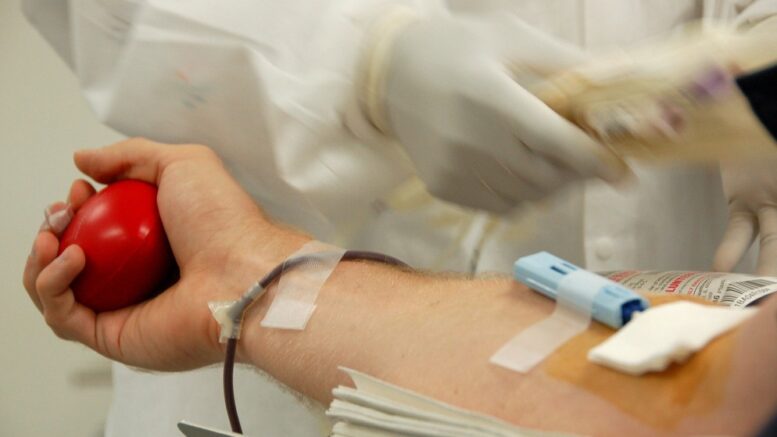 Please Share This Story!
PDF 📄
The face of tyranny is on full display. In New Zealand, Baby W needs surgery. The parents said no blood from donors who were inoculated with mRNA shots. The state promptly took custody of Baby W and told the parents that they are conspiracy nuts to think that spike proteins would be present in a donor’s blood. ⁃ TN Editor

New Zealand’s High Court on Wednesday took custody of an infant whose parents insisted that he only receive blood from donors who had not been vaccinated against the coronavirus, a demand the court said prevented doctors from performing a lifesaving surgery.

The 6-month-old boy, referred to as “Baby W” in court filings, has been diagnosed with a congenital heart defect and needs surgery to survive, according to the court order.

“He remains in urgent need of an operation, and every day that the operation is delayed his heart is under strain,” the order said, citing one of his doctors.

Baby W’s parents, Cole Reeves and Samantha Savage, had insisted that he could only be operated on if the blood used in the surgery came from unvaccinated donors. Doctors said that using blood donated from outside the normal channels was “impractical” for the situation and that doing the surgery without donated blood was “not an available option.”

With time running out and the parents still objecting, Judge Ian Gault ruled that it was “in Baby W’s best interests” for the court to take custody of him temporarily until the surgery could be completed.

Baby W was placed under the guardianship of the court starting Wednesday until he recovers from surgery, but no later than the end of January. The surgery, which is set for Friday morning, is estimated to take 48 hours to complete. Two doctors were appointed as Baby W’s legal representatives for the purpose of consenting to surgery, and Reeves and Savage were appointed as his representatives for “all other purposes.” Doctors said they would “take the parents’ views into consideration” whenever possible — as long as doing so wouldn’t compromise “Baby W’s interests.”

The decision followed a tense period of several weeks fraught with baseless claims, according to the order.

After Baby W underwent a procedure in late October, his parents “were distressed” when they learned that he had had to receive a “top up” of blood. They requested that in the future, an alternative be found, as they did not want their child to receive “any blood other than blood that did not contain the Pfizer vaccine, mRNA, the spike protein or any other associated contaminants,” the order said.

Reeves and Savage later told health-care workers at Starship hospital in Auckland that they believed spike proteins in the blood of people who had received mRNA vaccines — such as the Pfizer-BioNTech or Moderna vaccines — were “causing unexpected deaths relating to transfusions.”

A meeting between Baby W’s parents and doctors in November was “hijacked by the parents’ support person” who spewed “her theory about conspiracies,” according to the order. The person claimed that infants who had received transfusions had died at Starship hospital.

Two days earlier, doctors had met with Savage to explain “that they could not spend more time considering” their requests that Baby W receive blood from special donors and that the parents would need to come to a decision whether to consent to the surgery. Savage “became extremely upset,” according to the order, and accused the doctors of “cornering her without any support present.”

Gault, the judge, said in a Thursday evening court filing that Reeves and Savage had also obstructed the medical staff’s efforts to prepare Baby W for surgery. “You touch our child and we will press criminal charges against you,” they told the staff, according to the filing.

What Happens If You Refuse “Vaccinated” Blood? - Wild Sage News

This is an atrocious violation of parental rights and the rights of baby W. Note the obvious anti-freedom slant of the Washington Post. Was there not a better source for an article concerning this tragic evolution?

God. This story is too awful for words.

In my house, we are searching for unvaxed medical personnel anywhere. NONE to be found. They ALL complied with the please-kill-me-bioweapon. If the independent studies showing the effects of the bioweapon are at all accurate, they’re all going to be dead soon anyhow. Then, there will be no medical personnel, no life-saving drugs and no help for humanity. The globalists had that in mind when they mandated medical workers be injected. What a psy-op!

This is the problem with ‘society’; so-called ‘adults’ BELIEVE that they NEED to go to a ‘doctor’. As I’ve known for decades….they are NOT REAL DOCTORS; they are QUACKS! And NOW?…..that FACT is on full display. There ARE REAL Doctors…..they’re called Homeopathic. Look around and do your research….they’re out there, and then vet them. The only time one NEEDS a doctor, is if one has had trauma (stabbing; gun shot wound; broken bones; internal bleeding, ect). Otherwise WE need to be OUR OWN DOCTORS!! There is SO MUCH info out there to do as such. Dr. Mercola and Dr. Edward… Read more »

Stay away from medical people, period. Vaxed or not…period.

Getting unvaxxed blood isn’t the problem. It’s owning up to the fact that vaxxed blood contains dangerous spike protein and other contaminants. The parent’s rights and the infant’s health must be nixxed to hide the truth and maintain the lie. The complicit judiciary have been bought and paid for. Pure evil.

Folks that give blood, are they actually being asked if they are vaccinated for Covid19? If so, why? Just that fact they would be asking this is questionable in my mind. I’ve never given blood or received it, and I hope it stays that way.

One of two things will happen with this. 1) These Psycho’s will end up giving baby Will tainted bio-weapon blood…..and her will get sick and die, just like that other baby did. Or, 2) If these Psycho’s have any ‘sane’ brain cells left, they will TEST the blood, to make sure that it is NOT bio-weapon blood, just so that they can say, ‘See….we told you so!’. But, these ARE DEMONS that these parents are dealing with.

What Happens If You Refuse “Vaccinated” Blood? – Lighthouse Economics

Tyranny and other aspects of social decay | vulture of critique

State sponsored MURDER! Its time to Take Up Arms for all Free people!

The new W.H.O. treaty Biden signed gives our sovereignty to the WHO and forces us to follow their constitution which includes the eradication of all human rights and human dignity is nullified. Any medical treatment or vax that they want you to take will be forced upon you with no regard to any rights or if it’s even safe for you. It reduces us to cattle. Gates funds the WHO.